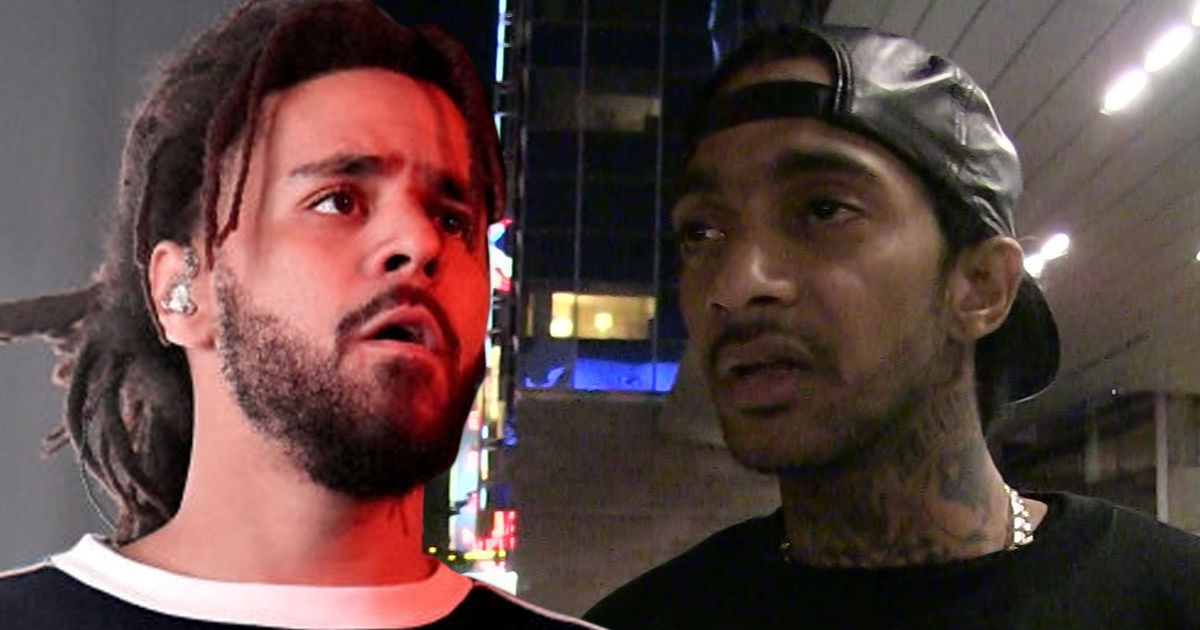 J. Cole took a moment during his sold-out Dreamville Festival to honor the late Nipsey Hussle — and it was quite a special sight to behold.
The North Carolina grown MC was in Raleigh Saturday night, where he packed out Dix Park with no less than 40,000 people who flocked to his inaugural music festival. At one point during the show, Cole performed his hit, “Love Yourz,” which he dedicated to Nip.
It was a touching tribute, with video footage of the slain L.A. rapper playing on a giant monitor behind JC the whole time.

Love Yourz is forever one of my favorites but this performance was everything, Rest In Peace Nip @JColeNC pic.twitter.com/u5GzVk2uVu
— allison (@allyvalee) April 7, 2019

Even before Cole got a single line of lyrics out, the crowd took over and sang the opening verses of the track. It seems like a live band was used for the performance too … which sounded great.
Cole ended “Love Yourz” with an explicit shout out to Nipsey, telling the crowd to make some noise him and to not put their lit cellphones down. The crowd happily obliged.

Big Sean also paid a special tribute to Nipsey during his Dreamville Fest set, going in on what sounded like a fresh freestyle that he appeared to write specifically for the moment.

Sean sent a sweet message to Nipsey himself too, saying he could still feel his energy while going on to thank him for his talent and work in his community.
A memorial will be held for Nipsey Hussle at the Staples Center in L.A. this upcoming Thursday. It’s unclear if the event will feature any music, but if not … Cole and co. certainly handled that here.