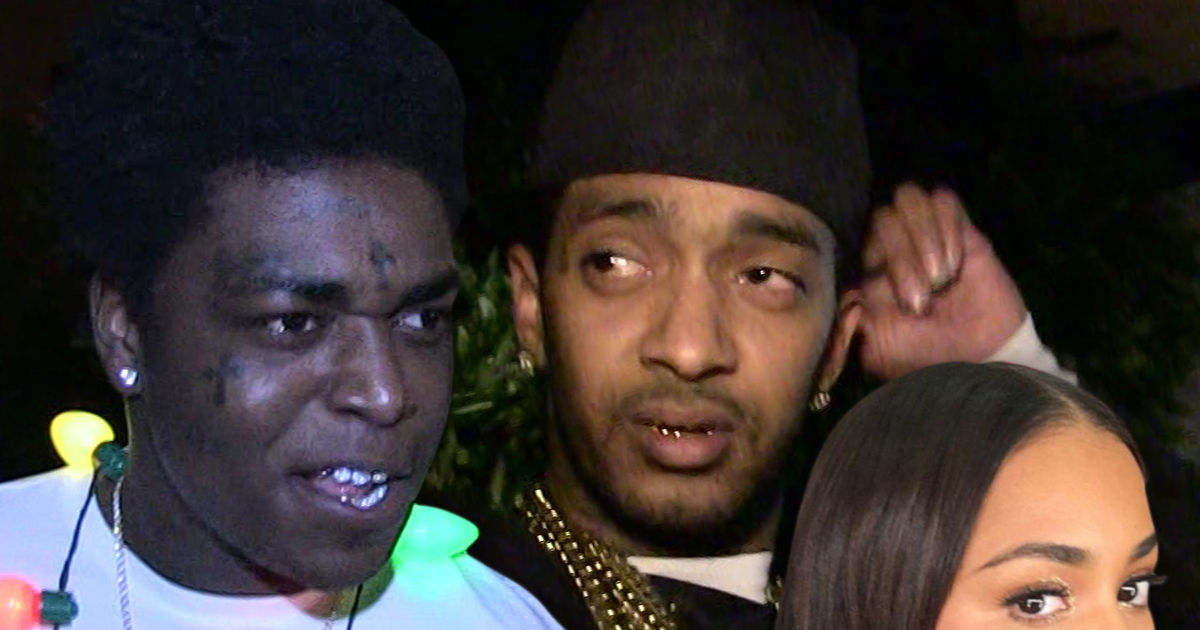 Kodak Black doesn’t seem to care that Lauren London just lost Nipsey Hussle to a brutal murder, ’cause he’s already contemplating when and how to holler at her.
The Florida rapper posted a video to his IG Live, which began getting circulated Saturday — and it shows KB hanging out with some buddies of his and openly talking about Lauren like a piece of meat that he wants for himself in the wake of Nipsey’s death.

Kodak Black on IG talks about Lauren London being single and a widow, that she only needs a year to grieve for Nipsey Hussle, before Kodak will get at her.This is so shameful and disrespectful 🤦🏿‍♂️ pic.twitter.com/4bWiUj2Kt3
— RapVineyard (@RapVineyard) April 6, 2019

Check out the clip — he calls Lauren “that baby” and a “whole widow out here,” while also musing that he’ll be the best man he can be to nab her next. He says he’s even willing to giver a whole year of “crying and s***” before he makes any potential moves on her.
One of his friends asks if Kodak’s shooting his shot, but he says he isn’t … he insists he’s just being friendly, and wouldn’t mind being a shoulder for her to lean on. Kodak also says she “can call my line.”

Keep in mind … it’s been less than a week since Lauren’s long-term partner and father to her child was gunned down in his own neighborhood. She said she’s lost at the moment without him.
Classy guy right here, huh?