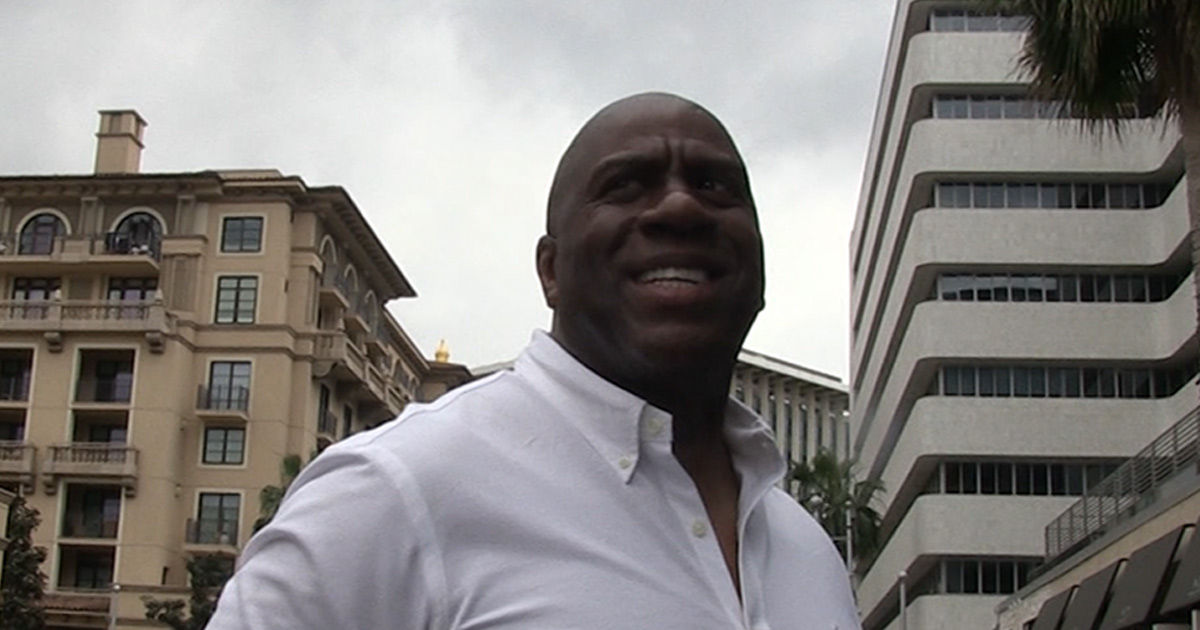 I Love This Team, and LeBron!!!

Magic Johnson has no regrets over how he resigned from the Los Angeles Lakers because he says he’s still doing what he’s always done … trying to help them win.
The Lakers icon and former team president was out in Beverly Hills Saturday afternoon when we asked if he would have done anything differently now that he’s had time to mull it over … he says no way.
As you’ll recall … Magic took some heat for blindsiding everyone with his announcement — including owner Jeanie Buss — citing the fact he wasn’t having fun running the team as his reason.
Seems like he’s in good spirits now, and he tells TMZ Sports it’s because he’s still heavily involved with the Lakers … basically like he’s still got the job. He even says he still talks to Buss daily about team business.
Magic also says his Lakers love is unquestioned and will never waiver … and the same goes for LeBron James. Check it out — Magic still has a master plan for getting L.A. back to championship form with James, too.
So … is there a way to rescind a resignation?