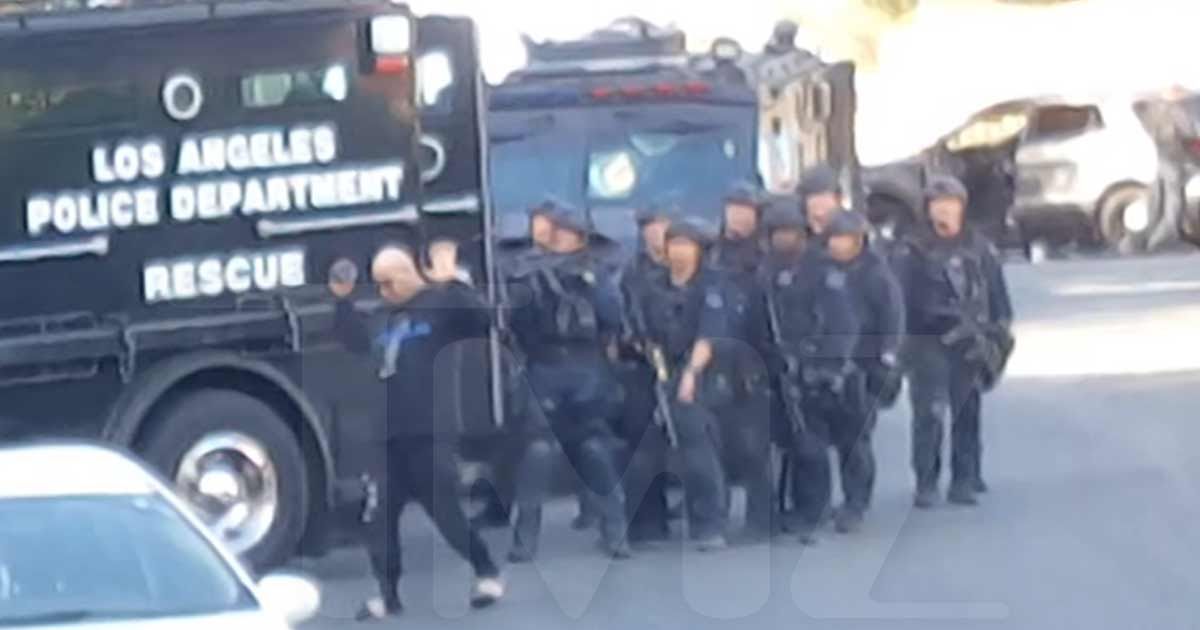 12:05 PM PT — Capt. Foy tells us a Serval cat was also seized from the property and a spider monkey that allegedly belonged to Mall was seized from another property in Los Angeles.
10:45 AM PT — LAPD officers have arrested Mally and others, it appears.
9:40 AM PT — Capt. Patrick Foy of CA Dept of Fish & Wildlife tells TMZ they’ve seized a Cotton-top Tamarin monkey from Mally’s home. He says their investigation began 8-9 months ago when they started getting tips about photos of Mally with the monkey.

It appears Mally posted a video of the monkey back in January of 2018 when he was hanging out with Rae Sremmurd rapper Swae Lee.
9:10 AM PT — We’ve learned the raid is part of a double-barreled investigation … for human trafficking and trafficking of exotic animals.
Law enforcement tells us LAPD’s Robbery/Homicide division, in conjunction with CA Fish & Wildlife, served the search warrant.
Mally’s had several issues with exotic animals in the past. The Health Dept. launched an investigation when he brought a monkey to Ace of Diamonds strip club — and he also gifted a monkey and an ocelot to Justin Bieber.
As for the human trafficking … there were allegations in Nevada he was involved in an escort service.

LAPD is raiding hip-hop producer Mally Mall’s home in the San Fernando Valley, and cops are going in heavily armed … TMZ has learned.
A SWAT team surrounded the ‘Love and Hip Hop’ star’s home early Wednesday morning before moving in to serve a search warrant. Our sources tell us the operation was in progress since before sunrise … as cops prepped for the raid.
There are a ton of officers out there. More than 8 patrol cars, and at least one armored van are lining the block. It’s unclear why cops are raiding Mally’s place. We’ve confirmed he is home though.
Mally’s been through this at least once before. Back in 2014, the FBI raided his Las Vegas home as part of a federal human trafficking investigation.