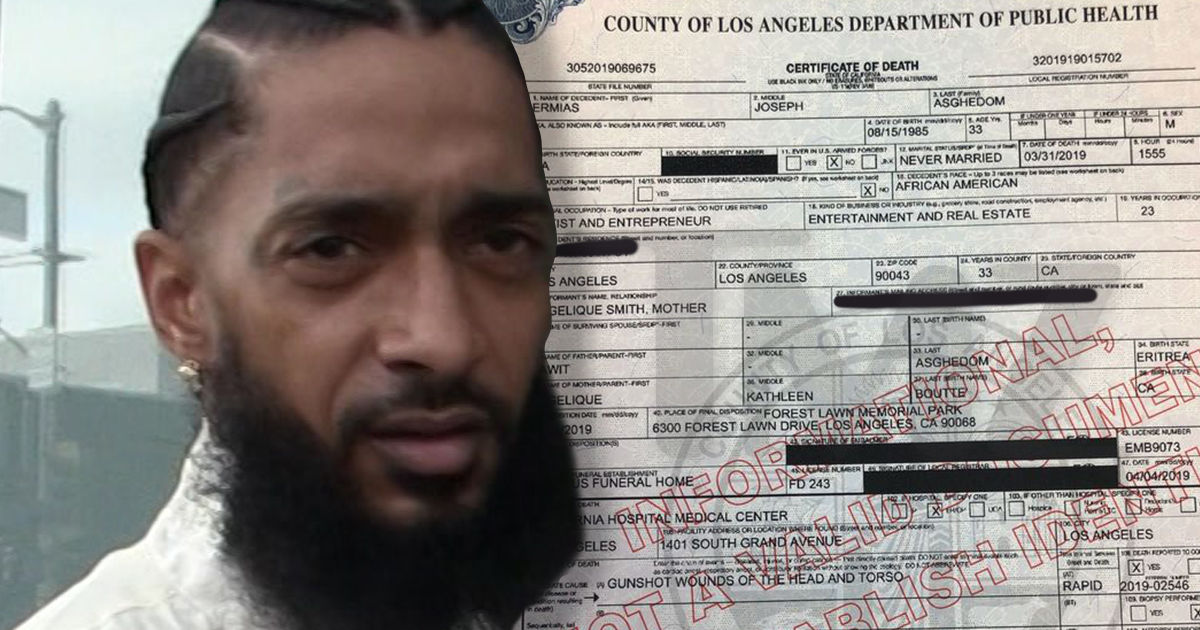 Nipsey Hussle’s death certificate has been released — his cause of death is listed as gunshot wounds to the head and torso — and the rapper was pronounced 35 minutes after the shooting outside his store.
We broke the story … the Crenshaw rapper was gunned down last week in the Hyde Park neighborhood of Los Angeles. Nipsey was rushed to the hospital, and his family and celeb friends showed up shortly after he arrived.
Nipsey’s death certificate — obtained by TMZ — lists his occupation as an artist and entrepreneur. It says he was never married at the time of his death and worked in the entertainment and real estate industries. Nipsey was pronounced dead at 3:55 PM on March 31 … 35 minutes after he was shot.
Nipsey was shot in plain view of a surveillance camera, and footage shows the shooter — who cops believe to be Eric Holder — opening fire 3 different times on Nipsey before kicking his body and fleeing the scene. Two other people were shot, but survived.
Nipsey’s brutal murder has sent shock waves throughout Los Angeles and beyond, with celebs and sports stars paying tribute to the slain rapper in many different ways. Candlelight vigils are being held across the globe and a massive memorial service will be held at Staples Center Thursday.
Nipsey will be buried at Forest Lawn Memorial Park.
As we first reported … the family of the slain rapper wants to do something spectacular so as many of his fans can pay their respects … a procession will follow Thursday’s ceremony through the streets of L.A.
Nipsey was just 33.