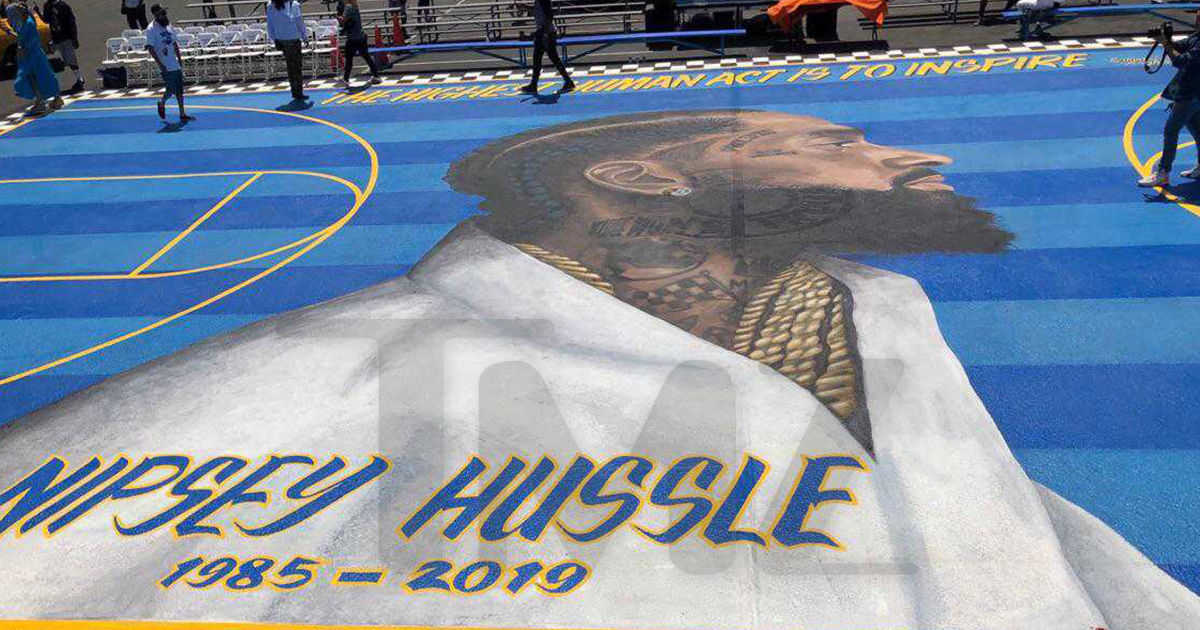 Nipsey Hussle will live on in the Crenshaw District with a public basketball court that now bares his image across 78 feet of pavement … which is getting a ribbon cutting Sunday.
A court outside the Crete Academy charter school — which is just blocks away from where Nipsey was killed — is holding an event that’ll unveil the gorgeous mural done by artist Gustavo Zermeno, which was put into motion by Venice Basketball League’s CEO, Nick Ansom.
Ansom told the media that the court was done as a way to pay Nipsey back for all his work in the community. Nipsey was a big sports fan, especially of hoops.
After the ribbon cutting at 3 PM, there’s gonna be some games ran on the new court. There will be a high school showcase at 4 PM, and then an All-Star game at 5 PM. There’s no telling who might show, but ya gotta imagine some famous faces could surface.
The memorial court is just the latest tribute to Nipsey — who was murdered two weeks ago in front of his Marathon Clothing store. He died at the young age of 33.

A Celebration of Life for Nipsey was just held at the STAPLES Center in DTLA, which drew tons of fans all over California. The procession that followed was a heavily guarded affair as fans flocked to see Nip pass through South L.A. one final time.
His family also held a private funeral service for him on Friday.