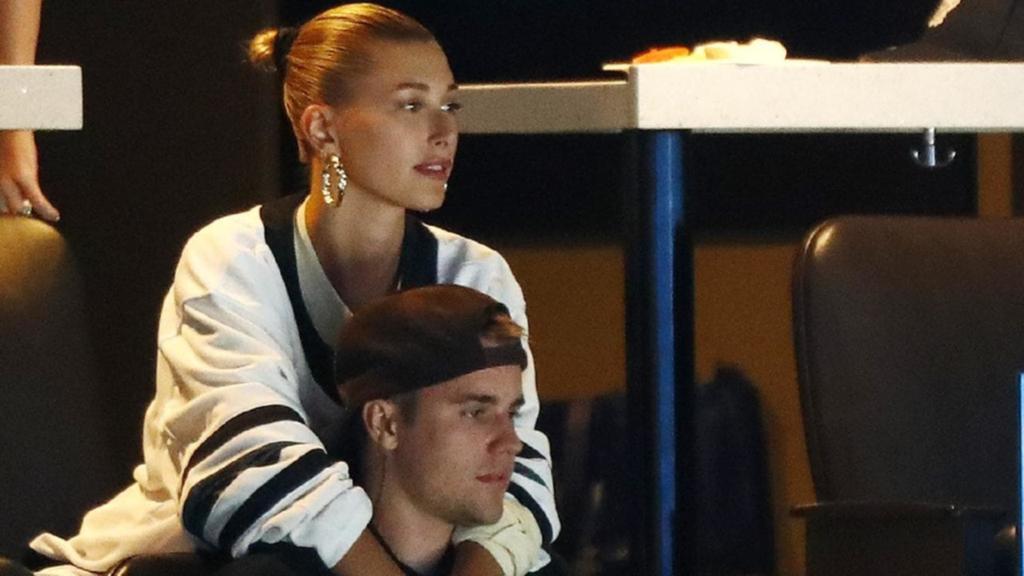 Justin Bieber has denied lip-synching at Coachella, as he ripped into an E! reporter for criticising his comeback performance.“Just saw a video of you ripping me to shreds saying I was lip-synching,” Bieber blasted Morgan Stewart – of E!’s Nightly Pop – in a series of tweets.“They played the song and i just sang overtop of it. regardless why spend your time tearing people down. It’s People like you that are bullies at school that are making kids suicidal.”The Sorry singer continued to confront Stewart, encouraging her to use her TV gig to lift others up instead of tearing them down.JUSTIN AND HAILEY’S SEX BAN INSANE CELEB STYLE AT COACHELLA Camera IconJustin Bieber, right, and his wife Hailey Bieber were spied at the 2019 NHL Stanley Cup Playoffs between the Boston Bruins and the Toronto Maple Leafs in Boston.Picture: AFPCamera IconThe couple packed on PDA during the game.Picture: AFPHe added, “Imagine if you spent even half the time you spend laughing at other peoples expense actually building people up and encouraging people how much positivity you could bring”“What hurts about this is the fact that you have a platform to make a difference.”In a separate tweet, Bieber also told Stewart, “You belittle people, rather than try and make people feel accepted and loved you find things to pick apart like the world isn’t full of that already.”Camera IconAriana Grande’s Coachella performance was marred by controversy.Picture: Getty ImagesGrande also weighed in and defended the pair’s performance.“We also decided to do this ten minutes before my set started. we had 0 soundcheck, 0 rehearsal,” the thank u, next singer commented on Bieber’s thread. “u were singing with the back tracking like most cameos do. people are bored. people don’t know how it feels to be under such scrutiny. the world was happy to have u on stage again.”She added, “i don’t like when people try to ruin beautiful moments for my friends that’s all. have a good day.”In a segment of Nightly Pop this week, Stewart said, “I did not realise it was going to be that bad”.She then commented on Bieber’s appearance, saying, “He definitely looks like he put an oxy pad on that forehead, but I don’t care. That is f***ked up!”In March, Bieber opened up about his struggles with mental health, sharing that he was taking a break from music to focus on some “deep rooted issues.”Stewart has so far no responded to Bieber’s tweets.This article has been edited and republished from the New York Post with permission.