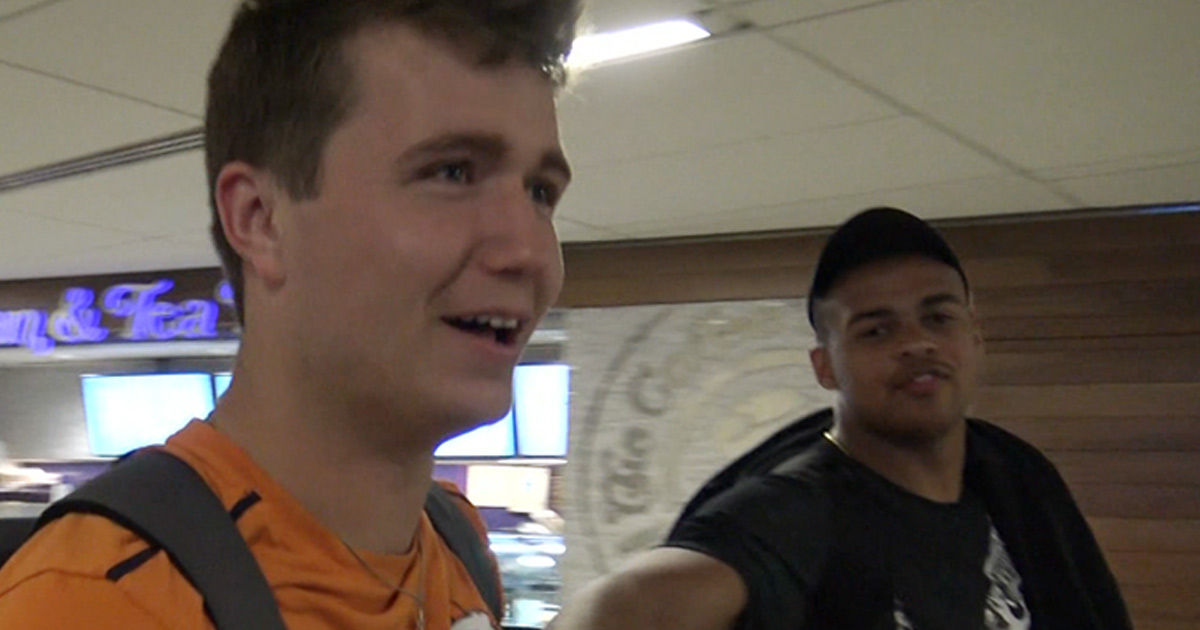 Two of the Denver Broncos top NFL Draft picks –QB Drew Lock and TE Noah Fant — were involved in an airport shuttle crash at LAX on Wednesday … but don’t worry, THEY’RE FINE!!
In fact, Lock was laughing afterward and joked, “We’ve taken worse hits!”
Fant (the 20th overall pick) and Lock (the 42nd overall pick) had just touched down in Los Angeles and boarded a shuttle to take them from the plane to the terminal when it collided with another vehicle.
“The shuttle hit something,” Lock said … “It was wild.”
Lock — who was standing inside of the shuttle at the time — says he doesn’t believe anyone was injured in the wreck … noting, “It was just really weird.”
Lock says the crash was “pretty hard” — but both guys seemed fine afterward … joking that they wouldn’t be filing insurance claims or anything like that.
There’s more …
Lock was also asked about a potential rift with Broncos starting QB Joe Flacco — who recently said it was not “my job” to mentor Lock.

But, Lock says there’s NO BEEF AT ALL — in fact, he’s been getting along pretty well with Flacco so far.
“Me and Joe … he’s taught me a lot so far,” Lock said.
“He’s been great to me.”
See, everything’s working out for the Broncos.