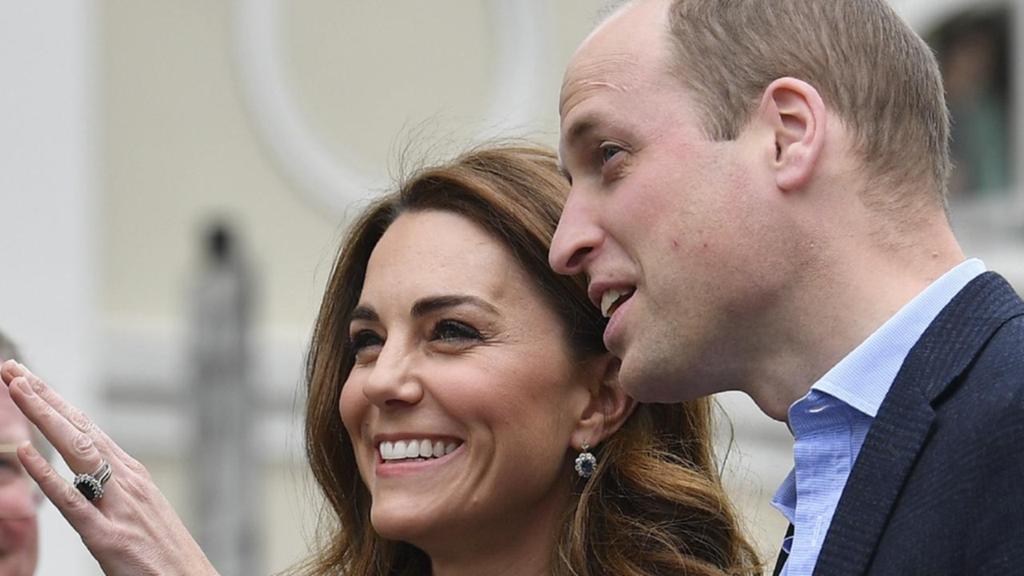 Prince William and Kate Middleton have finally met their new nephew, Archie Harrison Mountbatten-Windsor.The Duke and Duchess of Cambridge reportedly travelled to Frogmore Cottage in Windsor on Tuesday to meet the baby, a full week after Meghan Markle gave birth.Camera IconKate and William have met their nephew.Picture: AP, Ben Stansall/Pool via APEarlier in the day, Prince Harry showed no signs of “the sleep deprivation society” as he visited the Oxford Children’s Hospital.He met young royal fans outside the hospital in Oxford just over a week after his wife Meghan, the Duchess of Sussex, gave birth to their first child, Archie.Camera IconFormer patient Daisy Wingrove, 13, gives Prince Harry a gift for baby Archie.Picture: Getty Images, Chris Jackson/Getty ImagesCamera IconHarry, who is now the proud father of baby Archie, looks well-rested.Picture: APCamera IconThe new father laughs as he receives the teddy bear.Picture: APHe met with doctors, nurses and a patient, 13-year old Mikayla, who previously met Harry in 2016.And he popped into the hospital’s school to give children a lesson they would always fondly remember.Harry laughed as former hospital patient Daisy Wingrove presented him with a cute teddy bear for his baby son. He also admitted that he’s still adjusting to being a dad, telling a member of the public: “I’m not sure I’m used to it yet.”Camera IconThe Duke of Sussex talks to a little girl in the crowd.Picture: Getty Images, Chris Jackson/Getty ImagesCamera IconPrince Harry chats with a patient as he visits Oxford Children’s Hospital.Picture: APPrince William joked last week that he welcomed his brother into the “sleep deprivation society” that is parenting.But Prince Harry has kept up with his engagements, even travelling to The Hague last week to launch a countdown to the Invictus Games.Camera IconThe proud parents with baby Archie Harrison Mountbatten-Windsor.Picture: AFP, Dominic Lipinski/AFP