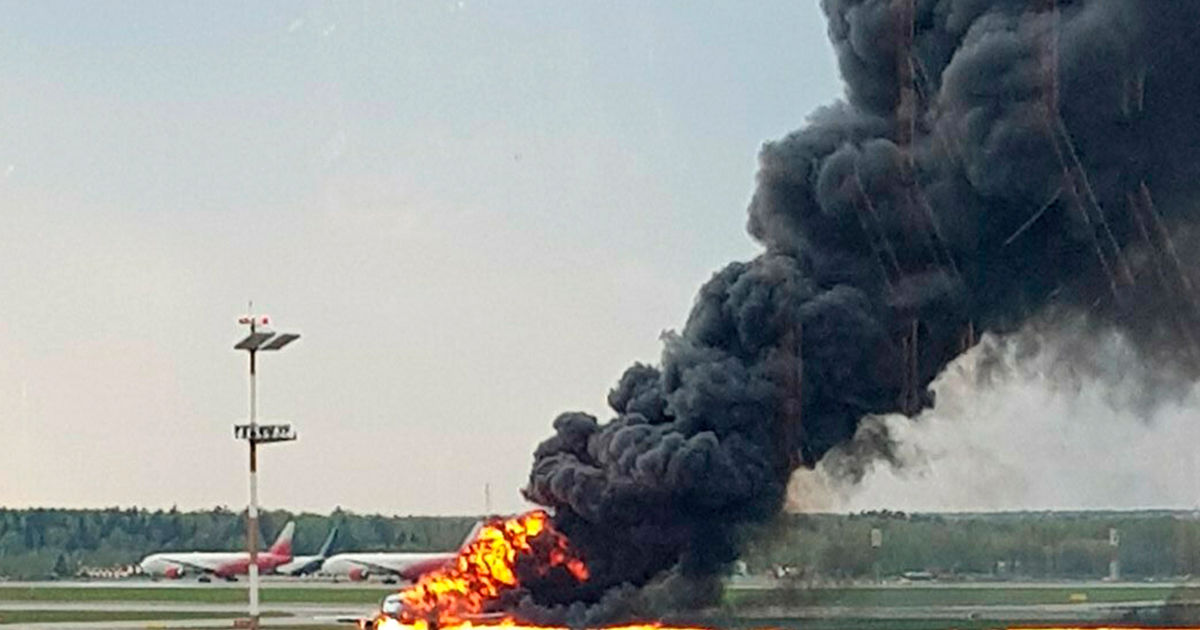 1:57 PM PT — Russian investigators now say the death toll from the burning plane has jumped to 41, more than half the number of passengers on board originally.

A Russian airliner made an emergency landing Sunday when it caught on fire midair … leaving at least 13 people dead, according to officials.
The horrific incident was filmed by multiple bystanders who captured the landing from Moscow’s Sheremetyevo Airport — where the plane circled back to in order to land safely, per local reports. 73 passengers aboard were heading to Murmansk — about a 2-hour flight.

#BREAKING: Russian News Agency TASS reports at least 13 people have been killed after an Aeroflot passenger plane made an emergency landing in Moscow’s Sheremetyevo airport due to a fire on boardpic.twitter.com/3PBsFoay0N
— I.E.N. (@BreakingIEN) May 5, 2019

In video of the landing, you can see the plane — an Aeroflot Sukhoi Superjet — engulfed in a huge ball of flames as it skirted its way down the runway. Further footage shows multiple passengers evacuating the aircraft through emergency inflatable exits.

Paramedics and fire personnel rushed to the scene to the help. The passengers that safely made it off were fleeing the inferno they’d just been trapped in.

BREAKING: Panicked passengers rushing to evacuate a burning Aeroflot plane at Moscow’s Sheremetyevo Airport after the Sukhoi Superjet-100 made a mind-blowing fiery crash-landing from the second attempt. Injuries reported. Video Via @bazabazon pic.twitter.com/Fa5UAUEHop
— Breaking911 (@Breaking911) May 5, 2019

No official word on what caused the fire in the air — some reports are surfacing that suggest a lightning bolt might’ve struck the plane up above … but that hasn’t been confirmed.
Russia’s Investigative Committee says it has launched a criminal probe into the incident — although it’s not clear that foul play is suspected at this time.
Originally Published — 12:32 PM PT