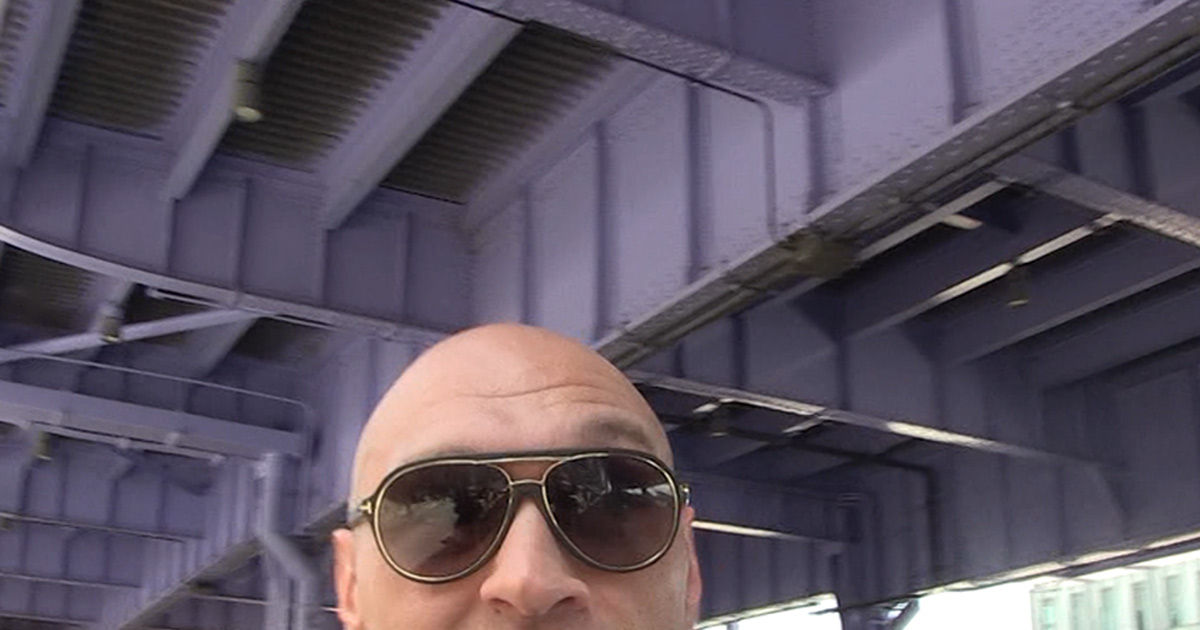 Tyson Fury says Deontay Wilder’s 1st-round KO of Dominic Breazeale was “highlight reel” stuff … but it ain’t enough to get the job done against the Gypsy King when they rematch.
In fact, Fury has a message for his boxing nemesis … “Deontay Wilder can suck my nuts!”
Yep, that’s how this clip went when we saw Fury in NYC on Monday — lots of that good ol’ fashion trash talk he’s become famous for.
Fury says Wilder ain’t skilled in the sweet science — all he has is a puncher’s chance … and it ain’t enough to beat him when they square off for the second time … whenever that may be.
In fact, since Fury took Wilder’s best shots during their December fight and got up TWICE — we asked what it was like to be hit by the Bronze Bomber.

“It ain’t so bad. I got up, didn’t I?!”
Fury says he’s down to fight Wilder any time, anywhere… saying he would agree to a bare-knuckle fight in Times Square RIGHT NOW if Wilder was willing to sign on the dotted line!
Whenever they fight again (hopefully soon), Fury says he’ll make Deontay his “bitch” — adding, “I promise him he’ll be looking at the stars!”
Tyson and Deontay fought to a draw the first time around in one of the best heavyweight fights in years.
Wilder and Fury have said they want a rematch — but boxing politics seem to be getting in the way.
The other guy in the mix is Anthony Joshua. Wilder wants to fight him badly too … but they just can’t seem to get the deal made.