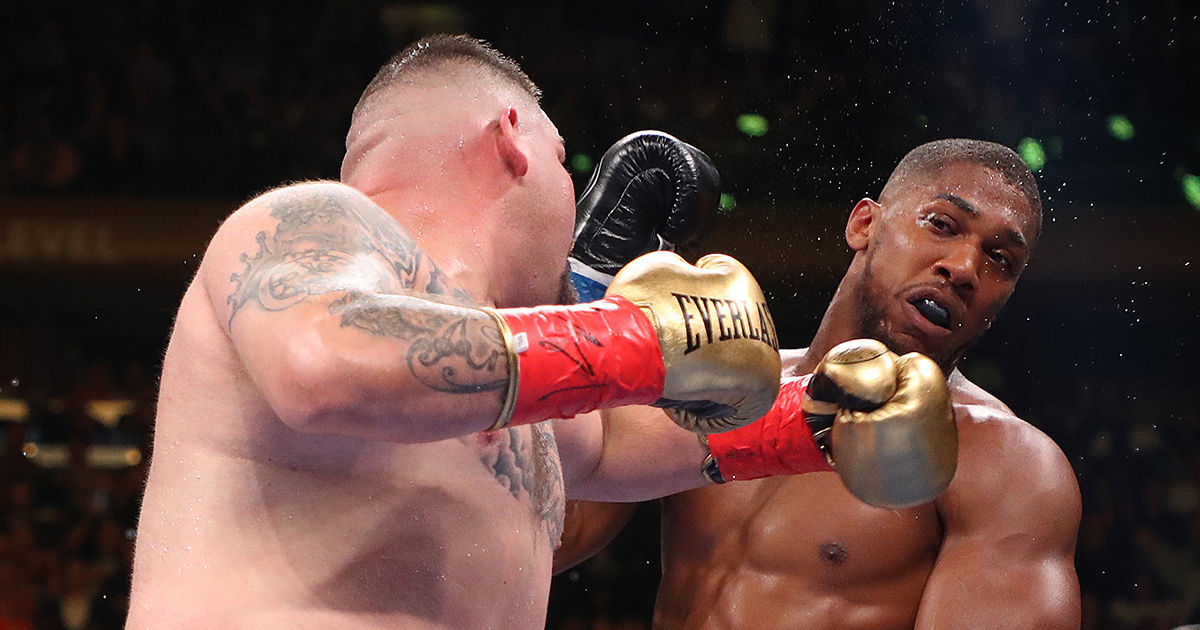 No Memory From 3 Rd. Of Ruiz Fight

Anthony Joshua has zero recollection of the disastrous 3rd rd. of his Andy Ruiz fight … where he was pummeled and knocked down twice — this according to his promoter Eddie Hearn.
Joshua was a massive favorite in the fight against Ruiz … but was stopped in the 7th round in one of the most shocking upsets in boxing history.
Hearn sat down on DAZN and opened up about the fight and revealed Joshua legit doesn’t recall the beatdown he took in the 3rd round.

“He doesn’t remember anything really from the 3rd round. In fact, he’s taken a little positivity that he managed to go 4 rounds after that because he says, ‘ya know, my senses weren’t there.”
Eddie also laid any speculation to rest that the 7th round stoppage was bad … saying he not only agreed with it, but was relieved by the ref’s decision.
“100% right stoppage. If you actually watch it back, we were watching it last night, and Anthony says ‘yes,’ and goes to walk forward, and the ref just nudges him and he goes back on the ropes, and then the ref stops it, and I’m actually glad he did cause Anthony would’ve kept going all night.”
AJ’s loss threw heavyweight division into a tailspin … and Hearn has activated the mandatory rematch clause — although no date has been set.
The way things went down … maybe it’s best AJ doesn’t remember.