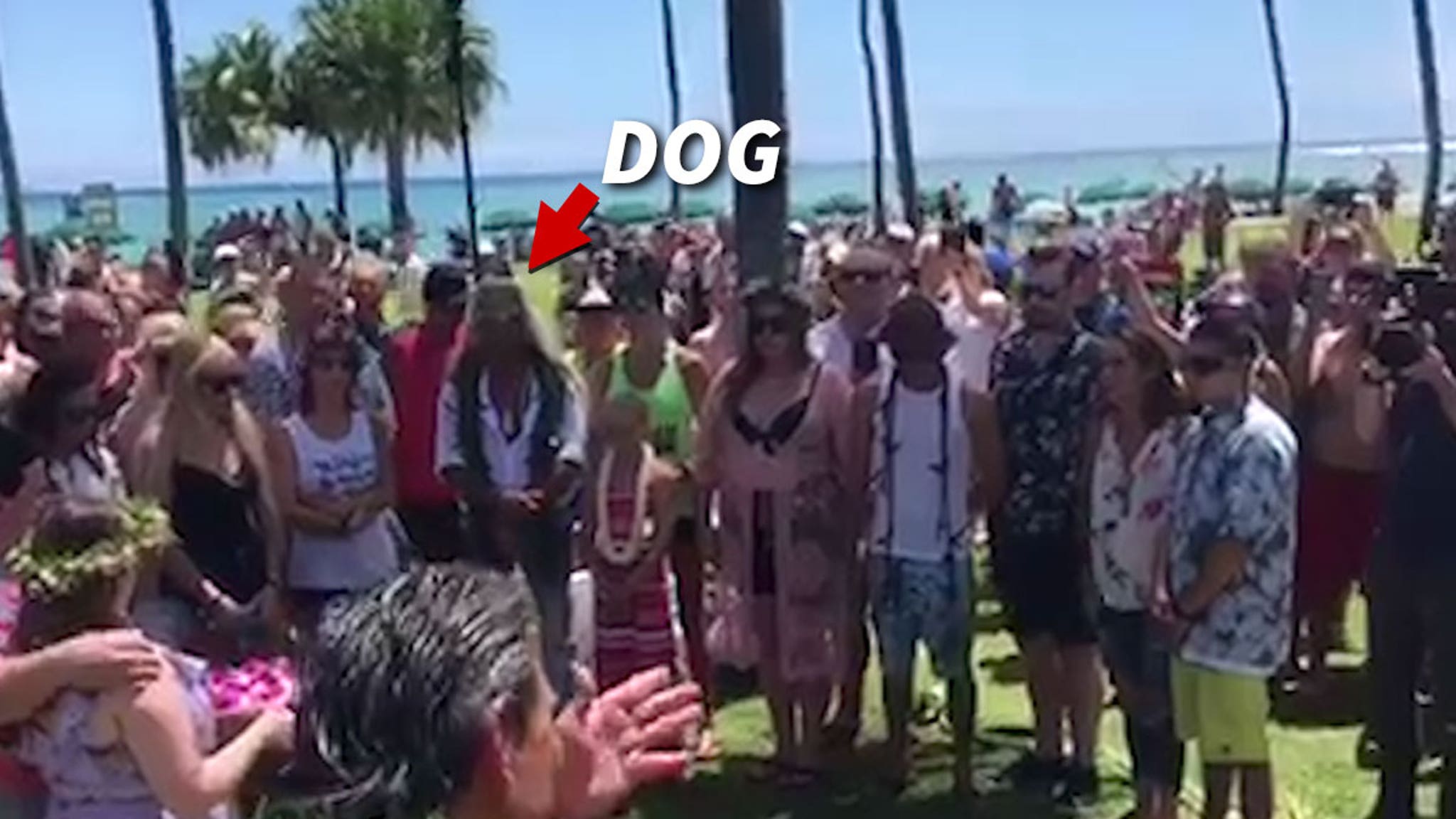 Beth Chapman is being remembered with one final voyage into Hawaiian waters at the hands of her friends and family … this in the wake of her tragic death.

Dog the Bounty Hunter’s wife is being memorialized Saturday at Fort DeRussy Beach in Waikiki — where Duane and much of her family, as well as some friends, are in attendance for one final goodbye. The ceremony just got started — Duane showed up with other members of Beth’s fam. The scene is beautiful, albeit somber.

The service is being done with some Hawaiian customs in mind — we’re told a traditional chant known as an oli will be performed, and a prayer’s to be said while a paddle-out will be carried out by Duane and co. Looks like the prayer and chant are underway.

Dog just delivered a heartfelt speech as well, thanking those who came out to pay their respects to his wife … and sharing why Hawaii was so special to her.

Based on how many people showed up, it’s clear Duane honored Beth’s wishes of having her dual memorials be open to the public. It’s a relatively modest-sized crowd for now, but it could grow as things continue.

A Colorado service is still being planned — Beth and Dog had a home there too.

TMZ broke the story … Beth died Wednesday at a hospital in Honolulu, where she’d been placed in a medically-induced coma a few days prior as a result of another choking emergency related to her cancer. She was 51.

Duane addressed Beth’s passing to the media outside his Honolulu home, saying her death came fast … but also remembered her with some light humor. Folks even started leaving flowers at a makeshift tribute near the home as well — it’s clear she was beloved by the people there.

Like we told you … the network that made both Duane and Beth icons, A&E, is also giving the late reality TV star a proper send-off by airing an in memoriam segment at the end of their 4-hour “Dog the Bounty Hunter” slot for Monday’s broadcast.

She leaves behind her husband, and several children, step-children and grandchildren.