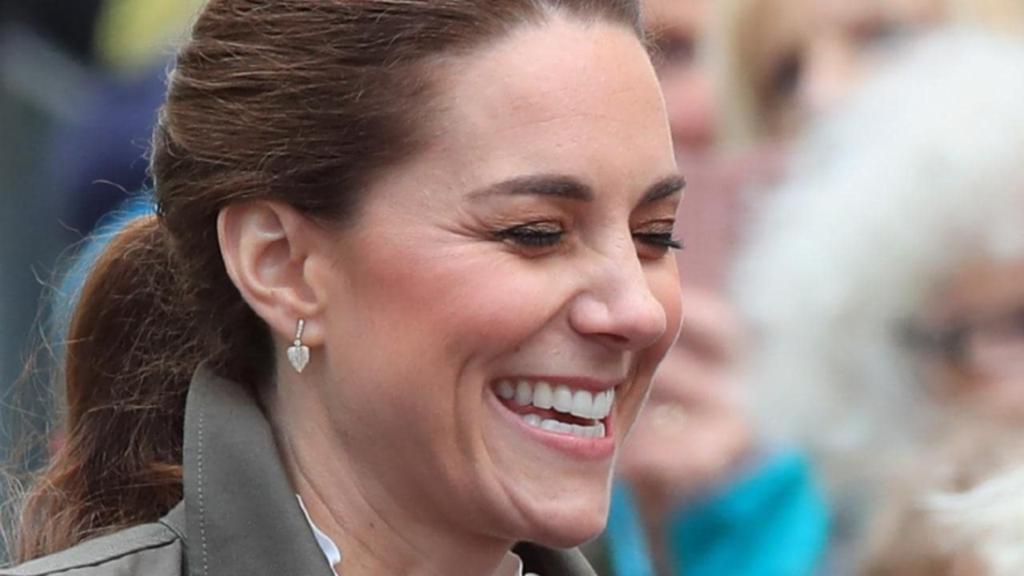 Earlier his week, the Duchess of Cambridge arrived in Cumbria, England, looking chic in a casual – but stylish – ensemble.But one little girl who was waiting to meet Kate in the crowds, wasn’t impressed by the 37-year-old’s dressed-down look.Camera IconOne little girl was disappointed Kate Middleton didn’t look like a Frozen princess.Picture: Supplied, Peter Byrne/PA WireIn fact, she was gutted that the mum-of-three hadn’t turned up to the Lakes wearing a Disney’s Princess Elsa costume.According to People, while meeting royal fans, the little girl along with her sister presented Kate with a bouquet of flowers.Their dad said: “It’s a princess. You love princesses!”Turning to Kate, he added: “She wanted to know if you’d be wearing your Princess Elsa dress.”Camera IconThese dogs were lucky enough to get a royal pat.Picture: Supplied, Peter Byrne/PA WireAdorably, the Duchess took the opportunity to explain, revealing she’d worn jeans because she was “going to see some sheep”.“I know. I’m sorry,” she said.“I came in my trousers and my coat because I’m going to see some sheep.”Watch the adorable encounter below:The Duke and Duchess visited the region this week to celebrate the work of local heroes, volunteers and those supporting the rural community in Cumbria.The royals met volunteers from the local mountain rescue service, community first responders, and organisations that have benefited from grants from the Cumbria Community Foundation.Yesterday, mum Kate couldn’t stop laughing as she tried her hand at sheep shearing during a visit to Deepdale Hall Farm.Camera IconThe Duchess told the young girl she’d wore jeans because she was “going to see some sheep”.Picture: Getty ImagesKate and Will met the Brown family, who have been farming in the valley near Lake Ullswater since the 1950s.The pair got stuck into life on the farm, also giving herding and dry stone walling a go.This story originally appeared on The Sun and is republished with permission.