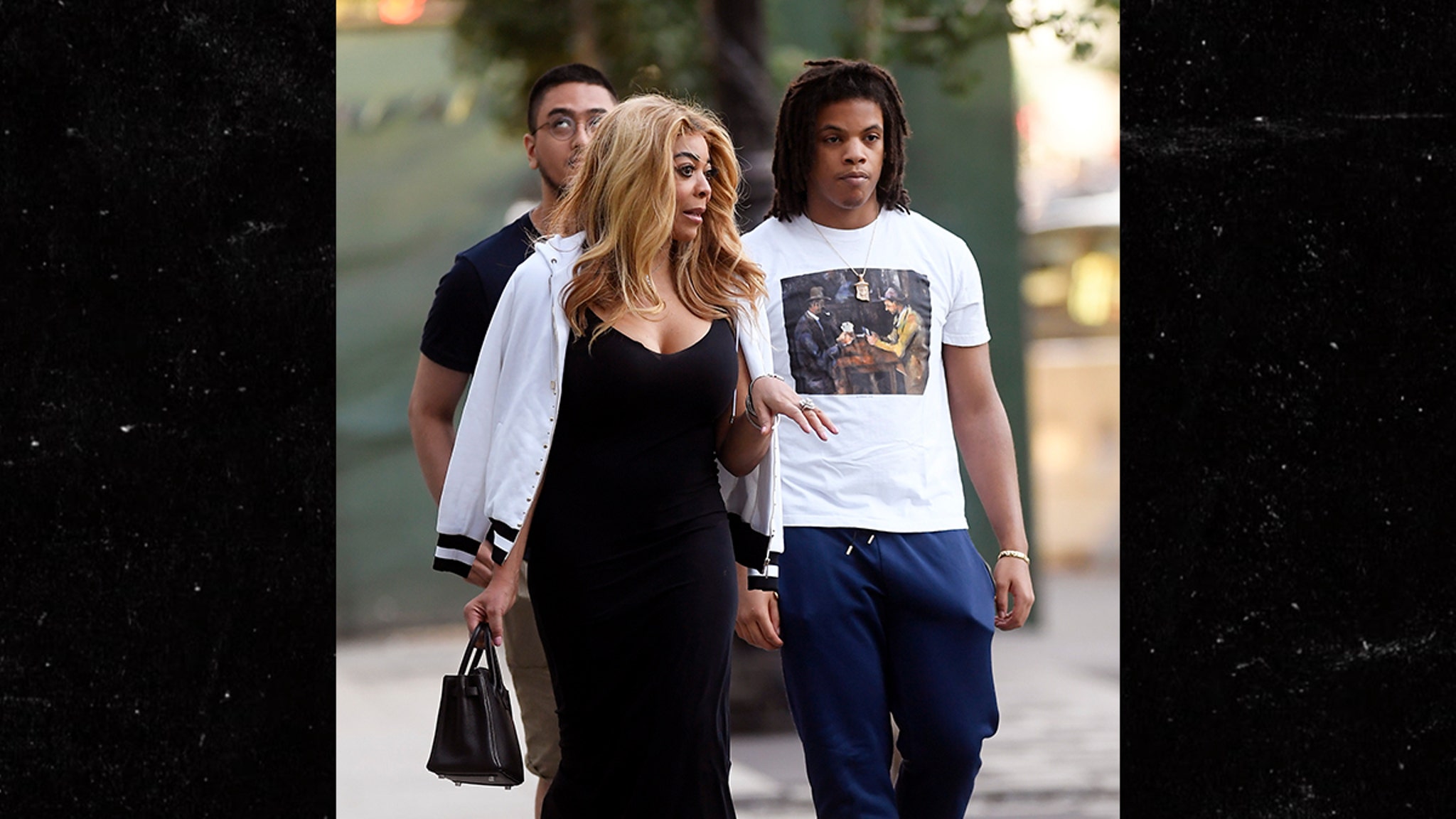 Wendy Williams and her son put his assault case aside to grab some grub together, as his legal drama could soon be coming to an end … if he plays his cards right.

The talk show host and Kevin Hunter Jr. were out in New York Thursday night, seen for the first time since he pled not guilty in a New Jersey courtroom Tuesday.

The 2 looked pretty relaxed, especially Jr. in sneakers, sweats and a white t-shirt with an interesting photo on it. Check it out … it’s a pic of one of Paul Cezanne’s paintings from his 1890s The Card Players campaign.

Perhaps Wendy’s son’s trying to say something here — he’s playing the hand he’s been dealt, he’s got good cards, or ya gotta know when to hold ’em and know when to fold ’em — or maybe it’s just a shirt.

Either way … our sources tell us Kevin Jr. is likely on course for a conditional dismissal in his case, meaning he can completely clear his name if he stays out of trouble for a short amount of time.

As we’ve reported … Kevin Sr. has said he does not want to press charges against his son following their scuffle in a parking lot last month in which Jr. allegedly punched Sr. and got arrested for assault.

The incident has soured the father-son relationship, and while things have seemingly gotten a little better as Wendy and Kevin Sr. go through their divorce … it looks like Dad’s still not invited to dinner.