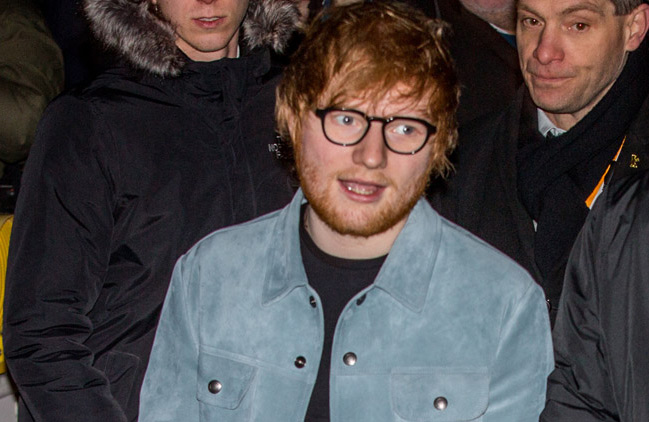 Ed Sheeran has spent £4 million to buy the properties next door to his London home.

The 28-year-old singer has splashed out on the buildings surrounding his £19.8million mansion in the English capital, in order to protect his privacy.

A source told The Sun newspaper’s Bizarre column: “When he got a chance to buy up the two houses next to his London home, he jumped at the chance.

“Ed has not only made a wise investment but is limiting the chance of people grumbling about loud music or parties. He also decided to buy the flat above his restaurant in Notting Hill because that could have been a massive sticking point for the business going forward.”

Ed has a huge property portfolio, with a total of 22 properties which have cost almost £47million in total.

The largest is a sprawling home in Suffolk in East England with his own pub and entertainment facilities but Ed recently admitted his wife Cherry Seaborn is worried that he is isolating himself at the large estate.

He said: “Cherry’s trying to get me away from it. She’s scared that the pub, the cinema – I’ve made it like my friends can just come here now rather than me going out. Cherry’s always trying to get me to go out more and more.”

The singer/songwriter revealed he hasn’t been able to just pop out to buy something like a loaf of bread in the last three years because of how famous he is, and while Cherry can appreciate he doesn’t like the overwhelming attention of fans she has told him it’s “not healthy” to always stay inside.

He added: “She’s seen [the mobs], she obviously doesn’t like it. But she says it’s not healthy to do this.”

However, he explained he feels comfortable in Suffolk – where he was raised – because people treat him “pretty normally”, despite his pop superstar status.

And Ed – whose new album ‘No. 6 Collaborations Project’ was released earlier this month – says he feels like the luckiest man alive due to his relationship with Cherry, because she loves him unconditionally.

He said: “Constantly I wake up every day with Cherry and I’m like, ‘Why are you with me? You could literally be with whoever you wanted and you chose me.’ And I’m saying all of the things that I think are wrong with me and you still want to be with me, and I find that amazing … That would be the worst thing. To just take it for granted.”