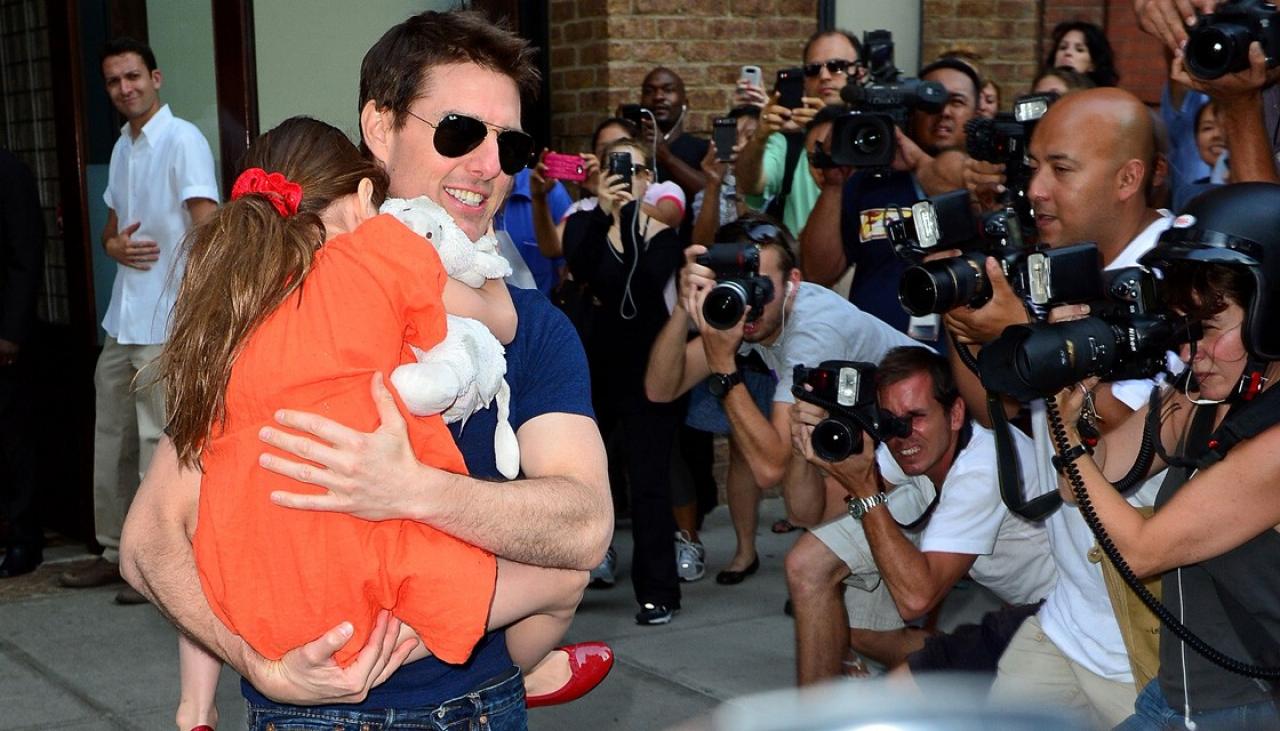 A former Scientologist has made a bombshell claim that Tom Cruise may have been trained by the Church of Scientology to believe his daughter Suri is not really his child.

Sam Domingo is the Daughter-in-law of opera singer Placido Domingo, and has previously given interviews about various Hollywood star’s affiliation with the notorious religion.

“The church has this idea that children, for example, are just thetans or spirits in the small body,” Domingo said.

“If a kid dies, it doesn’t really matter to them. You can get pregnant and you can have another one, and that spirit you lost can come back in a new body.”

Domingo also claimed that Cruise would be shunned from the church if he kept in contact with his ex-wife, who has primary custody of Suri, now 13 years old.

“I’m sure if he could rescue Suri from the clutches of her mom he can,” Domingo said.

“But you know what? He can get her in the next lifetime so it doesn’t really matter. She’s not really his daughter.”

Multiple media outlets claim Cruise hasn’t been photographed with his daughter since 2013. Earlier this year, it was reported the Hollywood actor banned another ex, Nicole Kidman from the wedding of their son Connor Cruise.

Connor is allegedly set to marry a “Scientology princess” picked out by the church for him, named Silvia Zanchi.

Kidman was also absent from the marriage of her daughter Bella’s wedding in 2015.

Domingo has previously claimed that Kidman’s children were brainwashed by the church to turn against her.

She also alleged John Travolta attempted to use a Scientology technique to bring his dead son back to life, and that Jada Pinkett Smith once worked as a recruiter for the church.