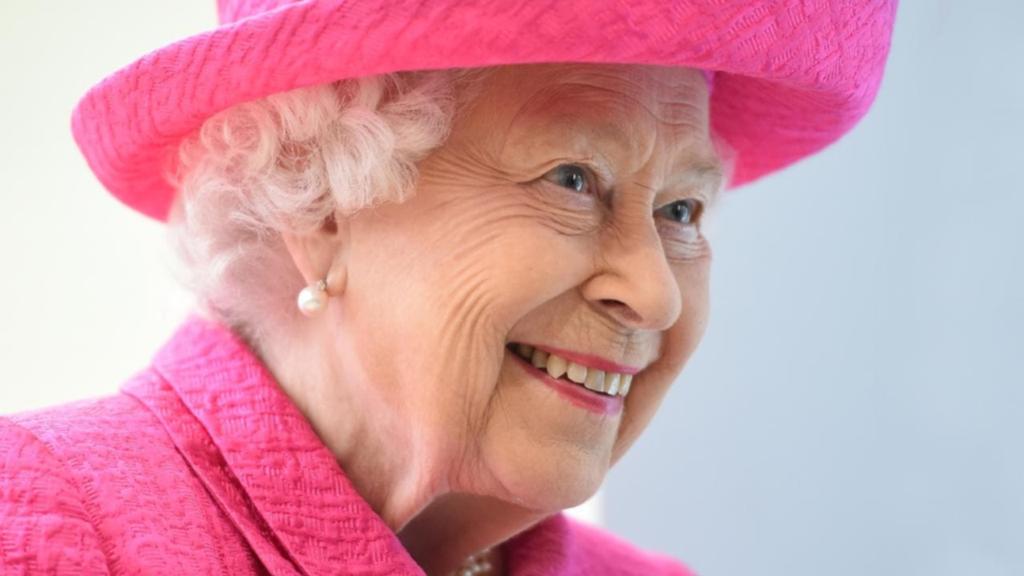 A former royal staffer has revealed how the Queen selects her outfits, including that she doesn’t actually see her full wardrobe.Palace insider Paul Burrell has opened up about where the monarch keeps her clothing and accessories, and that she chooses what to wear by looking at “sketches” of her custom-made ensembles. “The Queen has to have her outfits brought down to her, all her clothes are kept on the top floor,” Burrell said in Yahoo Style UK’s video series, The Royal Box. “Her dresser will bring down two outfits in the morning, which are sketched with pieces of material clipped to them so that the Queen can remember whether it’s silk or cotton or wool,” he said. Camera IconHer lavish wardrobe includes this sleeved beaded gown, as worn when she hosted The Queen’s Dinner during The Commonwealth Heads of Government Meeting at Buckingham Palace last year.Picture: AFPCamera IconGreen with envy! Queen Elizabeth, right, with her granddaughter-in-law, Meghan Markle.Picture: Getty Images“The one the Queen picks is the one which is brought downstairs from up above, so she doesn’t actually see her wardrobe with clothes in it,” he added. Burrell had a front-row seat to Her Majesty’s day-to-day life when he was her footman (aka personal assistant), before becoming Princess Diana’s butler. Queen Elizabeth is known for wearing bright outfits, favouring hot pink and green, as well as pastel-coloured tweed skirt-suits, floral dresses and matching hats, teamed with pearls, diamonds and of course, crowns. Camera IconSignature style! The Queen, centre (pictured with sons Prince Charles and Prince Andrew), wearing pearls and pastel tweed at Trooping The Colour in June.Picture: Getty ImagesThe Queen, 93, isn’t scared to repeat outfits, as the New York Post notes, she is known for re-wearing custom-outfits made by her dressmaker Angela Kelly or royal couturier Stewart Parvin.The Queen is also known to hand down items she no longer wears. “The Queen’s clothes are a constant source of comment in the media and she will wear a favourite outfit for years,” according to the 2011 book Not in Front of the Corgis. “When she finally tires of it, she will hand it to one of her dressers, who can either wear it or sell it.”Camera IconShe has an extensive collection of floral frocks, as seen earlier at Buckingham Palace last week.Picture: AFPCamera IconMore florals during a private reception at Buckingham Palace on July 11.Picture: Getty ImagesThis is a trait shared by her granddaughter-in-law, Kate Middleton, who is also known for re-wearing her designer outfits, including a hot pink Stella McCartney dress she had own for nearly a decade and rewore recently to Archie’s christening. For the “intimate” christening gathering, Kate took a thrifty approach, sporting a pink Stella McCartney dress with a bow neckline, teamed with a red headband and a pair of red pointy-toed heels.Camera IconGolden girl! The Queen, pictured with son Prince Charles, dazzled in a metallic frock at her 2012 Jubilee concert.Picture: AFPKate first wore the knee-length dress in 2009 and has had it in her wardrobe for a decade.Of course, this recycled outfit approach is a far cry from Meghan Markle, who has spent £800,000 ($A1.43 million) on her Givenchy and Burberry-clad designer wardrobe.Camera IconEarly era! Florals were her favourite even in 1954.Picture: News Limited, News Corp AustraliaCamera IconShe wore this tailored skirt-suit — teamed with pears and a box-shaped bag — in 1970.Picture: Supplied