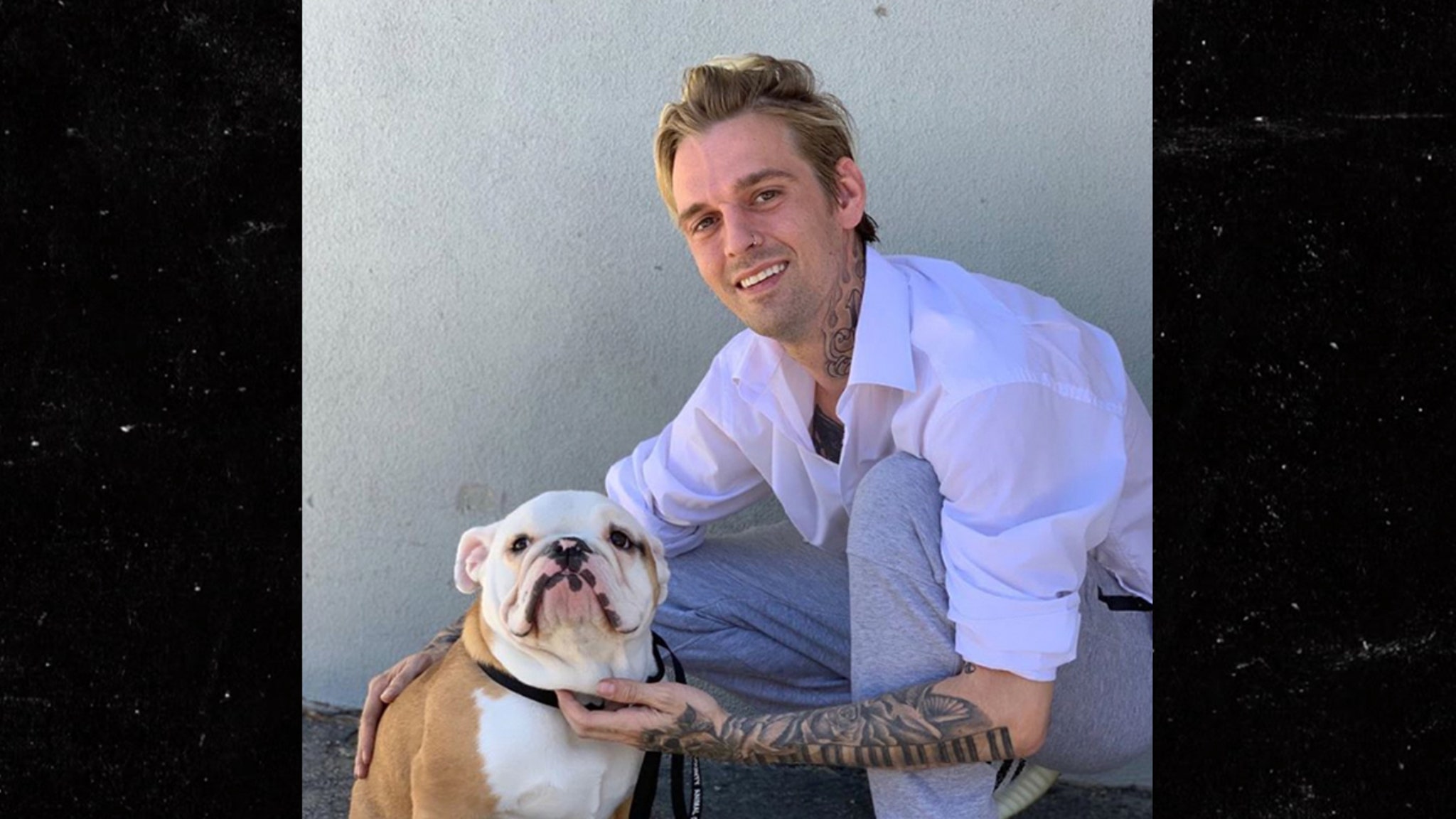 Aaron Carter is being accused of trying to flip a dog he recently rescued for money — something he denies — but the shelter that was involved is now looking into it.

The singer was catching tons of backlash this weekend after a video he posted to Instagram Live made the rounds, in which he’s heard saying that a bulldog he recently got from the pound is now available for purchase for a cool few thousand bucks.

In the video, which Aaron appears to have acknowledged as authentic, he says … “This is my new buddy. So by the way, if I can’t keep him, I am going to be listing him.” Aaron goes on to say, “He’s 10 months old, and he’s running for $3,500. So if anybody wants to give my English bulldog (a home), I rescue him and I find him homes.”

You’re supporting someone who literally adopts dogs from shelters claiming to be a loving caregiver, but instead sells them to others for a huge profit because they were ‘owned by Aaron Carter’. You find nothing wrong with that? He goes through dog, after dog, after dog. #Truth pic.twitter.com/dnq7piqiIu— Aaron Carter’s Truth (@ACartersTruth) August 4, 2019
@ACartersTruth

He finishes by saying, “So if anybody wants to have my English bulldog, he’s being sold for $3,500.” Aaron makes reference to another dog in the video that he “couldn’t keep.”

Welp, it looks like the animal care center where Aaron got this latest dog is aware of his intentions, and made that clear with an update to the pup’s page. On Instagram, the Lancaster Animal Care Center — which has photos of Aaron adopting the dog 2 days ago — wrote … “UPDATE – We are working on this situation. Thanks to all for your concern.”

As for an explanation for this, Aaron has responded … and suggests it’s a misunderstanding and tried clarifying what he does with his pets. He tweeted, “I think it’s apalling that I actually even have to explain myself I’ve rescued many dogs & found many dogs homes. what I said in my Instagram live video was a joke. Find one dog that I adopted and sold for money, be my guest. WONT HAPPEN. I’m a good person and i deserve respect.”

I think it’s apalling that I actually even have to explain myself I’ve rescued many dogs & found many dogs homes. what I said in my Instagram live video was a joke. Find one dog that I adopted and sold for money, be my guest. WONT HAPPEN. I’m a good person and i deserve respect.— AARON CARTER (@aaroncarter) August 4, 2019
@aaroncarter

He followed up by saying that he doesn’t need to flip dogs for quick cash, as he has makes millions of dollars a year. Seemingly in response to fans, Aaron says, “And with all due respect I own a home I make over $3 million a year I don’t need to sell a dog for money so have some respect and don’t try to slander my name because I will defend myself and I will take legal action. DONT TRY IT. So back the f*** off… gn.”

Aaron says he’s not in it for the money, but the question must be asked … why put a price tag on the dog at all? On another note, the typical adoption contracts with these types of shelters prohibit the adopter from peddling the dog onto someone else. If a person cannot care for the dog, they are usually required by contract to return the dog ASAP.