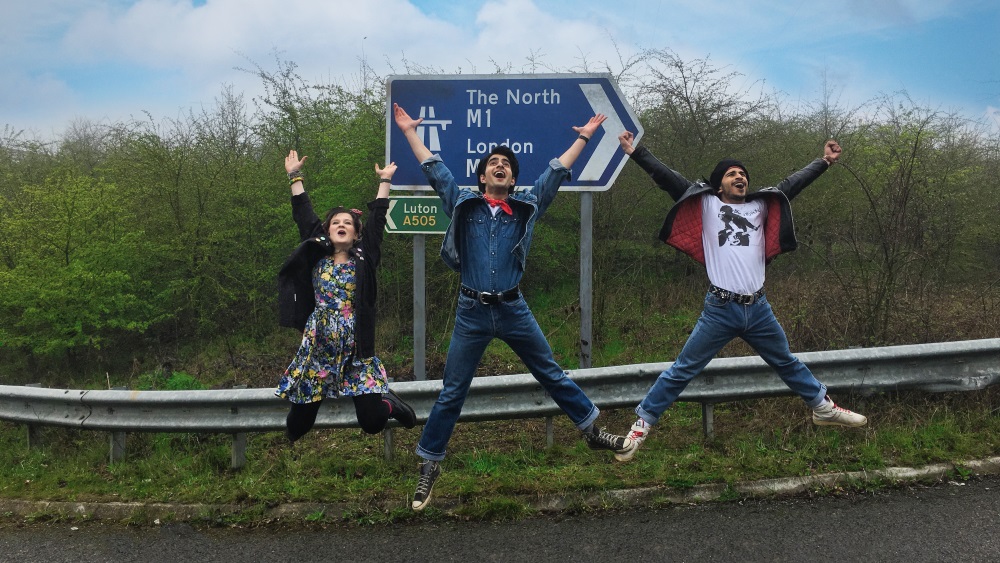 Sometimes, music is the most powerful tool to lift the human spirit, and for Pakistani-British teen Javed, the lyrics of Bruce Springsteen are exhilarating.
Blinded by the Light follows Javed (Viveik Kalra), who lives with his family in the town of Luton, England under the strict rules of his old-school father. Javed secretly aspires to be a writer, as he jots down poems from the comfort of his bedroom. He’s even secretly taking a creative writing class instead of Economics, the latter option being the one his father would prefer.
When his Sikh classmate Roops (Aaron Phagura) gives him two Bruce Springsteen cassettes, Javed is beyond thrilled. The first two songs he hears, “Dancing In The Dark” and “Promised Land,” stir him and he dances for joy. All of Springsteen’s music moves him, especially when he’s feeling low.
When Javed’s father loses his job after 16 years, there’s more pressure on the rest of the family to earn income. As well, the growing racism against Pakistanis in England is a source of stress for Javed. When he listens to Springsteen, it’s as if the rocker has written the track to his own life. Javed comes alive to the tunes and finds the courage to stand up to his parents and ultimately, to follow his dreams.
Blinded by Light is a burst of energy, full of life as Springsteen’s words echoes in this young teen’s life. The music gives him meaning and lifts him up when he needs it most. The way the lyrics splash on the screen is a very cinematic and entertaining way to connect with the audience. You almost feel like Springsteen is speaking to the audience as well.
The musical number in which the town starts dancing to an impromptu sing-along was so much fun to watch and it made the film dance into your heart. Pure feeling. Directed and co-written by Bend it Like Beckham director/co-writer Gurinder Chadha, Blinded by the Light is a film in which she showcases a nicely told story of family, love and dreams, along with a heartbreaking theme of racism and class. She also has a knack for choosing her actors.
Viveik makes the role his own, filling his performance with zest and chutzpah, getting us rooting for him from the moment he appears onscreen. He turns in an endearing performance laced with strong emotions. The film has a lot of laughs, but ultimately it’s a feel good film punctuated with a splash of some of the best Springsteen songs in existence. ~Marriska Fernandes
If you have seen Blinded by the Light yourself and would like to rate it/write a review, click here.