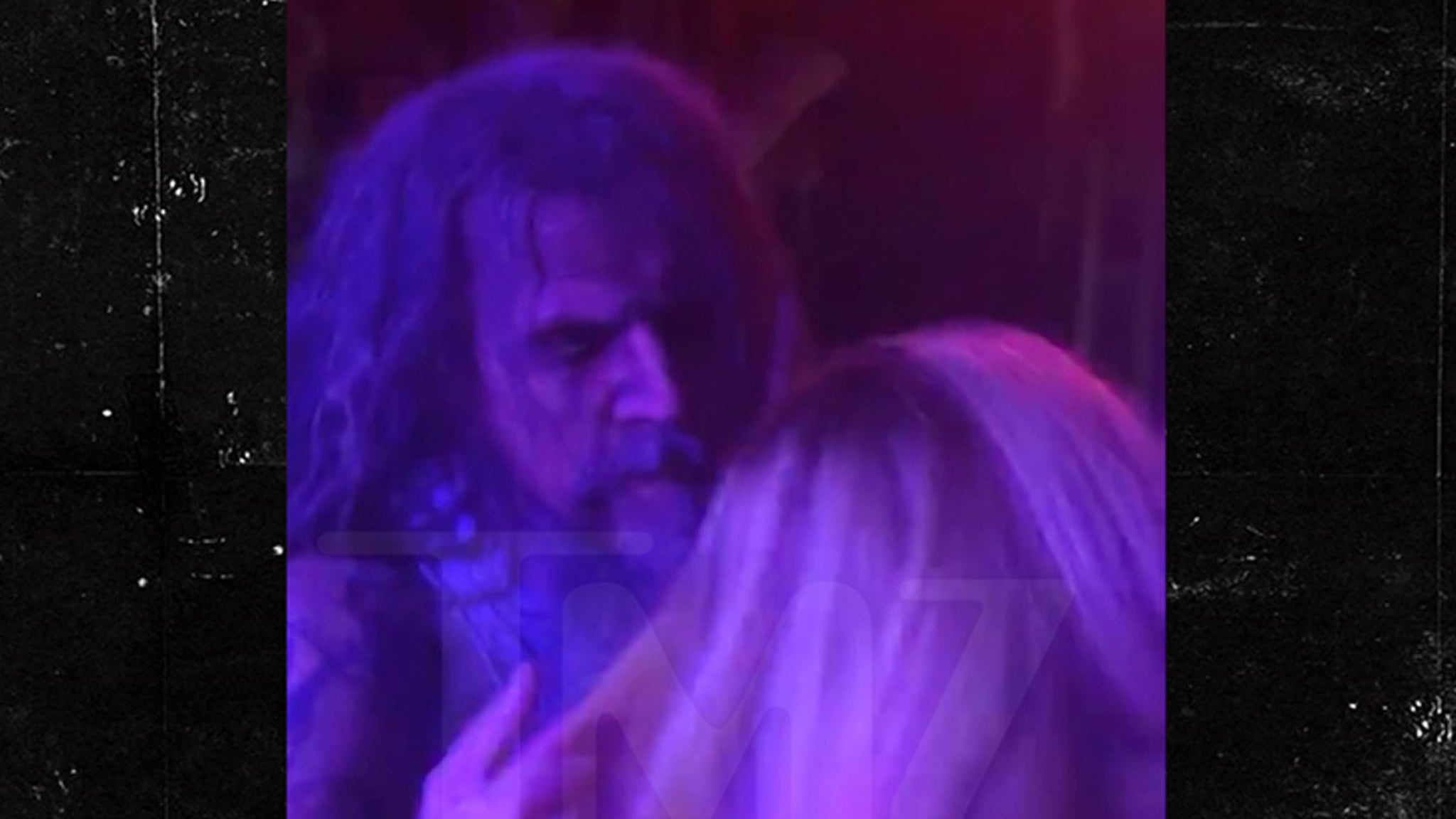 Rob Zombie reacted violently to a female fan who reached across a barricade and grabbed his shirt in the middle of a show … grabbing and pulling the woman’s hair, then shoving her away … and TMZ has the video.

The hairy situation went down on Wednesday night during the heavy metal rocker’s set at the Budweiser Gardens in London, Ontario.

In the video, you see Rob singing and walking down an aisle in the middle of the packed crowd when the overzealous fan reaches her hand over the barricade and tugs at his shirt. Rob flies into a rage, yanking on her flowing hair before pushing her back into the scrum.

After the hair pull and shove, Rob continues on his way … with his body guard in tow.

Rob is touring with Marilyn Manson … so you can imagine their crowds like to get rowdy.

We reached out to Rob’s team for comment … so far, radio silence.