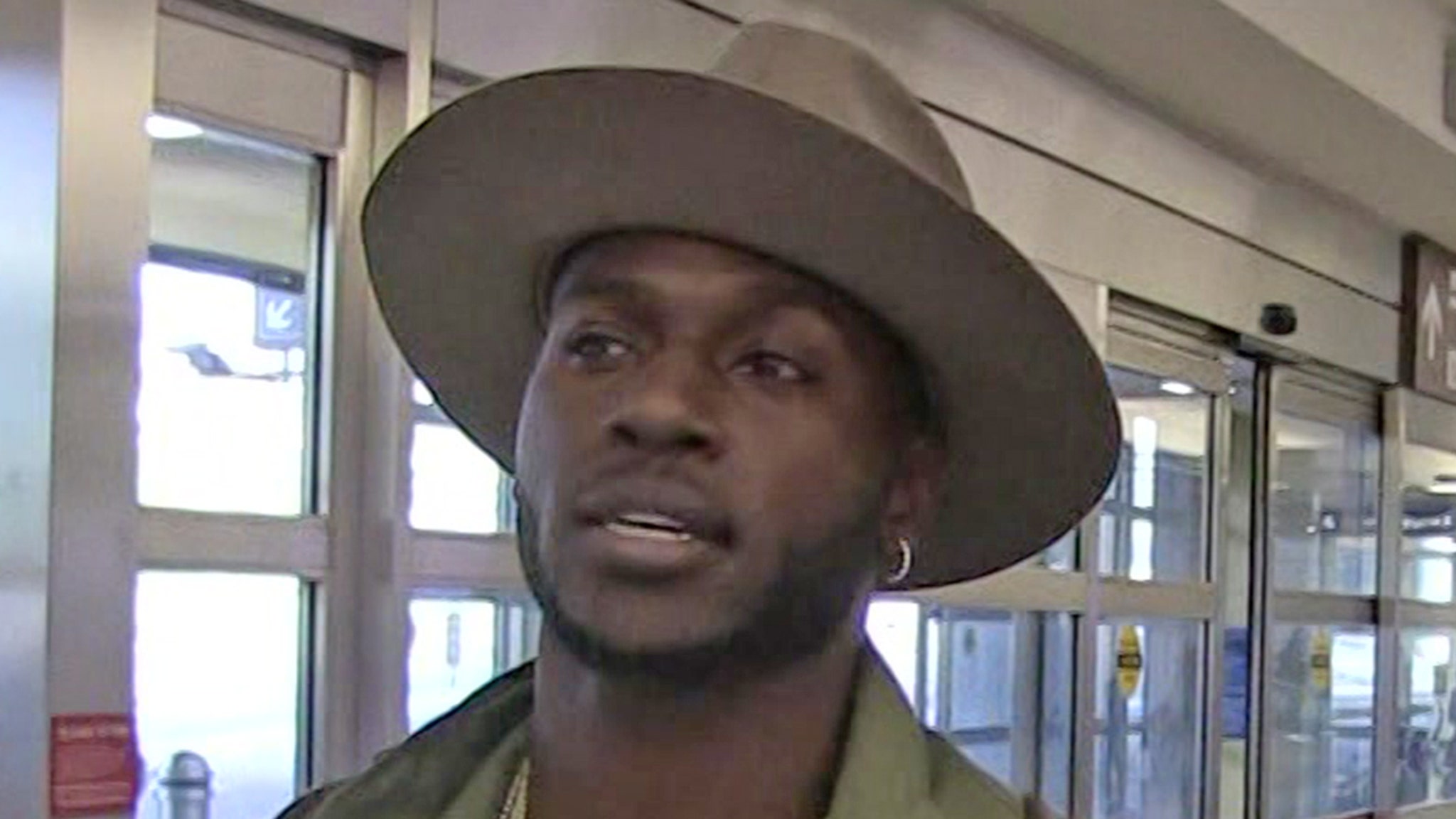 12:27 PM PT — Antonio Brown just tweeted a seemingly ominous message about his situation with the Raiders, writing … “The child who is not embraced by the village will burn it down to feel its warmth.” It’s an African proverb, and can be interpreted in a couple different ways — most notably, pretty much the opposite of the “it takes a village” saying.

Right before this, AB tweeted, “Bumper Carrs.” Could be a reference to QB Derek Carr … or gibberish. Who the hell knows anymore?

There was no trash talk. No subtle digs. He even wished Brown well in the future.

“I’m really proud of our players, our coaches, our owner, our front office. We did everything we could to make this work. … I wish Antonio nothing but the best.” pic.twitter.com/eEpi4bv9i1— Oakland Raiders (@Raiders) September 7, 2019
@Raiders

The Oakland Raiders have just RELEASED the star WR — after a nightmare offseason that culminated in Brown allegedly threatening to attack general manager Mike Mayock.

The Raiders just announced the move moments ago … so far, no comment from Antonio Brown but ya gotta think he’s gonna say something soon. Brown is now technically a free agent and can sign with any team. He would be eligible to play as early as Week 2. Adjust your fantasy lineups accordingly.

“Now that Antonio is a free agent, we are focused on the future and I will immediately work on signing him to a new team,” Drew said … “Antonio is looking forward to a new beginning.”

Brown commented on the situation to NFL Network’s Ian Rapoport — saying, “Told me do not come in Thursday. Bad my name. Then come work, give two papers after the press conference. No guaranteed no way.”

It seems releasing Brown will save the Raiders from having to pay a penny from the 3 year, $50 MILLION contract they inked with AB this offseason.

The move also poses a huge problem for NBA star Damien Lillard — who told us he’d get his Raiders tattoo removed if the team cut Brown!!!

Antonio Brown has gone ballistic again … this time demanding to be released from his $50 million contract with the Oakland Raiders.

He also posted a pic of a quote … “You are gonna piss a lot of people off when you start doing what’s best for you.”

Here’s what triggered the craziness. Late Friday night, the Raiders decided to fine Brown $215k for conduct detrimental to the team over an altercation with GM Mike Mayock on Sept. 4. The way the story goes … Brown exploded on Mayock, allegedly threatening to sock him in the face while calling him a “cracker.” Brown’s outrage stemmed from a previous $15k fine for missing team workouts.

Brown reached out to reporter Jeff Darlington and complained the $215k fine voids nearly $30 million in guaranteed money from his Raiders’ contract. This pissed him off enough to go on social media and ask to be released.

He’s certainly drawing a line in the sand, telling Darlington, “No way I play after they took that and made my contract week to week.”

The last 24 hours have been wild to say the least — Brown posted a video Friday night containing pieces of a phone conversation with head coach Jon Gruden. In the video, Gruden essentially tells Brown to cut the crap and get back on the field. Unclear if Gruden knew he was being recorded during the call. Now it seems Brown’s career in Oakland is hangin’ by a thread — and the Raiders will likely make a decision in the next few hours.