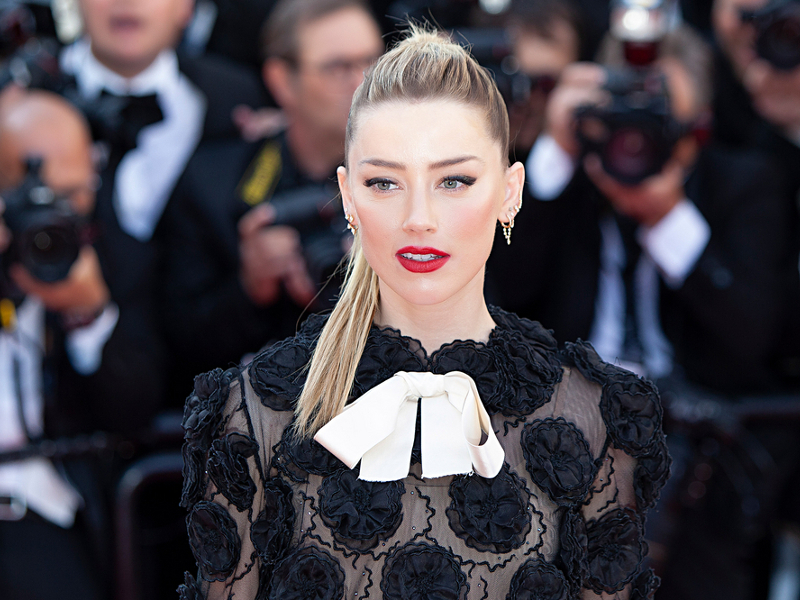 AMBER HEARD AIMS TO TOSS $50M SUIT: Amber Heard and Johnny Depp are still duking it out. Heard has hired lawyer Roberta Kaplan in a bid to get a $50 million suit filed against her by ex-husband Depp tossed. Depp filed suit in March, three months after Heard published an op-ed in The Washington Post alluding to backlash she received after accusing Depp of abuse. (She didn’t name him, but the reference was obvious). Depp has long denied the claims, and has accused Heard herself of abuse. In her motion to dismiss, Kaplan argues: “Fundamentally — and contrary to the premise of Mr. Depp’s case — it was not about him and what he did to Ms. Heard during their marriage. It was about her and what happened to her after she came forward.”
HOLLY MARIE COMBS MARRIES MIKE RYAN: Pretty Little Liars star Holly Marie Combs married her longtime boyfriend, restaurateur Mike Ryan in a Carmel, California ceremony, People reports. Their pair met at his L.A. restaurant Xoc in 2016. Combs met him five years after splitting from her second husband, with whom she shares sons Finley, 15, Riley, 12 and Kelley, 10.
WALTER MOSLEY QUIT STAR TREK IN RAGE OVER N-WORD: Writer Walter Mosley quit Star Trek: Discovery in disgust after people complained when he used the N-word in the writer’s room, according to reports. Mosley, who is African-American, revealed on Friday in a New York Times op-ed that he busted out after HR told him about the complaints. “There I was being chastised for criticizing the word that oppressed me and mine for centuries,” Mosley wrote. “There’s all kinds of language that makes me uncomfortable. … But I have no right whatsoever to tell anyone what they should and should not cherish or express.
PROJECT RUNWAY’S CHRIS MARCH DEAD AT 56: Project Runway alum and Bay Area fashion designer Chris March has died at 56, according to reports. Cause of death was reportedly a heart attack. He is most known for custom pieces for celebs like Beyonce, Meryl Streep, Lady Gaga and Madonna. He has been battling health issues since suffering a debilitating fall in his apartment in June of 2017.
CHRISTINA ANSTEAD SHARES FIRST LOOK AT SON: Christina and Ant Anstead have welcomed their first child together, Hudson London. “I always wanted to know what 12 minutes of sleep feels like…” Ant tweeted on Saturday morning, one day after welcoming their newborn. “Now I know! Morning Hudson…” he wrote, adding love-filled emojis. Flip or Flop star Christina shared an image of Hudson. Christina shares Brayden James, 4, and Taylor Reese, 9, with ex-husband Tarek El Moussa.