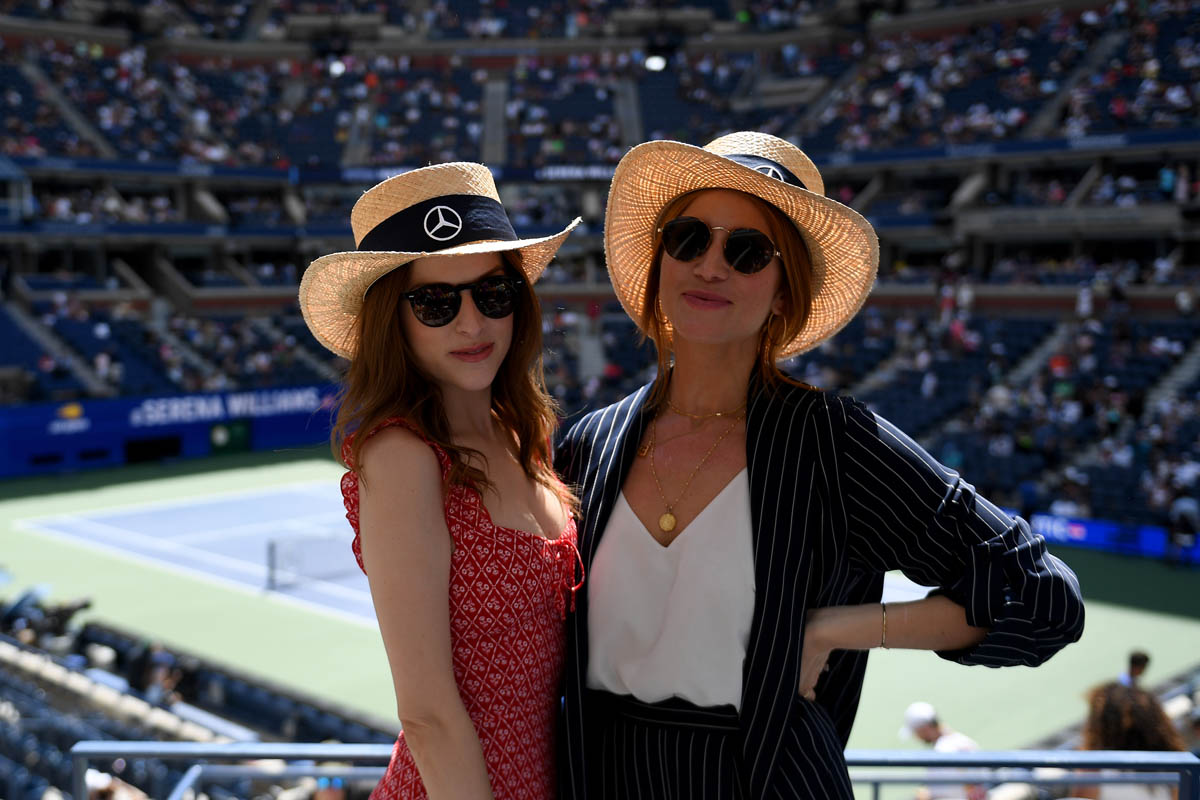 Ariana Grande is suing Forever 21 for using her likeness in a campaign, and I don’t think it’s just about the specific image, but a deal that didn’t happen. She was in talks with Forever 21 but they never came to terms, which is why H&M was able to swoop in and work with her (there’s Ariana merch in store right now). Forever 21 went ahead with a lookalike campaign, which just isn’t very smart because obviously her team would have eyes on them. Coincidentally, Forever 21 is another retail chain that is rumoured to be filing for bankruptcy. Thank u, next.

Let’s go down a rabbit hole of my two favourite things: the Gallagher brothers and Dave Grohl. Foo Fighters were playing Reading Festival and Taylor Hawkins (Foo’s drummer) said something along the lines of “sign a petition” to get Oasis back together, clearly a joke. Then Dave said, “How many people want to see Oasis f-cking play a show” and the crowd cheered. Typical concert stuff. Noel got wind of it and got on stage at his own concert and told the audience that “the drummer from Nirvana” could suck his dick (real original) and that he’s starting a petition to get Foo Fighters to break up. First off, “suck my dick,” in 2019? Not clever. Second, calling someone the drummer from Nirvana, one of the most revered bands in history, isn’t the knock Noel thinks it is. Third, there is no petition, but do you get the idea that Noel maybe thinks it’s real? It’s so easy to rile him up! No wonder Liam calls him potato head.

Not even the mighty Dave Grohl can get me and the squirt back together bless him for trying
— Liam Gallagher (@liamgallagher) August 29, 2019

When did Anna Kendrick and Katherine Schwarzenegger morph into one person?

Camila Cabello is teasing new music with this video, but what fans are noticing is that Lana Del Rey commented, “What the hell.” I don’t know a lot about Lana’s work, but many people in the comments pointed to the similarity to Camila’s post and Lana’s “Ride” video, which I posted below for reference. Lana denies that this was shade.

Tracee Ellis Ross is launching a hair care line, Pattern, which makes so much sense. She has amazing hair. She is one of the biggest stars on TV and has impeccable style. This could be built out into a whole beauty brand – her skin is f-cking incredible.

This picture doesn’t have a gossip element, it’s just warm and wholesome.

Did Courteney Cox read Scaachi Koul’s piece about how much Friends sucks?