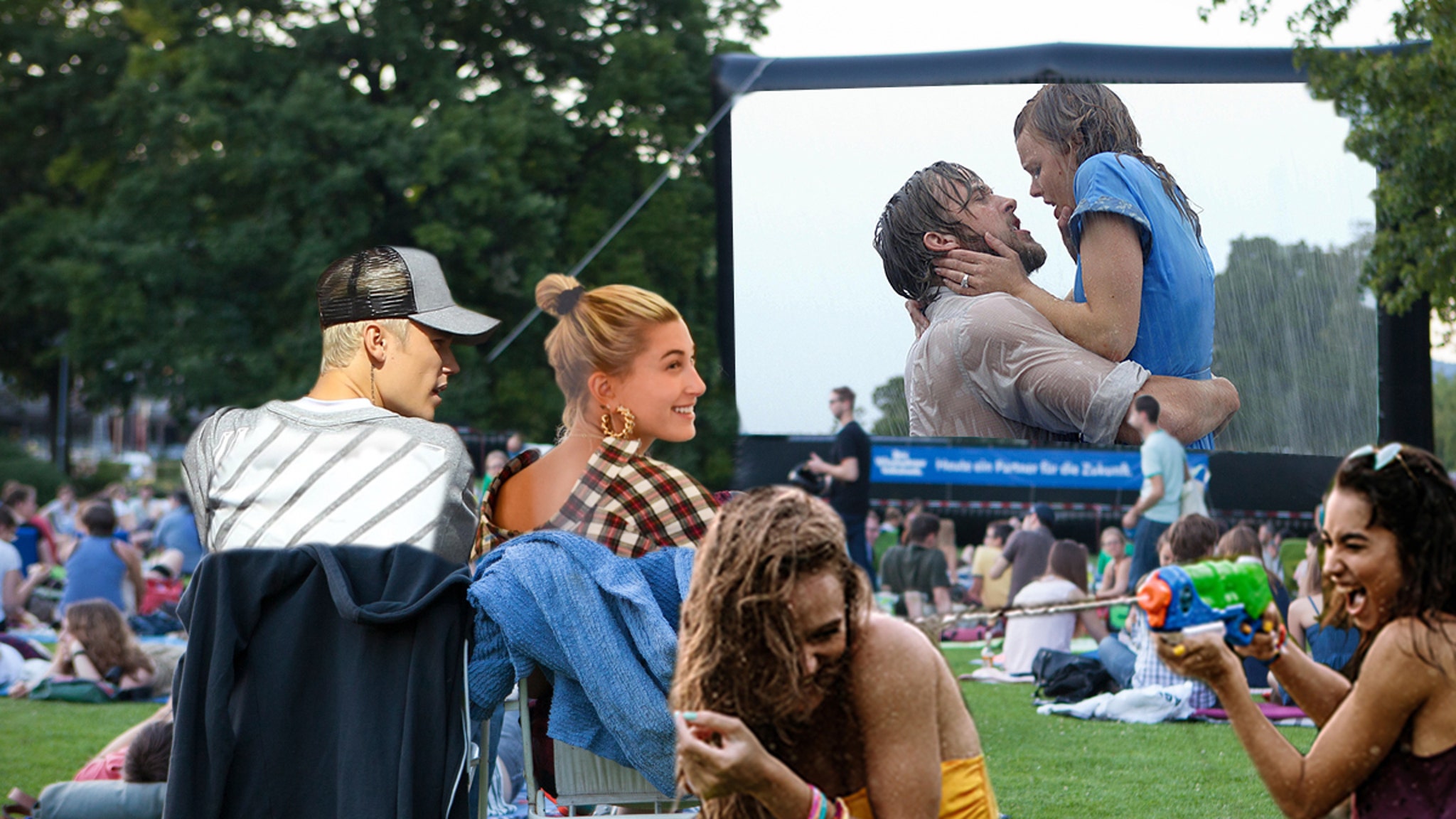 Justin and Hailey Bieber are feeling extra sappy as they get ready to walk down the aisle … because, before their big day, they made their wedding guests watch “The Notebook.”
Sources at the Biebers’ blowout South Carolina wedding bash tell TMZ … Justin and Hailey hosted a huge sleepover for all their friends and family Sunday night at the Montage Palmetto Bluff, complete with a screening of their favorite flick, plus some fun and games.
Our sources say the evening had a carnival theme … and there was a huge spread of ice cream and candy, a giant dance party, bowling and a big game of capture the flag.
The party lasted deep into the night … we’re told Justin and Hailey surprised everyone around 1 AM when they busted out a bunch of water guns, and a huge water fight ensued!!!

The wedding venue looks gorgeous, so just imagine running around the grounds with Super Soakers!!!
Sounds like a totally different scene from the evening’s more traditional rehearsal dinner … which featured a select group of guests hopping on boats for the fancy meal.

As we’ve reported … the wedding party is crawling with celebs, including Kylie Jenner and Travis Scott, Kendall Jenner, Ed Sheeran, Jaden Smith, Usher, the Baldwin brothers and a TON of models.
No word if anyone cried during “The Notebook.”