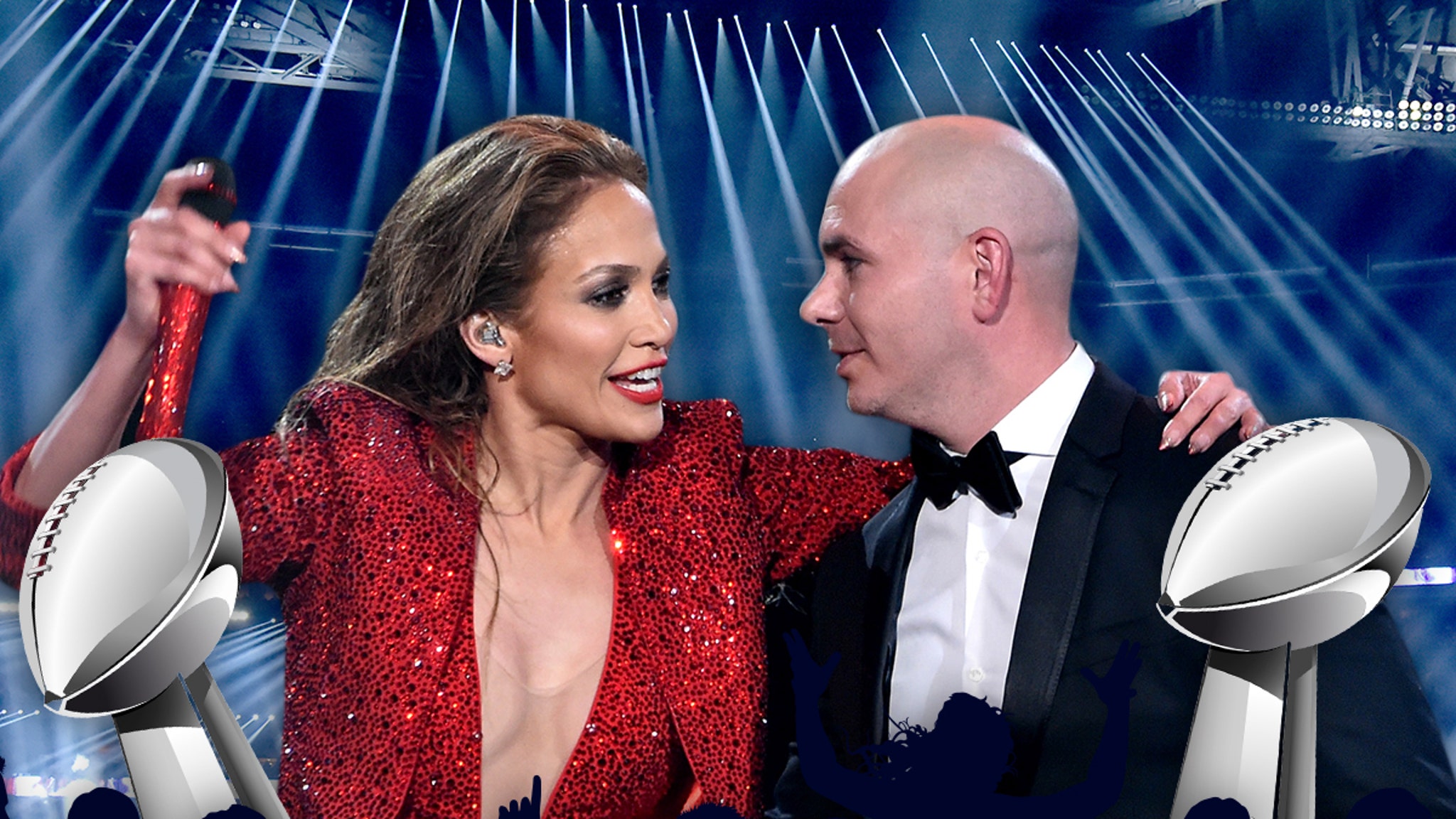 Pitbull and Jennifer Lopez are already negotiating what would be the biggest — and most in-demand — cameo spot during the Super Bowl Halftime Show.
Almost immediately after J Lo and Shakira announced they were co-headlining the event … fans started buzzing that Pitbull is a MUST-HAVE guest on the stage too. Turns out some big wigs in Miami feel exactly the same way.

Sources with direct knowledge tell us Pitbull’s camp has had recent talks with J Lo’s team and the NFL about making the guest appearance happen. More than that … we’re told honchos at Hard Rock Cafe International are pushing for Mr. Worldwide (formerly Mr. 305) to get on the stage. Remember, the game’s being played at Hard Rock Stadium.
We’re told everyone’s aware of the groundswell to have an authentic Miami artist to rep the city — and the obvious choices are Pitbull or Gloria Estefan.
For what it’s worth, Gloria’s already performed at 2 Super Bowls — ’92 in Minneapolis and ’99 in — where else — Miami.

Our sources connected to Roc Nation — which is producing the Halftime Show in conjunction with the NFL — say “other surprise acts” will definitely appear with Shakira and J Lo.
While there’s no deal in place yet, we’re told everyone involved is aware of the momentum — public and corporate — to make room for Pitbull.