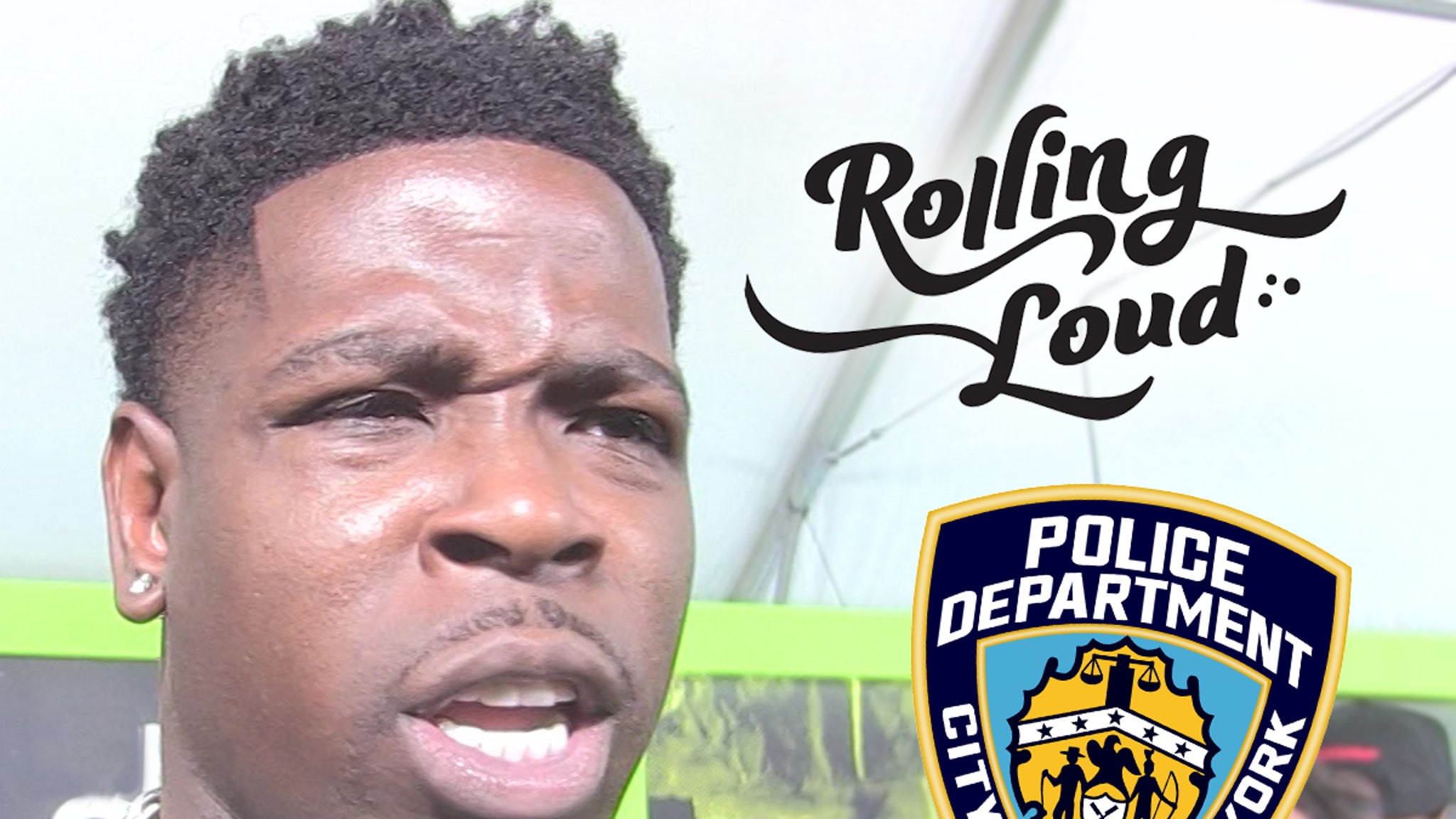 Casanova and other NYC rappers appear to have been effectively blackballed from performing in their own town by the NYPD, getting nixed from Rolling Loud after a mere request.
A letter that’s purported to have been written by the City of New York and signed off by Asst. Police Chief Martin Morales surfaced over the weekend, and it appears to show the NYPD asking Rolling Loud organizers to block Casanova and co. from getting on stage.

The letter — addressed to the company behind Rolling Loud, Insomniac, LLC — reads … “The New York City Police Department requests that the below individuals be removed from performing at the ‘Rolling Loud Festival’ taking place at Citi Field on Saturday October 12, 2019 and Sunday October 13, 2019, due to public safety concerns.”
It goes on to list 22GZ, Casanova, Pop Smoke, Sheff G and Don Q as artists who shouldn’t be allowed to perform — with cops citing affiliation to recent acts of violence in the city.
They say it quite clearly … “The New York City Police Department believes if these individuals are allowed to perform, there will be a higher risk of violence. I look forward to working with you in an effort to keep this event safe.”

It would seem the letter — and the not-so-subtle plea — was taken to heart, because Casanova announced he was, in fact, not performing … and wasn’t happy about it.
On IG, the rapper — who’s had past beefs with Tekashi 6ix9ine — wrote in part … “My last felony conviction was 2007. I lost everything I ever loved and I’m STILL losing. So much so that ‘they’ won’t allow me to perform at Rolling Loud NYC on Sunday.”
Casanova added, “It’s unfair and unfortunate that my past, which I’ve dealt with legally and personally, continues to stigmatize me and my career as a recording artist.”

Thank you my brother. I can’t speak on this much but I want everyone to know that we are still paying all of those artists full booking fees AND sending them offers for future Rolling Loud’s in other cities. https://t.co/HZduF4iXJk— Tariq (@TariqCherif) October 12, 2019
@TariqCherif

It’s a bummer for sure, but if there is a silver lining … it’s that Casanova and the others are going to get paid for this despite being canned. Rolling Loud co-founder Tariq Cherif said as much on Twitter, but wouldn’t elaborate further.
The big question, of course … why cave to the NYPD at all? It’s a tricky question — there’s any number of reasons to cooperate with cops, legal and otherwise. You could chalk it up to a shrewd business decision … or politics. Probably a bit of both, to be honest.
We’ve reached out to the NYPD to see if this letter is legit …  so far, no word back. As for Rolling Loud, they’ve declined to comment beyond what Tariq said.