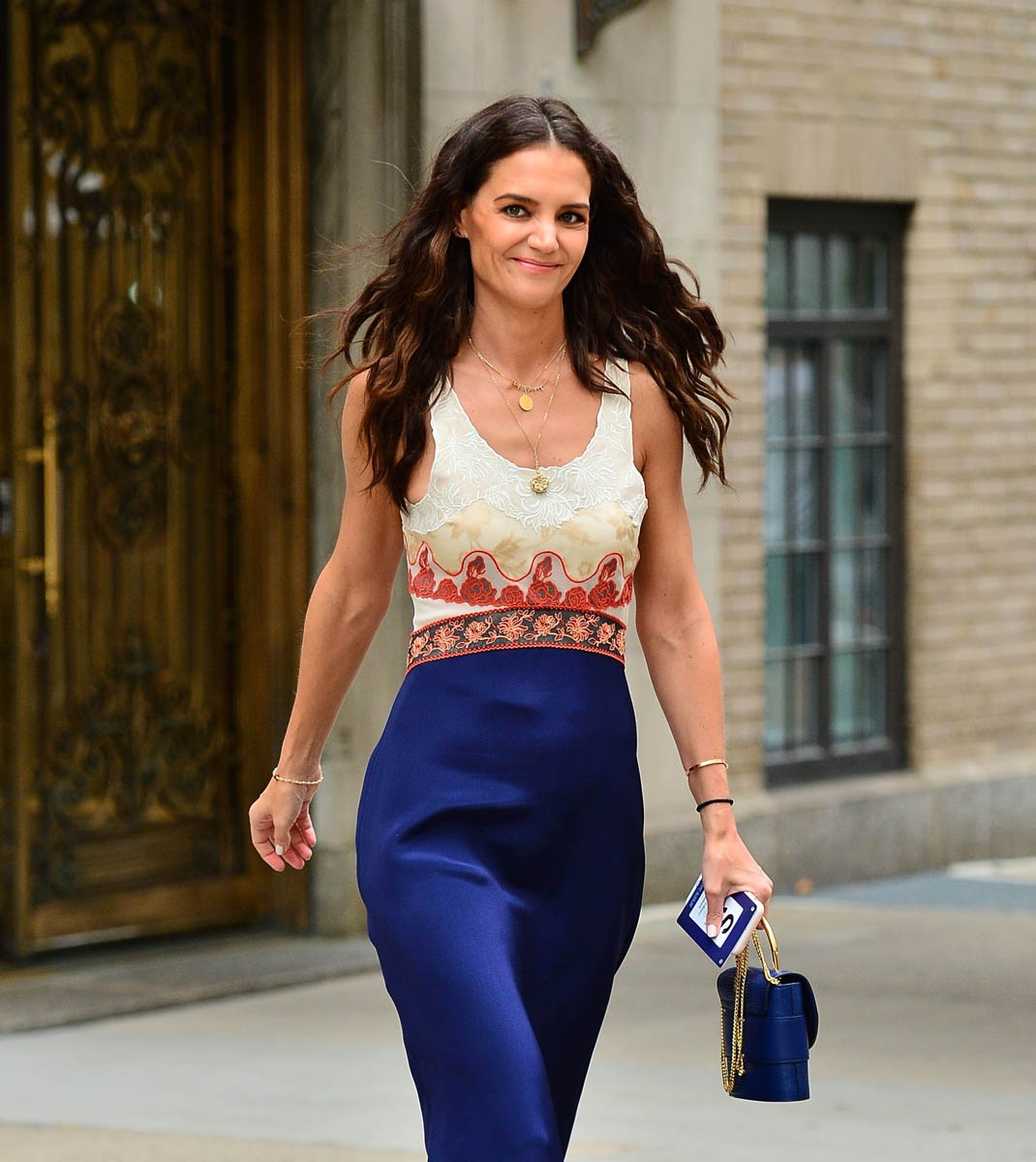 Last week, Lainey wrote about Katie Holmes and Brad Pitt being birthday twins and asked “Gossip Genie or nah?” It’s a no from me but I do want to Gossip Genie Katie… with Tom Hiddleston. Hear me out: both have had very high profile relationships and abrupt break-ups with mega A-listers. Both are now press-shy because of that, but have positive outlooks. He is in New York, doing theatre. She lives in New York. Superficially, they would look great together. All that height! And energetically, doesn’t this seem like a match? It does. (Lainey: I can co-sign this.)

This can’t really be the Seinfeld’s bathroom, can it? Jessica would never hang that towel rack above the toilet. But it does look like a mid-chain hotel a comedian would stay in on tour. The Aesop hand soap probably travels with her.

Arnold Schwarzenegger’s two youngest children are five days apart (because he’s a muscly horndog) and he handled the “happy birthday” wishes quite smoothly.

When I think of Guy Oseary, I think of Madonna – the two have worked together for decades (he started managing her in 2005, but before that worked at Maverick Records). I also like how she calls him a crybaby, because she probably thinks anyone who doesn’t work 18 hours a day and subsist on seaweed and coconut water and sleep in a cryogenic chamber is a crybaby. (On a side note, I had never connected that she married a man with the same name as her manager. Guy isn’t super common, is it? I would need Duana’s expertise here, but a quick Google search tells me it’s not in the Top 1000 in North America.)

Thank you to the reader who sent me this on Twitter: Noel Gallagher on Hot Ones (a web series about celebs eating hot wings). Noel is very loose in this, he’s open and answering questions and also really engaged with the host. The closest he gets to nostalgia is when he talks about the “magic period” of rock stardom –when a band is still connected to the audience and writing for them, without the barrier of fame and money. He also does a really impressive Hulk Hogan impression. As for his little brother, well, he doesn’t come up. Not once.