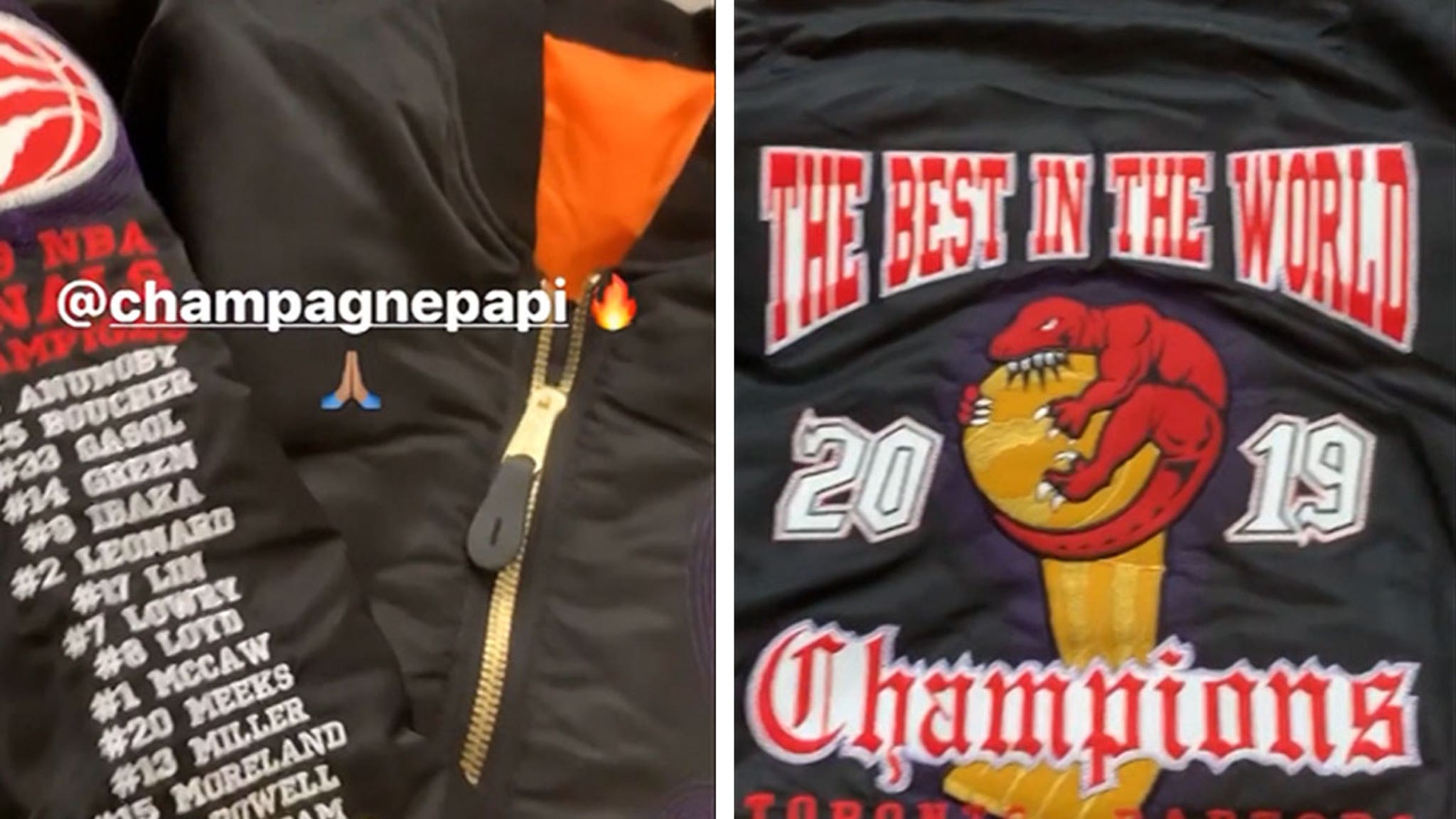 Drake didn’t just cop insane NBA championship swag for himself … the 6 God also hooked the players up BIG TIME … buying the Toronto Raptors custom Finals jackets!!
Of course, Drizzy copped a $150k custom championship ring to commemorate the Dinos’ first-ever title … and now he’s decided to gift the dope jackets to all the guys who teamed up to beat the Warriors last season.
NBA Finals hero Fred VanVleet showed off the new merch on Tuesday … and they come with the whole roster listed on one side, the iconic OVO owl on the other.
On the back, there’s a raptor clinging on to the Larry O’Brien trophy … and the phrase “The Best in the World” on top.

If the jacket looks familiar … it’s the same one the Raptors ambassador wore at the championship parade back in June.
We take it Kawhi Leonard’s is in the mail??