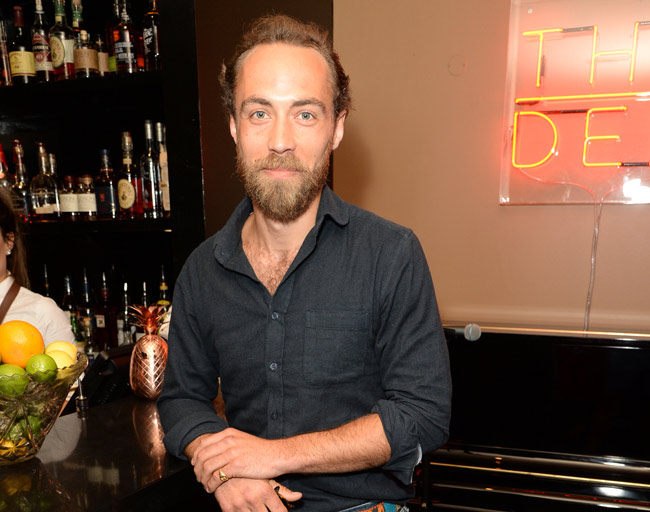 The 37-year-old royal is a passionate advocate for mental health charities and when her sibling James, 32, was struggling with depression, Catherine and the Middleton family joined him at his cognitive behavioural therapy sessions in order to help him.

When asked if all of his family went with him, even Catherine, James told The Daily Telegraph newspaper: “All of them. Not necessarily at the same time, but either individually and [sometimes] together. And that was so important because that helped them understand me and how my mind was working. And I think the way the therapy helped me was that I didn’t need my family to say, ‘What can we do?’ The only thing they could do was just come to some of the therapy sessions to start to understand.”

James – who recently got engaged to Alizee Thevenet after a year of dating – admitted it was originally difficult to open up to his family, including parents Carole and Michael and sisters Pippa and Catherine, about his mental health.

He explained: “I couldn’t do anything. I couldn’t sleep, I couldn’t read a book, I couldn’t watch a film, I couldn’t eat. I was just like, ‘What am I meant to do?’ I was better off in my own company, so I didn’t have the additional worry of someone thinking, ‘What’s wrong with him?’ I removed myself from everything.’

‘The fact is, no matter what experience someone has, your family members are the hardest people [to talk to]… You also have a very different way of interacting with your family than you do with your friends. And actually, I behave like Kevin from ‘Kevin & Perry’. I’m the youngest child, so I think that’s normal. And they are so tuned into you that they can see what other people can’t.

“My mother will see how much I’m eating and know that there’s something wrong. She’ll see the way that I look at her and know there’s something wrong. It’s the same with all my family. We are very close. And I think that can be… a challenge. And I do remember feeling that I almost had to say to them, ‘I’ll be back, but this is a process and it’s going to take time for me to recover.'”

James also revealed that he had suicidal thoughts during his battle with depression, although he never took any action.

When asked at a psychiatric hospital if he was having suicidal thoughts, James said: “I remember thinking, ‘I might have to answer this one truthfully, because I want them to help me.’ So I said, ‘Well, actually, yes, but I don’t think I’ll ever action it.’ In my report it said I had suicidal thoughts but wasn’t a threat to myself.’

“I couldn’t bear to do that to my family or dogs, but it was that moment of like… My mind was going down that route. Because I thought ‘you need a way out’. So having Ella [one of his dogs] with me that entire time… I wouldn’t say she saved my life because we never got as far as that. But actually, what I have learnt since having been exposed a bit more to this [mental health] conversation is that suicide is often the word you feel you can’t go anywhere near, but to think about it is quite common, and talking about that should not be a taboo.”

And despite his struggles, James revealed he is happy he went through a battle with his mental health because it has made him grateful for everything in his life.

He said: “Despite all of it, I’m very pleased that I went through it, because of who I am on the other side… well, it’s like a rebirth. I can’t remember feeling like it [ever]. This is who I am now. I am conscious that I have not got rid of it [the depression], it’s still there. But I’m on top of it, and I’m aware that if I don’t work hard at maintaining control of it, then it has the ability to come back.”