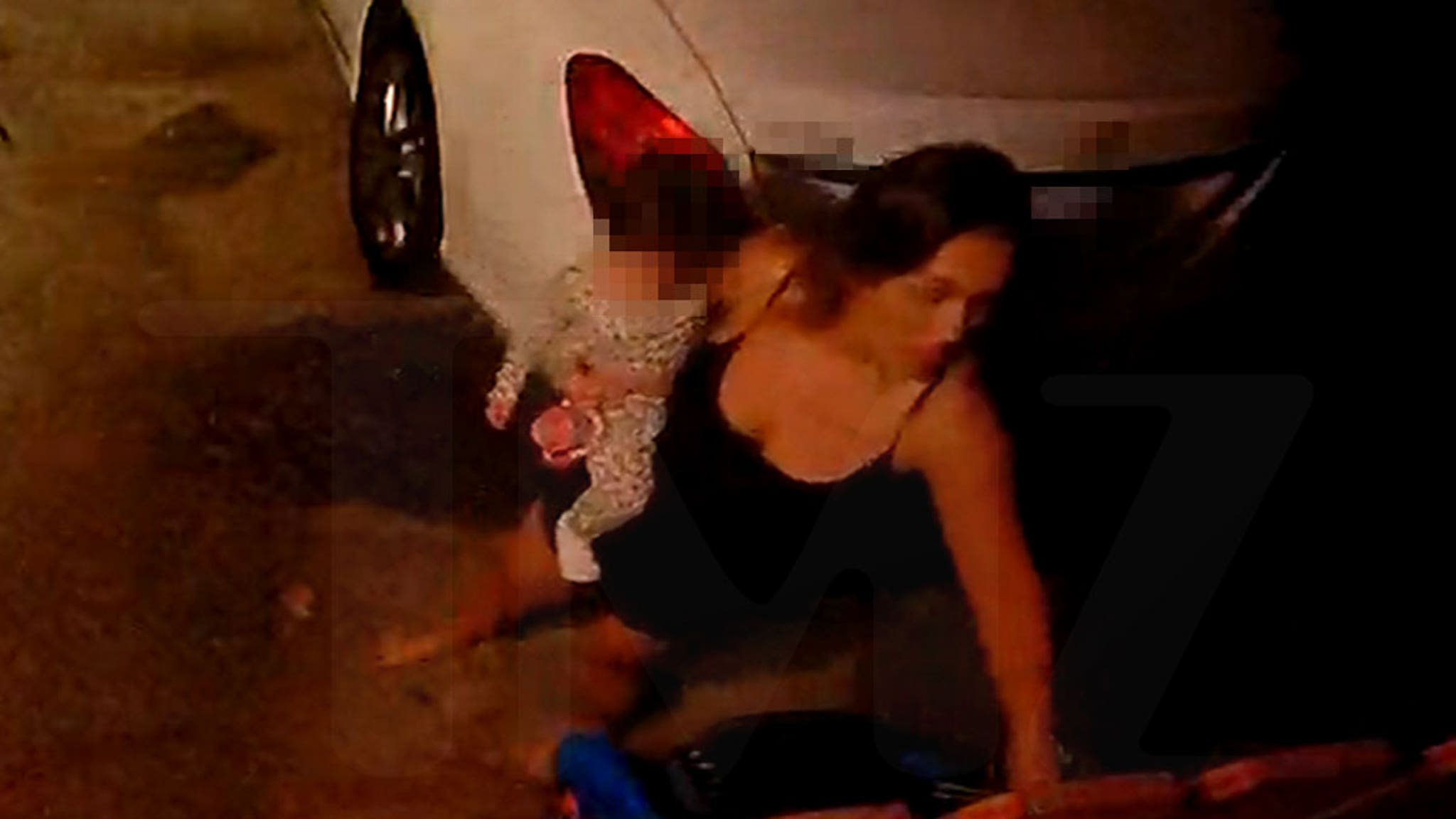 Jen Harley showed serious signs of distress and appeared to be hiding from Ronnie Ortiz-Magro while holding her baby girl during their domestic violence incident … as this security footage shows.
TMZ’s obtained video from a neighbor who witnessed a portion of the frightening scene early Friday morning. It picks up as a barefooted Harley approaches the neighbor’s home and activates the motion light … then tries to open the gate.
Jen appears to check the trunk of neighbor’s car to see if it’s open — possibly to hide her daughter — before walking away.

The neighbor tells us Harley ended up pounding on her glass door asking for help, but the neighbor was scared to let her in so she called the police instead.
According to the neighbor, she looked out her window and witnessed Harley try to drop the baby over her fence as a shirtless Ronnie approached up the driveway. She claims he struggled with Harley, grabbed the baby, then hit Harley before leaving the premises.

The neighbor says Harley returned a short while later without their daughter asking to use the phone, but she informed her cops were already on the way. We’re told they arrived around 2:50 AM.

As we reported … Ortiz-Magro was arrested and cuffed to a gurney in the ordeal and has been booked for kidnapping.
Along with allegedly striking Harley, he’s accused of chasing her with a knife while holding their 18-month-old daughter, Ariana.

When cops arrived, Ronnie refused to come out of the Airbnb they were renting so they had to bust the door open, and when he still refused to go peacefully … he got tased. Cops tell us Jen told them Ronnie went off the rails after doing coke.
He was released from police custody later Friday after posting his $100k bond.