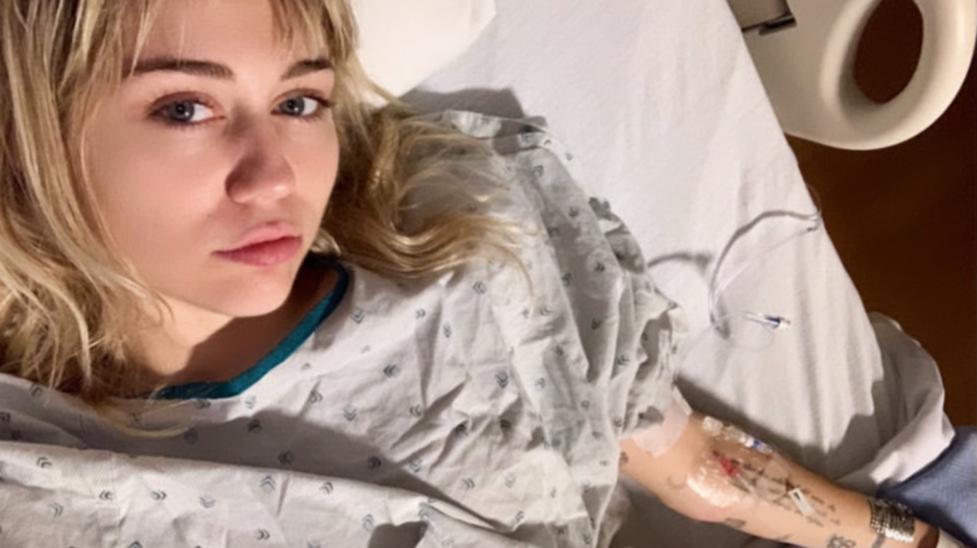 Miley Cyrus has been hospitalised.The 26-year-old singer is currently in hospital battling an unspecified illness, and whilst it doesn’t seem to be serious, she has taken to social media to pray for a “boost of bad a**” to help her get back to full health before her scheduled appearance at the Gorillapalooza charity event over the weekend.On her Instagram story, she wrote: “Trying to heal as quick as I can to make it to Gorillapalooza w @TheEllenShow @PortiaDeRossi @BrunoMars this weekend! Send goooooood vibes my way! Hoping the Rock star G*DS send me a boost of bad a** and help me kick this s**t to the cub where it belongs. We got gorillas to save!”Camera IconMiley’s hospitalisation comes after an intense few weeks Credit: InstagramGorillapalooza is a charity event set to take place at the Hollywood Palladium this weekend, where funds raised will go to The Ellen Fund, to support global conservation efforts for endangered species.Miley’s hospitalisation comes after an intense few weeks for the ‘Malibu’ hitmaker, who has recently announced her split from her estranged husband Liam Hemsworth, as well as dating and breaking up with Kaitlynn Carter.Camera IconCredit: InstagramThe star is now believed to be romancing Cody Simpson, who was featured in another one of her Instagram story posts from hospital, after he came to visit her.Meanwhile, the ‘Slide Away’ singer recently slammed critics who claim she’s moving on too quickly from 29-year-old Liam.She wrote on social media last week: “I know the public feels invested in my past relationship because they felt like they saw it thru from the beginning. I think that’s why people have always felt so entitled over my life and how I live it because they’ve watched me grow up.”I am grown now and make choices as an adult knowing the truth/details/reality. People only ‘know’ what they see on the internet. [Men], they move on from one beautiful young woman to the next MOST times without consequence … I am trying to just THRIVE/survive in a ‘mans’ world. If we can’t beat em, join em! (sic)”Camera IconMiley with mum Tish. Credit: Instagram