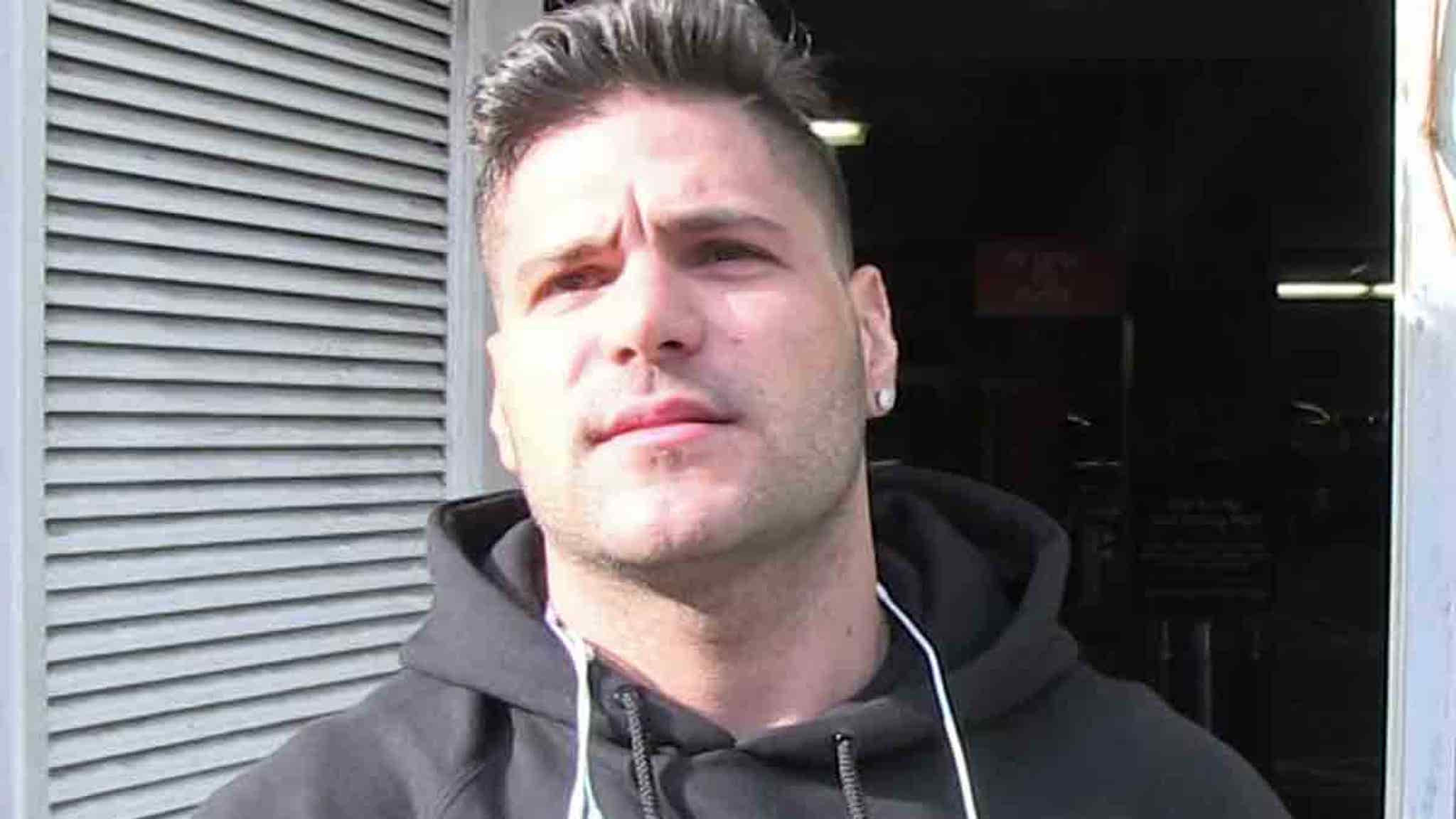 Ronnie Ortiz-Magro’s kidnapping case has taken a turn — law enforcement sources tell us the L.A. County District Attorney’s Office will NOT hit him with a kidnapping charge … but he’s still not out of the woods yet.
TMZ’s learned the “Jersey Shore” star’s incident with his baby mama, Jen Harley — where he allegedly dragged her on the ground against her will — doesn’t meet the DA’s criteria for kidnapping, even though that’s exactly what cops arrested him for. The maximum sentence is 8 years.
We’re told the LAPD is strongly pushing for Ronnie to be hit with felony domestic violence instead … based on the evidence and the alleged injuries to Harley. The max sentence is 4 years.
However, our sources say there’s also the possibility Ronnie will only be charged with misdemeanor DV … which would be an even bigger stroke of good fortune for him. The maximum sentence for this is 1 year in county jail.
We broke the story … Jen allegedly suffered gnarly bruises and scrapes from the latest fight with Ronnie and there are photos of the injuries, but he denies inflicting them and tells a different story of how she got hurt.

The neighbor’s surveillance video does not show any physical harm to Jen, although she’s clearly in great fear. Law enforcement tells us she was injured at some point after the event caught on video.
Regardless, LAPD got an emergency protective order against Ronnie based on Jen’s claim he said he was going to kill her, so he had to stay 100 yards away from Harley and their daughter, Ariana. That order has now expired.

However, he got some father-daughter time in at Disney World after it expired.
The volatile couple says this time … they are broken up for good.
Stay tuned.