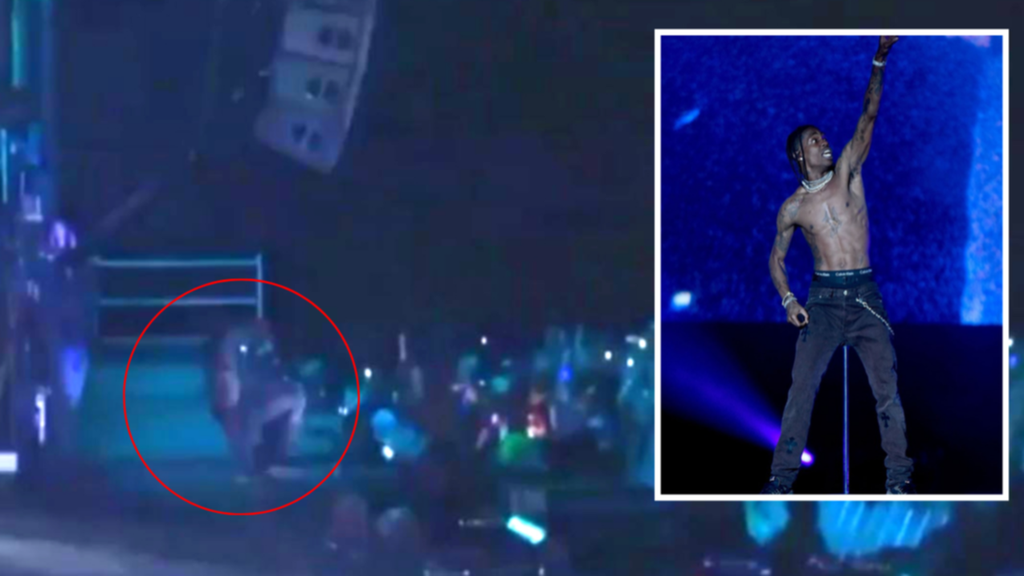 Travis Scott is a true performer. No matter what happens, the show must go on.Even if you literally break a leg.See the moment Travis Scott breaks his knee in the video aboveScott was performing during the first night of the Rolling Loud Music Festival in Queen, New York when he took a dramatic fall while performing his song ‘Butterfly Effect’.While the rapper jumped around, he landed badly and although clearly broke his knee, he got back up to keep performing.In fact, Scott finished his entire show.Travis Scott performing. Credit: Getty ImagesMore on 7NEWS.com.au“I ain’t gonna lie, I think I just broke my knee right now,” Travis said to the audience while crew members surrounded him, very concerned.“But this show cannot stop. Nothing can ever stop this show.”Scott’s broken knee is probably the least of his worries right now, after going through a very public break up from baby-mama Kylie Jenner.While the pair are reportedly working on getting back together, the rapper was accused of having a “side chick” who was taunting Kylie on social media.