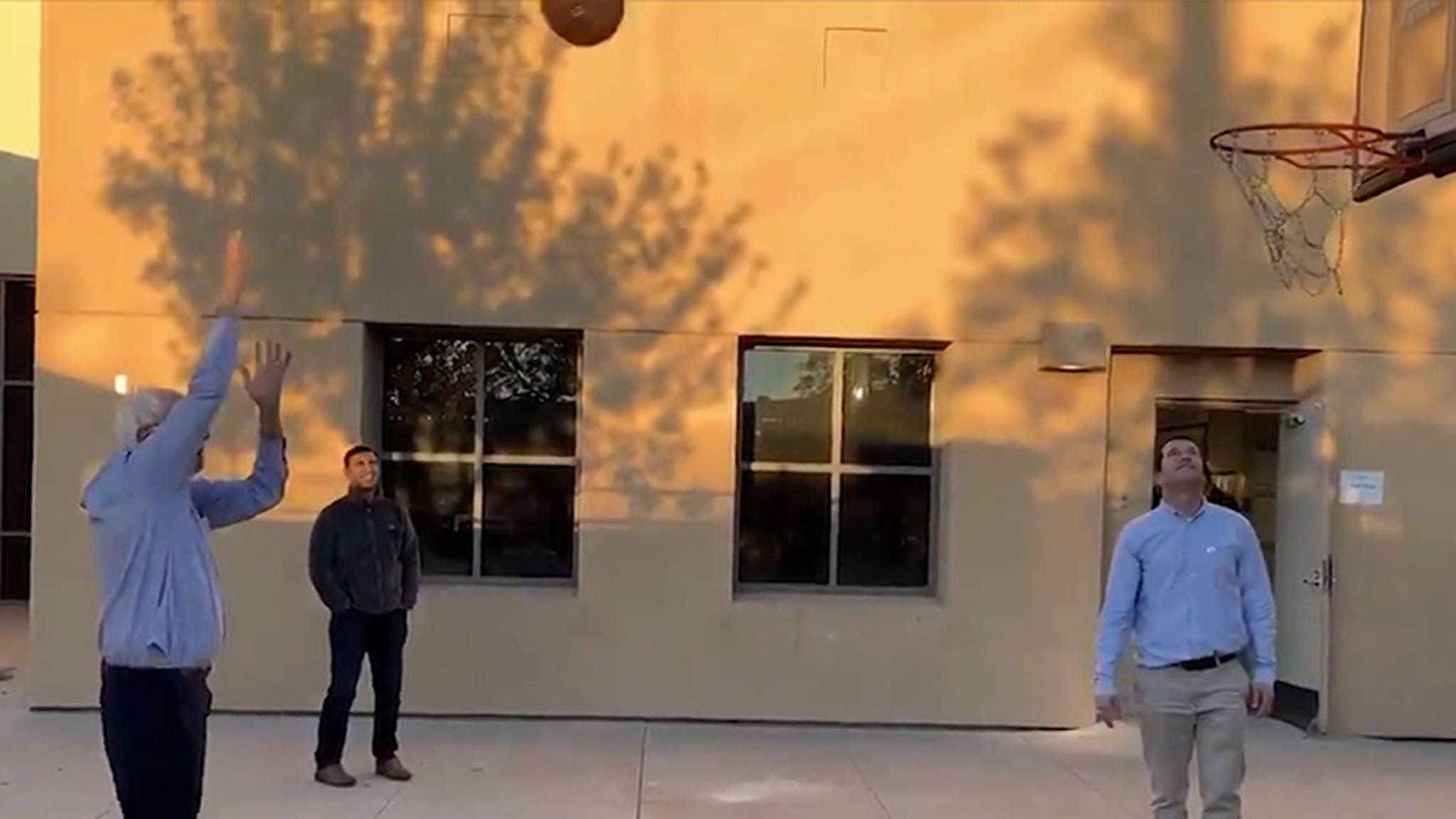 Move over, Barack Obama … there’s a new politician with an absolutely wet jumper — BERNIE SANDERS!!!!
Okay, it ain’t exactly Kareem and the skyhook … but here’s the 78-year-old showing off his hoops skills over the weekend — and the dude can score the basketball!!!
The 2020 presidential candidate hit a small hoop somewhere in Las Vegas on Sunday … and he was straight cash from the free-throw line — nailing five shots in a row!!
In fact, Bernie’s wife was even impressed with the guy … saying to him in the video, “Now, you’re just showing off!”
It’s a pretty incredible rebound for Sanders … who just a few weeks couldn’t have looked more unathletic in a devastating loss to a speed bag.

But, Bernie’s team says his basketball performance was no fluke … in a statement to Newsweek, they claim Sanders gets buckets any chance he can on the campaign trail!
“Anytime we see a court, he’ll ask if he can get a few minutes to shoot around,” campaign manager Faiz Shakir said.
Someone set the 1-on-1 matchup with Barry O, ASAP!!!!!!