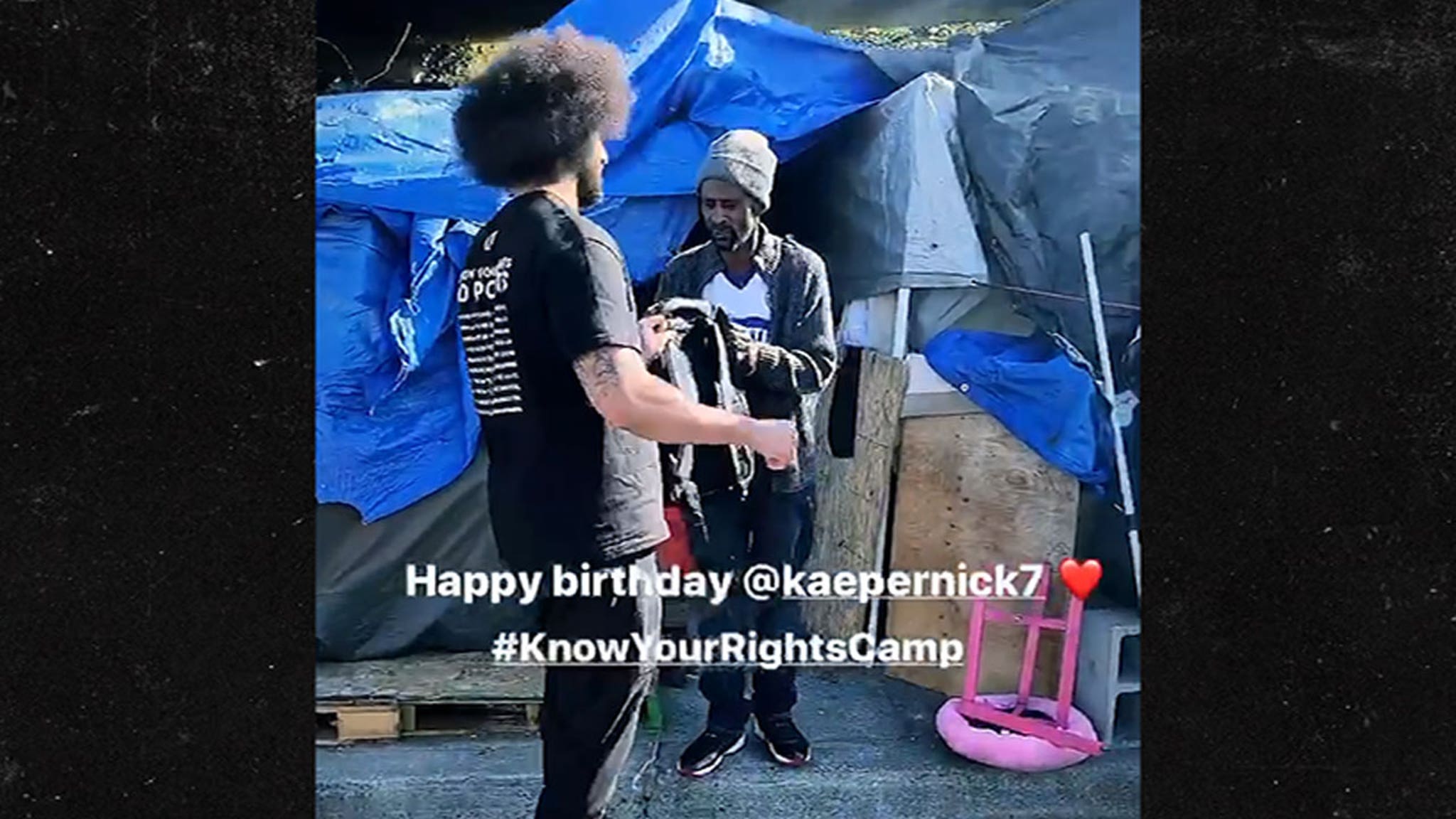 Colin Kaepernick is giving back on his birthday … and doing so for the people who need it most.
The former NFL quarterback was out in Oakland Sunday to celebrate his 32nd birthday, but rather than party it up … he was out in the streets bright and early helping to feed and supply the countless homeless residents lining Tent City — Oaktown’s own skid row.
In partnership with his foundation, Know Your Rights Camp, and with the help of his girlfriend, Nessa, Colin was literally walking around handing out backpacks that were filled with snacks, socks, air quality masks, shampoo and other crucial resources.
He even got a food truck to come out and feed everyone on his dime — which folks seemed more than grateful for as Colin and co. pointed them in the direction of some free grub.

Of course, Colin also drew a crowd of locals who were clamoring for photo-ops … which he happily obliged. Fitting he did this in the Bay too — a place he’s all too familiar with.
You’ll recall … CK was the SF 49ers’ QB just a few years ago, before he exited the NFL amid his National Anthem protest … and without even so much as a proper workout since.
That’s not gonna get him down on his birthday though — he’s clearly still out there working for the people, and doing it with a smile to boot. BTW, it looks like he’s been doing this on his birthday for a little while now … based on a flashback video from 2016.

The KYRC org posted a clip from what they say was taken in Oakland 3 years ago, on Colin’s birthday. He got doused with a cake then … he deserves at least that much this time too.