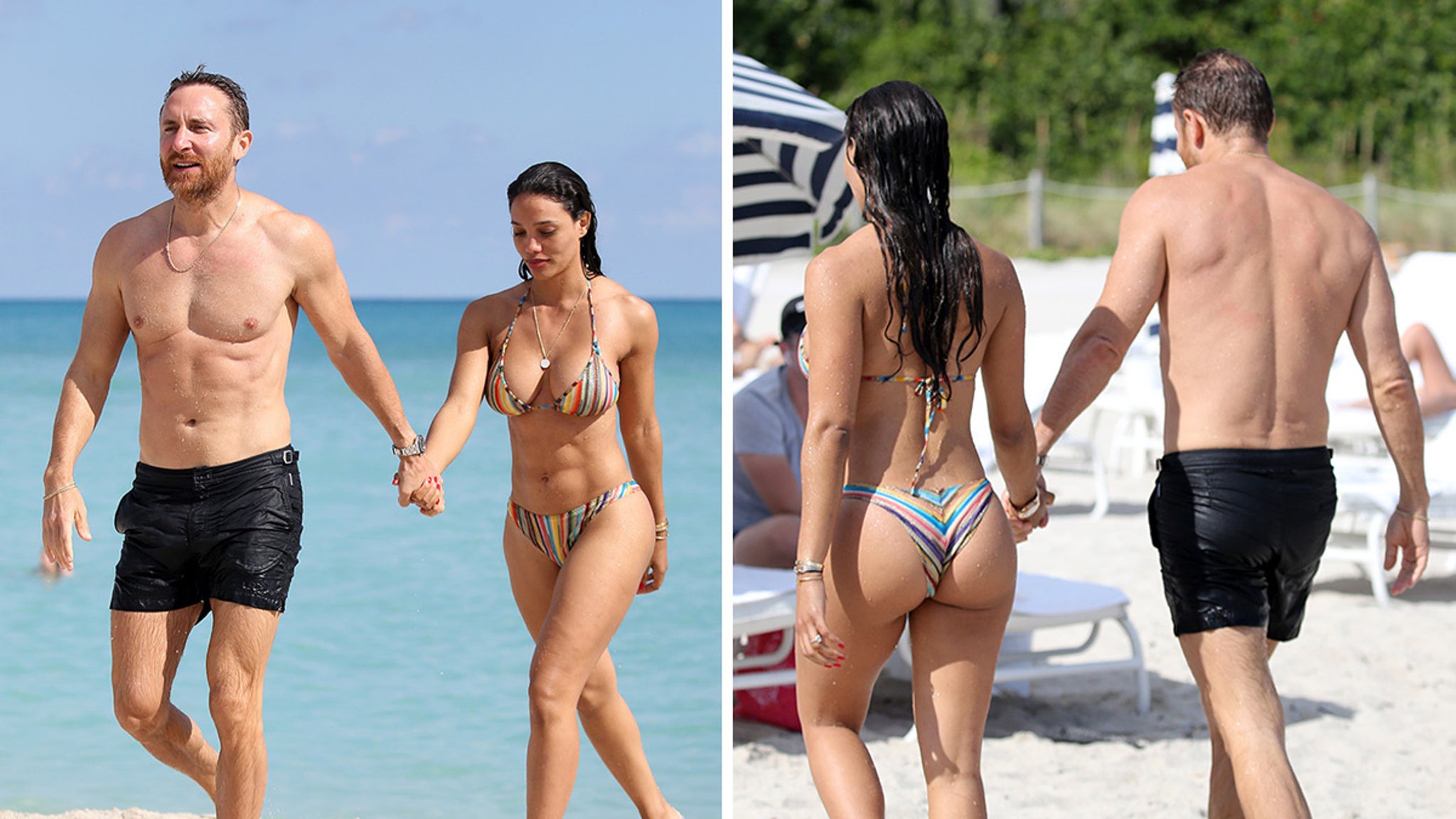 David Guetta and his girlfriend — but definitely not his fiancee — are still going strong, and reminding everyone they’re one of the hottest and fittest couples out there.
The EDM superstar and Jessica Ledon hit up the beach Tuesday in Miami and went through the full course of PDA — hugging, kissing, and lovingly holding hands.
The shirtless DJ and the curvaceous actress are a sight to behold, as is the rock on her ring finger.
Don’t get too excited, though … as we told you last year, David and Jessica are NOT engaged because Guetta doesn’t believe in marriage anymore. That giant diamond she’s flaunting is a promise ring she got from him, vowing “love and commitment” … but no wedding.
Guetta was married for 24 years before getting divorced in 2014, and he and Ledon have now been dating since 2015.
Seems like the promise ring’s doing the trick.