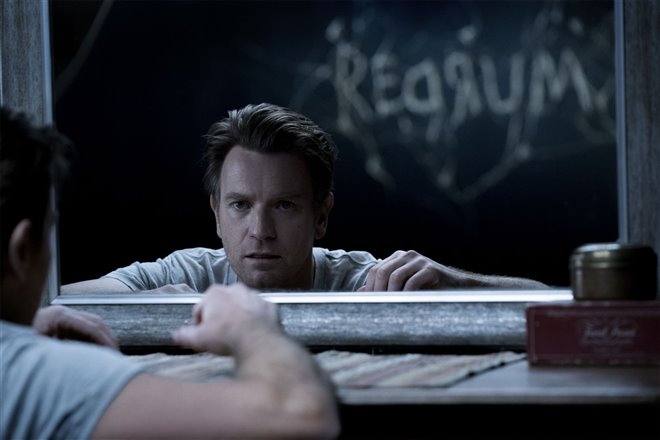 Following the success of Stephen King’s novel The Shining, Doctor Sleep was published in 2013, instantly turning the book into a best seller. Mike Flanagan was bold enough to take on the responsibility of adapting the thriller into a film, with Stephen King’s blessing.
Doctor Sleep takes place after the events of The Shining, following Dan Torrance (Ewan McGregor) as a 40-something man who suffers from PTSD, given his childhood trauma. He silences his ghosts with bottles of alcohol and moves from city to city, a lost soul.
He finally lands in a small town where a stranger gives him a place to stay and a job in a hospice. He attends AA meetings and works to straighten out his life. Fast-forward eight years later, and the clean-shaven, sober Dan seems to be doing a lot better. He helps dying patients at the hospice by mentally calming them using his gift, and is given the nickname Doctor Sleep.
Because Dan still has his shine, he is able to communicate telepathically with Abra Stone (Kyliegh Curran), a young girl who possesses strong psychic powers.
When she “sees” a murder take place one day, she leads Dan to True Knot, a cult led by Rose the Hat (Rebecca Ferguson). Rose and her followers have been surviving for years by killing children that have the ability to shine. When this cult targets Abra after sensing the immense powers she possesses, Dan has to jump in to save her.
Doctor Sleep borrows many images from its predecessor to create a pulsating feeling of discomfort, which inevitably haunts us. The unsettling feeling when we revisit the Overlook Hotel is reason enough for horror lovers to watch (and enjoy) this one. Mike’s past experience directing The Haunting of Hill House clearly helped him deliver the same chills for the hotel scenes as well.
The first half of the movie drags a bit and a few scenes could have been left on the editing room floor, but the pace really picks up in the second half. The filmmakers have assembled a cast that brings out the best in each other — whether it’s Ewan and Kyliegh, or Ewan and Rebecca Ferguson. The strongest actors who really bite into their meaty roles are Kyleigh and Rebecca. Kyleigh is a gifted newcomer who delivers in every scene. For her part, Rebecca gives you the chills, playing to Rose’s villainous streak.
While the movie isn’t terrifying, it’s the imagery that really haunts you. Be prepared for some scenes that might be a bit hard to digest, especially if you have young children. I recommend this movie for horror fans, and certainly for fans of The Shining. ~Marriska Fernandes
Click here to watch our interview with director Mike Flanagan and star Kyliegh Curran. If you have seen the film and would like to rate it/write a review, click here.

November 8, 2019 | Leave a Comment
The new comedy Playing with Fire opens today, along with the rom-com Last Christmas, Doctor Sleep by horror director Mike Flanagan and the WWII drama Midway.

October 16, 2019 | Leave a Comment
Carla Gugino, who stars as Olivia Crain on The Haunting of Hill House, talks about her role, working with creator Mike Flanagan and her ghost experience on set.

October 15, 2019 | Leave a Comment
The Netflix 10-episode series The Haunting of Hill House is now available on Blu-ray, with extended Director’s Cut and Audio Commentary by Mike Flanagan.