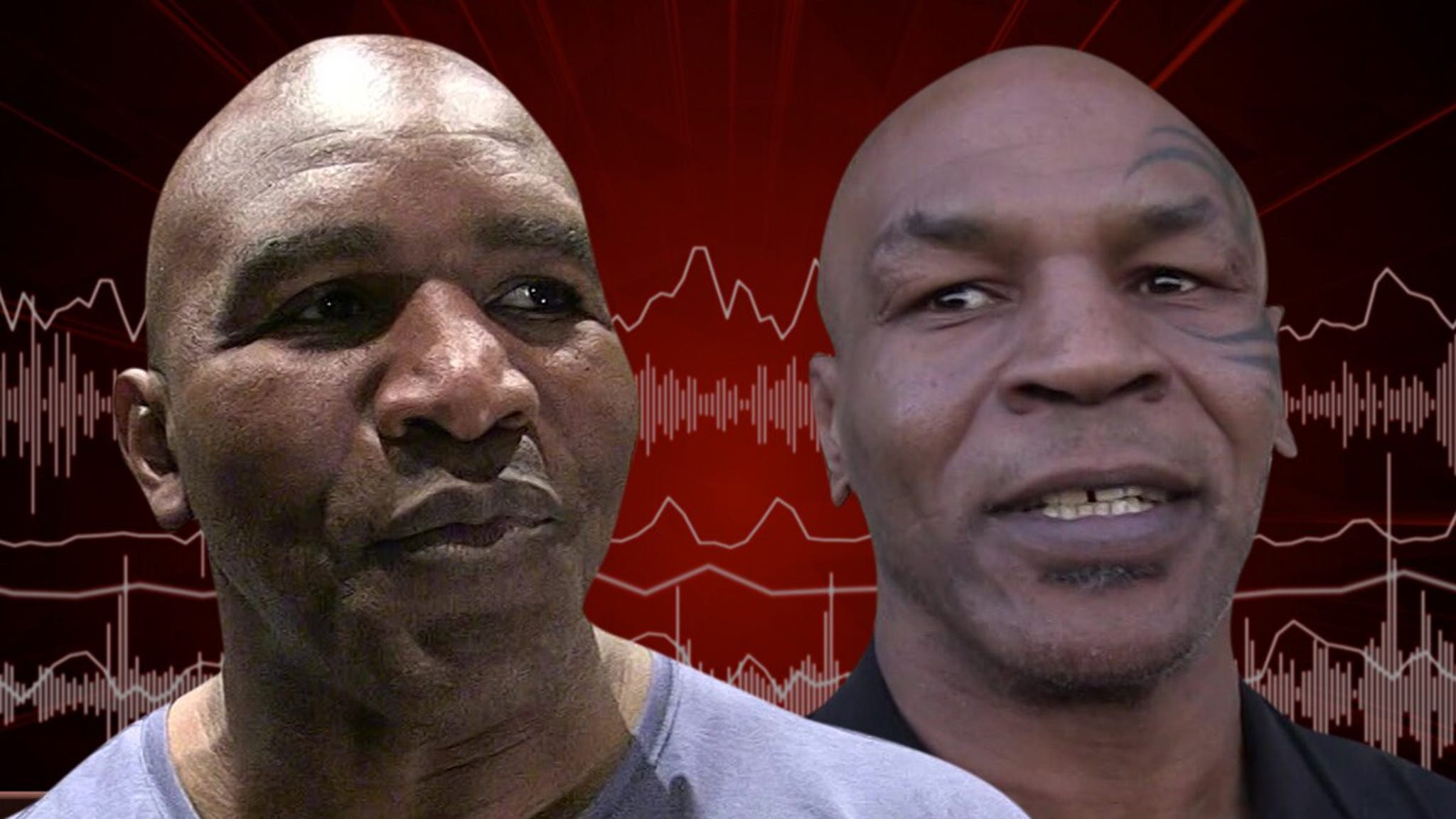 “I bit somebody too … it just wasn’t on TV” — Evander Holyfield.
Bombshell bite news is coming out of Mike Tyson’s podcast, where the guy Mike famously bit admitted he ALSO weaponized his mouth during a boxing match back in the day!
Iron Mike invited his former nemesis to “Hotboxin’ With Mike Tyson” — where they discussed the infamous 1997 ear chomp … and Evander explained why he ultimately forgave Tyson.

“People keep asking, ‘How are you gonna forgive somebody?'” Holyfield says. “I say, everything that ever happened, at some point in time, I did it.”
“Mike bit me, I say I bit somebody too … it just wasn’t on TV.”
Evander continued … “I bit a guy in his shoulder. He dropped me, and I didn’t know when you had a concussion, you’ll bite too.”
Holyfield didn’t name his bite victim during the podcast — but says the guy called him up after the Tyson chew incident and said, “Remember when you bit me?”
Holyfield responded, “I sure did, bitch! You shouldn’t have grabbed me!”
Both Tyson and Holyfield laughed about it … and then Tyson made a business proposition involving weed and edible ears!
Long story short, Mike wants to sell THC edibles in the shape of Evander’s chewed up ear — and Holyfield says he’s VERY interested!
One more fun fact … Mike says fans are still so obsessed with the bite, he made back the $3 MILLION he was penalized by charging fans $250 a pop for pics reenacting the chomp.