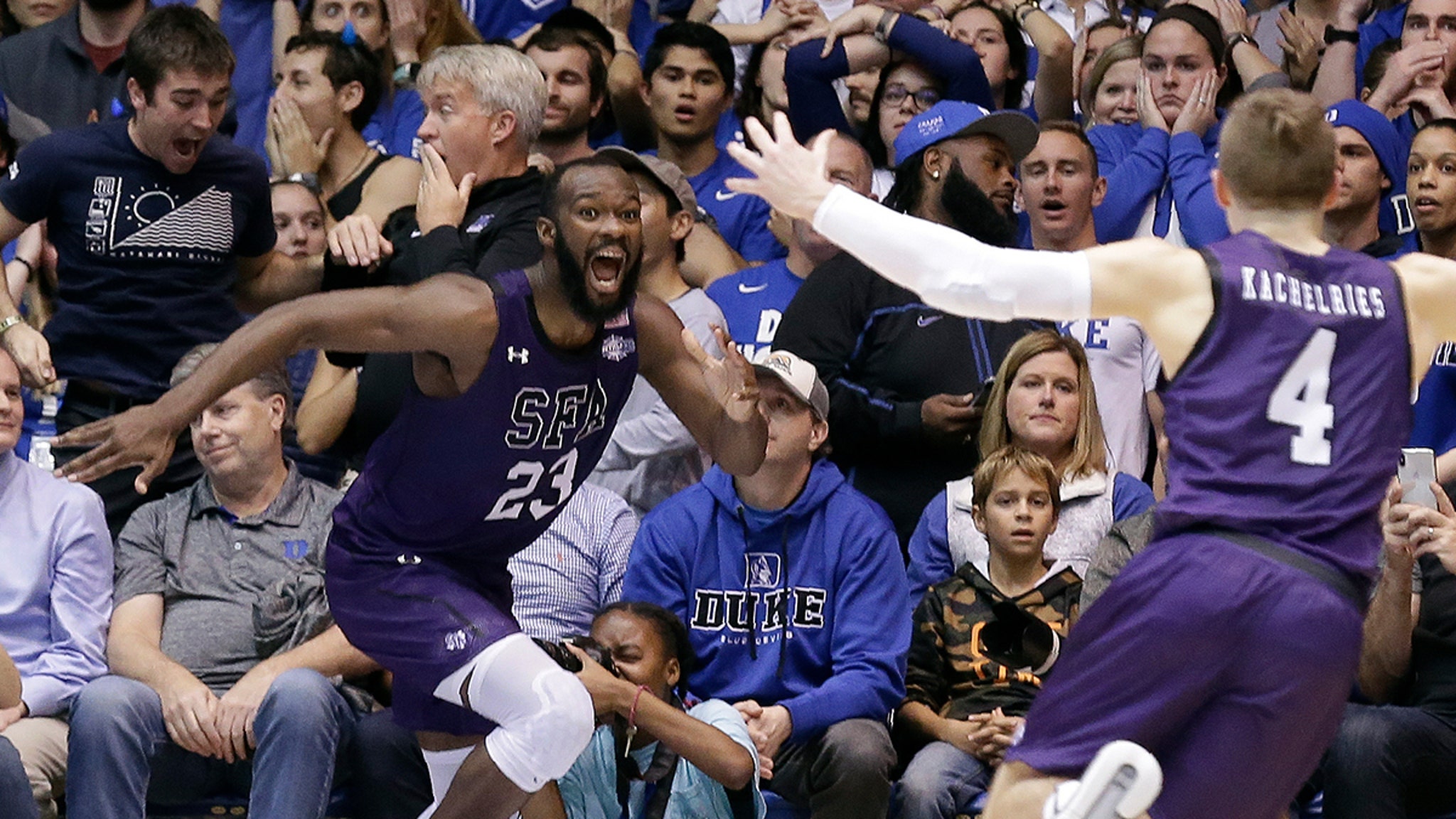 7:45 AM PT — As for the NCAA’s involvement, one source tells us the NCAA allows schools to conduct fundraisers for student-athletes and their families, “for extreme circumstances that are extraordinary and outside the student-athlete’s control (like natural disasters).”
We’re also told, “The proceeds may go directly to the student-athlete and his family, however, the school has to track it and keep record of expenses.”
“Excess funds must be given to a charity.”
Right after SFA hero Nate Bain hit the game-winner to beat Duke — fans hit his GoFundMe with $30k in donations to help his family rebuild from the devastation of Hurricane Dorian.
AMAZING STORY!!!
Bain fought back tears during his postgame TV interview — talking about how much the victory at Cameron Indoor meant to him … especially after the disaster in the Bahamas.
“My family lost a whole lot this year,” Bain said, holding back tears. “I’m not going to cry on TV.”

Officials at Stephen F. Austin State University had set up an NCAA approved GoFundMe for Bain back in September … saying Bain’s family saw “nearly everything of value destroyed by Hurricane Dorian.”
“Bain’s father — a minister — watched as his church suffered extreme damage from the storm as well.”

The good news … EVERYONE learned about Bain’s story after watching SFA take down Duke and fans flocked to the GoFundMe in droves to help out, donating roughly $30k!!!
And, it’s not just SFA people opening up their wallets, fans from UCONN, Michigan State, UNC … and yeah, even some Duke-haters are pitching in.
Incredible story … but what’s even cooler is how Bain was able to celebrate the moment with his teammates — ’cause the guys went INSANE after his legendary layup!

You can see in locker room video shot by Bain’s teammates … there were water shower celebrations, Gatorade ice baths and a whole lot of flexing and screaming!!
Felt like March in November … gotta love it!!!!
Originally published — 7:37 AM PT