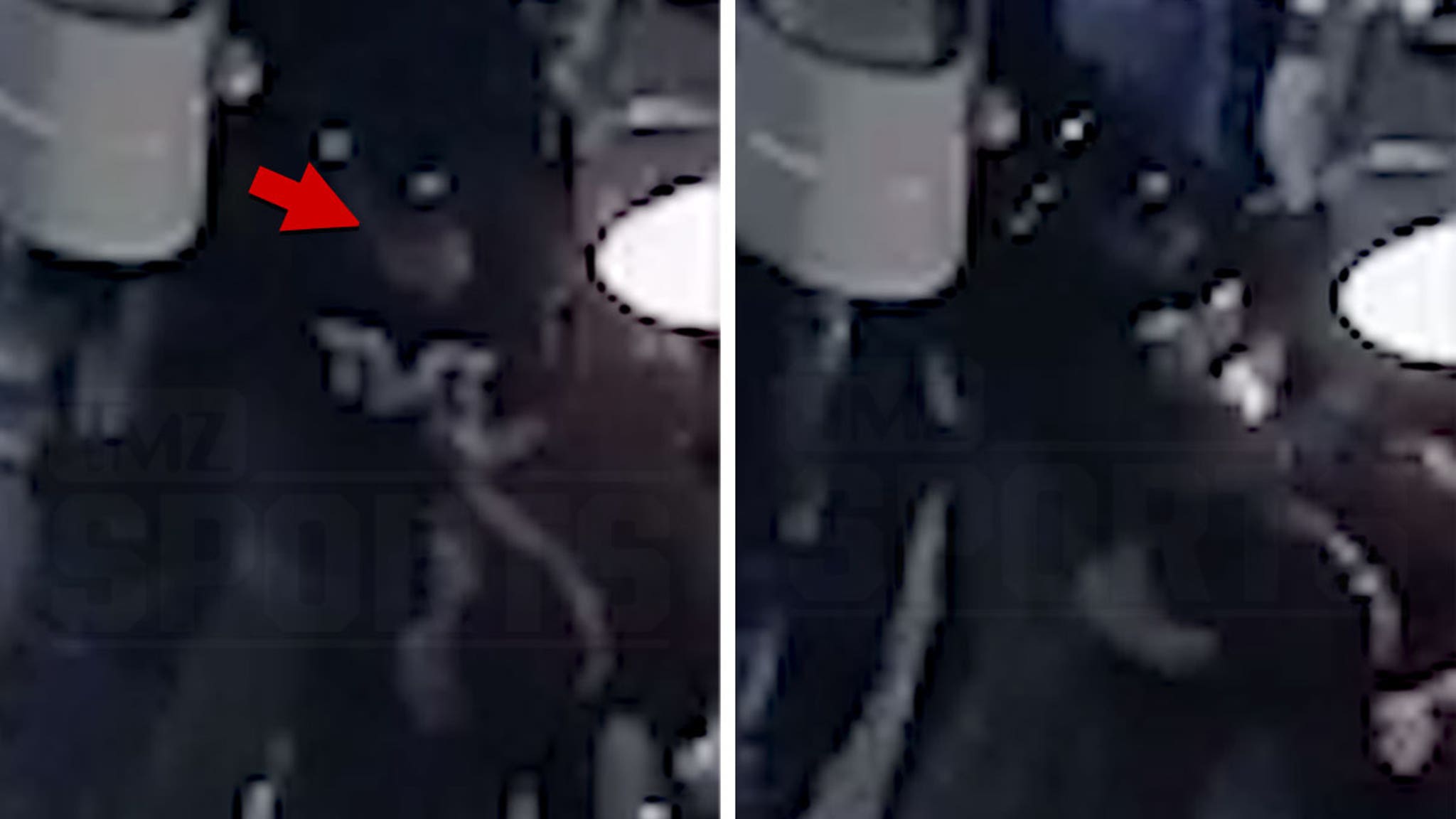 Floyd Mayweather’s mixed up in another one-sided fight, but he wasn’t the one throwing punches … some guy in his crew delivered this beatdown.
The champion boxer was involved in an incident at a Las Vegas mall on Thanksgiving eve that resulted in a fan getting thumped by a presumed member of his security team … as you can see on surveillance footage, obtained by TMZ Sports.
We’re told Floyd was exiting the House of Hoops store with his girlfriend and his crew when an employee working at one of the kiosks nearby approached for a photo. The employee, Juan Calderon, tells TMZ … he was trying to get a pic for a coworker who felt weird asking, but Floyd shot him down.
Calderon says Mayweather was rude about the rejection, so he let Floyd and his group know that he thought they were “acting like d**ks.”
One of Floyd’s boys allegedly confronted Calderon about the comments, and Juan tells us he told the guy Floyd should take photos with his fans. Juan says the guy tried to smooth things over and shake his hand … but he refused.
That may have been a bad move because Calderon tells us another crew member noticed he was still looking Floyd’s way … so he then approached to confront Juan about his insults.
The apparent bodyguard can be seen in the mall footage wearing a TMT shirt walking next to Floyd and is later seen throwing at least a couple punches at Calderon. Juan says the guy unloaded on him, landing 3-5 blows before leaving.
Calderon says Floyd was right there when the attack went down. Juan tells us he went to the hospital for a CT scan afterward … which fortunately revealed no brain injury.
He also says he filed a police report, and law enforcement confirms it responded to a call for a simple battery incident at the mall on Wednesday night around 9:30 PM.
Sources close to Mayweather tell us … Calderon was antagonizing the boxer and his crew, and they believe he was looking for a fight — and a lawsuit.