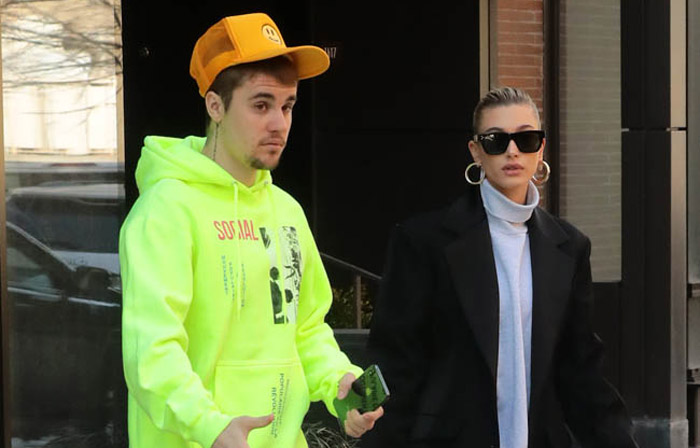 Justin Bieber has persuaded his wife Hailey Baldwin to join the launch of his new natural deodorant brand.

The 25-year-old pop megastar dropped his new Schmidt’s collaboration, Here + Now, on Wednesday (11.06.19) along with a video which sees Hailey, 22, plant a kiss on her husband’s cheek.

Justin teamed up with the global beauty brand Schmidt’s to create a plant-based deodorant, for which he helped design the packaging for the gender-neutral, baking soda-free deodorant, which features buzz words like “Be Kind”, “Stress Less”, and “Hug More”.

The ‘10,000 Hours’ hitmaker said: “Here + Now is all about living in this moment we’ve been given and making the most of it. I try to share that message through my music, my lifestyle and through the partners I choose to collaborate with. Schmidt’s is a great brand whose products promote natural self-care, which is something I really believe in: take care of yourself, live your best life, and always be Here + Now.”

The ‘Sorry’ singer announced his new venture back in May 2019 in hopes to bring new fans into the natural category after Hailey – who is a big fan of natural beauty products – became the face of cosmetics company bareMinerals in September 2018.

Ryu Yokoi, chief executive officer of Schmidt’s Naturals, said: “At Schmidt’s, we believe in the power of self-care, and each and every one of our products is crafted based on that passion, including Here+Now. We’re thrilled to introduce a natural deodorant that is not only effective, but also serves as a call to mindfulness and living in the moment. As a co-creator, Justin has been integral in the development of Here+Now by bringing his own personal journey with self-care to the table.”

The new deodorant and advert come a month after Justin and Hailey, 22, teamed up for a new Calvin Klein underwear commercial.

The married couple – who tied the knot last year and remarried during a ceremony in South Carolina in September – agreed to strip down to celebrate their CK50 collection, marking 50 years of the brand.