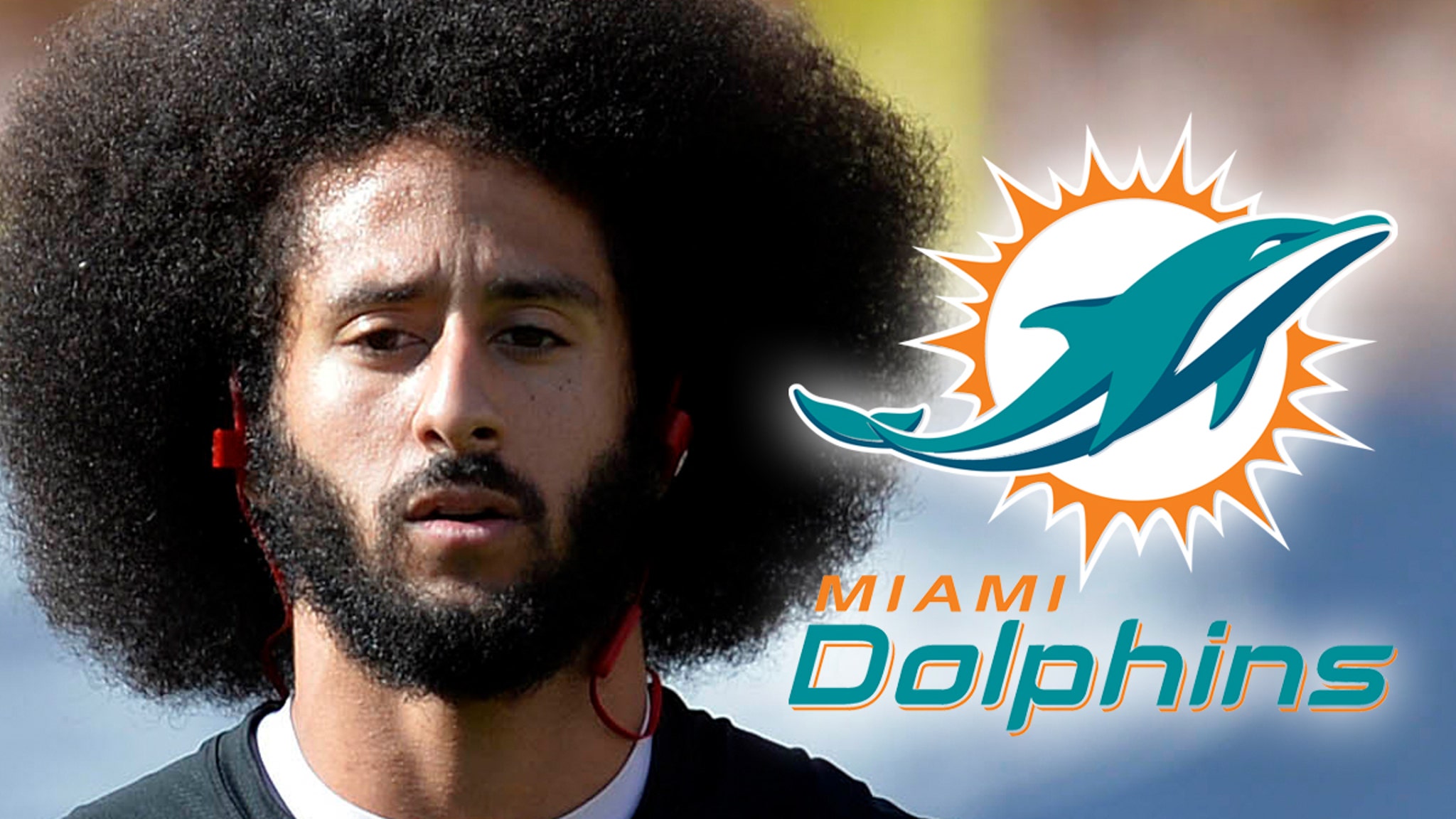 1:49 PM PT — Belichick didn’t have the answer … but now we know the Patriots WILL have a rep at the workout on Saturday. New England is sending a scout (not a head coach or GM, like Kap asked, but still).
10:59 AM PT — Panthers safety Eric Reid — one of Kaepernick’s biggest supporters — says the workout “feels like a PR stunt” by the league … but says Kap will be ready for it regardless.
“We’ll see if it’s a real process,” Reid says. “We’ll see if it’s a real event.”

9:41 AM PT — The Detroit Lions WILL send reps to Colin’s workout, says coach Matt Patricia.
“As an organization, we always do our due diligence on all players that are available … so I know [Bob Quinn] and his staff will have someone down there to watch the workout and we’ll see where that goes.”
Other head coaches are weighing in on the workout at their Wednesday meetings with the media …
The Atlanta Falcons say they ALSO plan on having someone at Kap’s workout. Not a surprise because the workout will take place at the Falcons facility.
Denver Broncos — Vic Fangio says he’s unsure if the team will be in attendance.
Houston Texans — Bill O’Brien declined to comment on whether or not the team will be in attendance.
Chicago Bears — Matt Nagy says the team is not sure if they’ll have a rep in attendance.
Indianapolis Colts — Frank Reich says the team hasn’t made an official decision yet.
Baltimore Ravens — John Harbaugh says he does not know if the team will have a representative at the QB’s workout.
Dallas Cowboys — Jason Garrett says he’s “not really in tune” with Kaepernick’s situation and is unaware if the team will send a rep to the workout.
New England Patriots — Bill Belichick says he’s “not sure” if the team’s interested … and said to check with Nick Caserio, the director of player personnel.
At least ONE team has committed to sending a rep to the Colin Kaepernick workout on Saturday — the Miami Dolphins — but the question is … who will attend???
Remember, one of Colin’s demands is that the workout must be attended by real shot-callers and decision-makers to ensure the workout is legit and not a PR stunt.

Miami Dolphins coach Brian Flores was asked if his team will be sending anyone … because the QB situation in MIA is HORRIBLE … and Flores said they’re planning on going.
“We’ll have someone there,” Flores said … “We’ll see what he looks like.”
“We like our quarterback situation right now. We’re going to do our due diligence.”
Kaepernick says he expects “head coaches and GMs” — so we’ll see if Flores makes the trip.
Meanwhile, NY Jets head coach Adam Gase was also asked if his team is planning on going … but he declined to answer, saying he’s focused on the Redskins.
As we previously reported, Kaepernick is set to work out in Atlanta on Saturday in the hopes of getting back into the NFL after being out of the league for 3 years.
Originally published — 8:29 AM PT