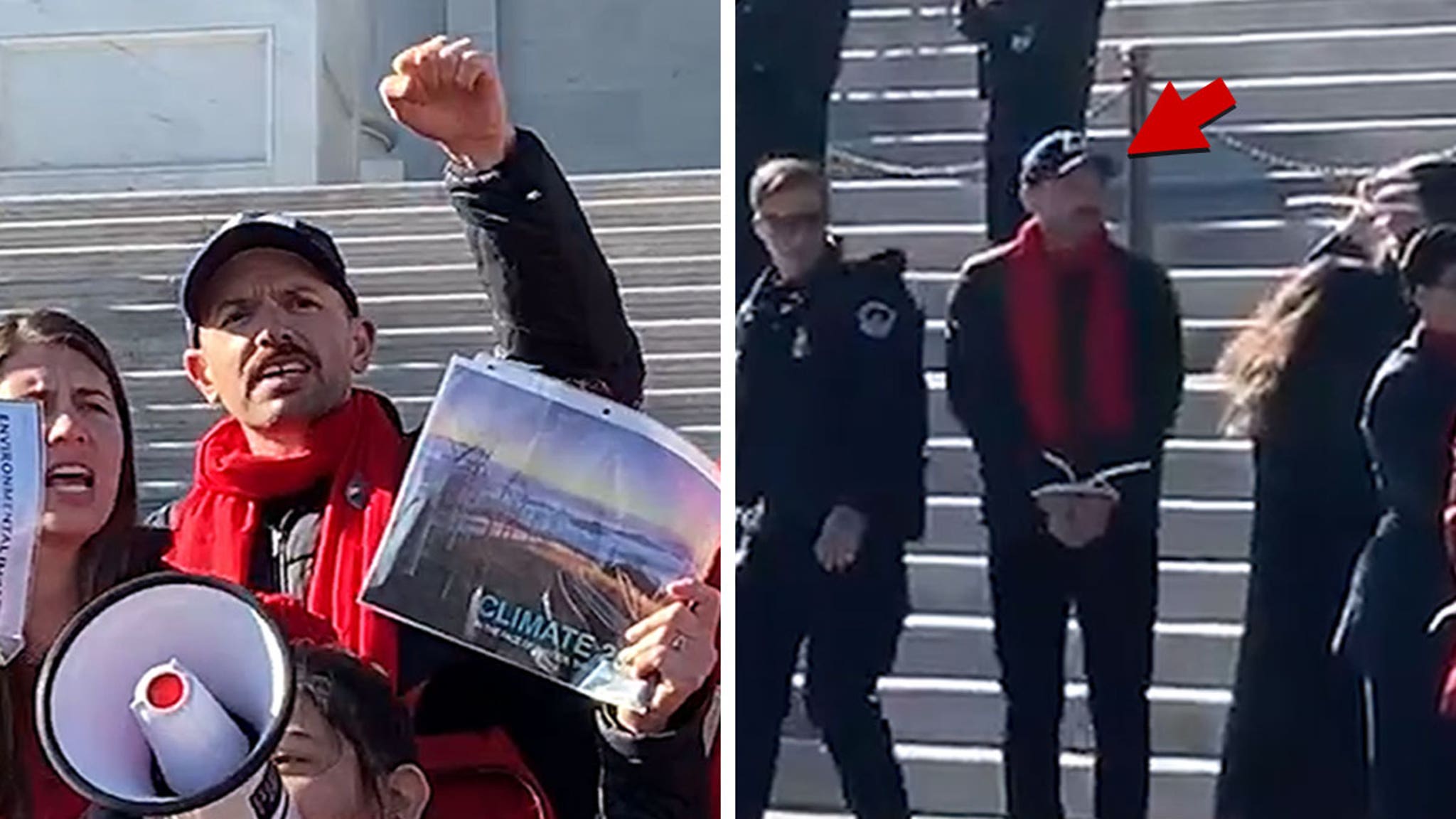 Just because it’s Black Friday, doesn’t mean Jane Fonda and her growing army of climate change activists are taking the week off … and another celeb got arrested for the cause.
Comedian Paul Scheer was taken away in handcuffs from the demonstration outside the Capitol Building in Washington D.C. He’s the latest member of the club to be arrested in the Fonda-led “Fire Drill Fridays” protest for climate change.
As we reported … Diane Lane, Piper Perabo, and Amber Valletta were added to that list last week. We’re told Scheer was one of 37 people to be arrested Friday.

Also joining the force this week — the 11-year-old star of “Young Sheldon,” Iain Armitage. Iain spoke at the event about climate change’s threat to farmers and the world’s food supply … as did Scheer.
Fortunately for the kid, he wasn’t arrested like Paul. Like he says … he’s a little too young for a criminal record.

For the fourth straight week, Jane also avoided being cuffed by D.C. cops. As we’ve told you … she’s already been arrested 4 times, and the folks behind her movement are making sure she avoids her 5th arrest because it could result in serious consequences.
Other Hollywood stars to be arrested during past ‘FDF’s include Sam Waterston, Ted Danson, Rosanna Arquette and Catherine Keener … and it seems like the list is only going to get longer.