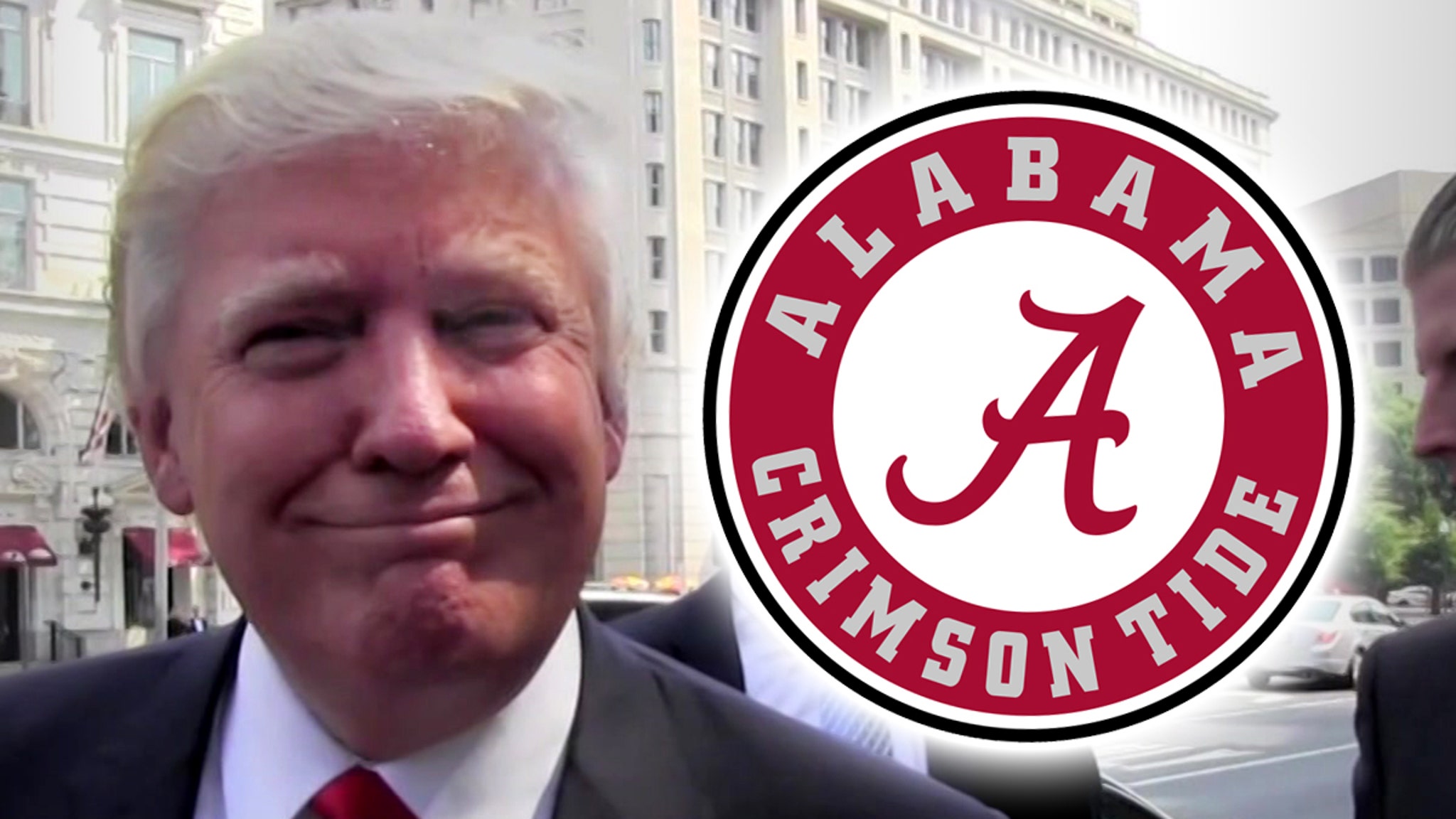 President Trump finally came to a sporting event where the fans didn’t totally hate him — or at least partially hate him — and it only took a trip out to MAGA country to do it.
DT flew out to Tuscaloosa, Alabama Saturday to catch the Crimson Tide play the LSU Tigers at Bryant-Denny Stadium — and when his presence was announced … the crowd lost their minds, cheering on the Prez and giving him a resounding round of applause and standing O.

Lots of cheers and some boos for @realDonaldTrump in Alabama. pic.twitter.com/c70q7KcNkW— Jeff Mason (@jeffmason1) November 9, 2019
@jeffmason1

That’s gotta feel nice for 45, considering he’s kinda been getting s**tted on lately at public events like this, including on his own turf in Washington D.C. … where he got booed.
Some members of the Nats crowd even chanted “Lock Him Up!” and even hung an “Impeach Trump” banner. There were, of course, some cheering too — but mostly boos.

Ditto for the UFC event Trump attended just last week in Madison Square Garden, where he was booed and cheered alike — with the bad reactions coming through just a tad louder. Trump wrote that he felt it was like a Trump rally, but the videos speak for themselves.

The President is here and the boos are deafening. #UFC244 pic.twitter.com/MbQdKIvuil— Ricardo Montero (@RicardoMonteroH) November 3, 2019
@RicardoMonteroH

Fast-forward to Saturday … and DT seems to be back in good company. BTW, DT won Alabama in the 2016 presidential election by about 30% or so. He got nearly 63% of the electoral votes at the time, while Hillary Clinton racked up just 34%. Alabama’s traditionally votes red.
Anyway, enjoy the praise, Mr. President … until the next big game, that is.