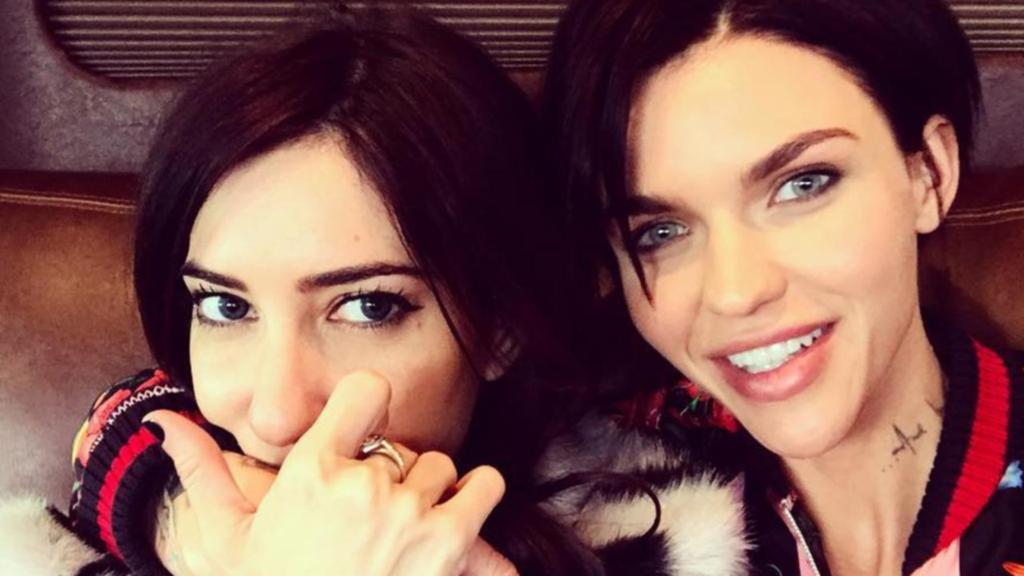 Days after Jessica Origliasso announced her engagement, Ruby Rose has posted a series of veiled messages online that appear to be directed at her Veronicas star ex.“A real relationship has fights,” said one of the posts Rose shared, possibly referencing her acrimonious split from the Veronicas star last year. Another meme stated, “We fall in love with three people in our lifetime,” to which Rose added “I love this” before posting it to her 14.4 million fans.Camera IconCredit: InstagramAnother cryptic post read: “When nails grow long, we cut nails not fingers. Similarly when misunderstanding grow up, cut your ego, not your relationship.”Rose also shared a post that said: “Maybe they will choose you … maybe they won’t. But none of it matters if you choose yourself.” Last week, Origliasso announced via Instagram she was engaged to her trans male partner Kai Carlton on their one-year anniversary.Camera IconCredit: SuppliedCamera IconCredit: SuppliedCamera IconCredit: Supplied“Happy one year & THE REST OF MY LIFE with you [Kai],” she wrote.“I’ve been happy crying for two hours. I’ve never felt so full.”The couple got together in November 2018, seven months after Origliasso split with Rose.Rose and Origliasso’s on-off relationship ended badly had a volatile relationship, with Origliasso telling Kyle and Jackie O last year their union was “very complex”.“I’m still trying to come to terms with the reality of it every day so it’s really hard to explain to anybody,” the singer said.“There was just so much that happened, so much that I can’t even get into it.” Things went sour between the former lovers, and became public after Origliasso posted a photo of her kissing her new love at sister Lisa’s wedding in 2018. Rose commented on the post: “Congratulations, so happy for you both.”Origliasso responded, accusing Rose of private “continued harassment”.“I have requested you not contact me for over four months now,” Origliasso wrote.“You have been given my grace of being ignored on every other private platform, so the fact you continue to ignore this to contact me here publicly under the guise of wishing me well, is continued harassment.“That is news to me,” Rose responded.Origliasso then posted a quote to her Instagram story about “entitlement” and “conditional love” and “toxic people”. Camera IconCredit: SuppliedRose also had a fractured relationship with Origliasso’s twin sister, Lisa.In 2017, Rose had a spat with Lisa, about remarks Lisa made in the months leading up to Australia’s same-sex marriage plebiscite.In a since deleted tweet, Rose had a crack at her then girlfriend’s twin sister for celebrating the Yes vote result on same-sex marriage, accusing her of voicing her own doubts about the issue in the preceding months.Camera IconCredit: AFP“So glad to see Lisa Origliasso screaming in excitement about the yes vote after telling us she thinks we should feel ‘lucky’ we don’t get stoned to death like they do in other countries and get over it a few months ago … Really warms my heart,” Rose tweeted.She ended the tweet with an eye roll emoji.Lisa responded on Twitter, denying she held views that were intolerant towards same-sex marriage and stating she would continue to show “unwavering support for the LGBTI community”.