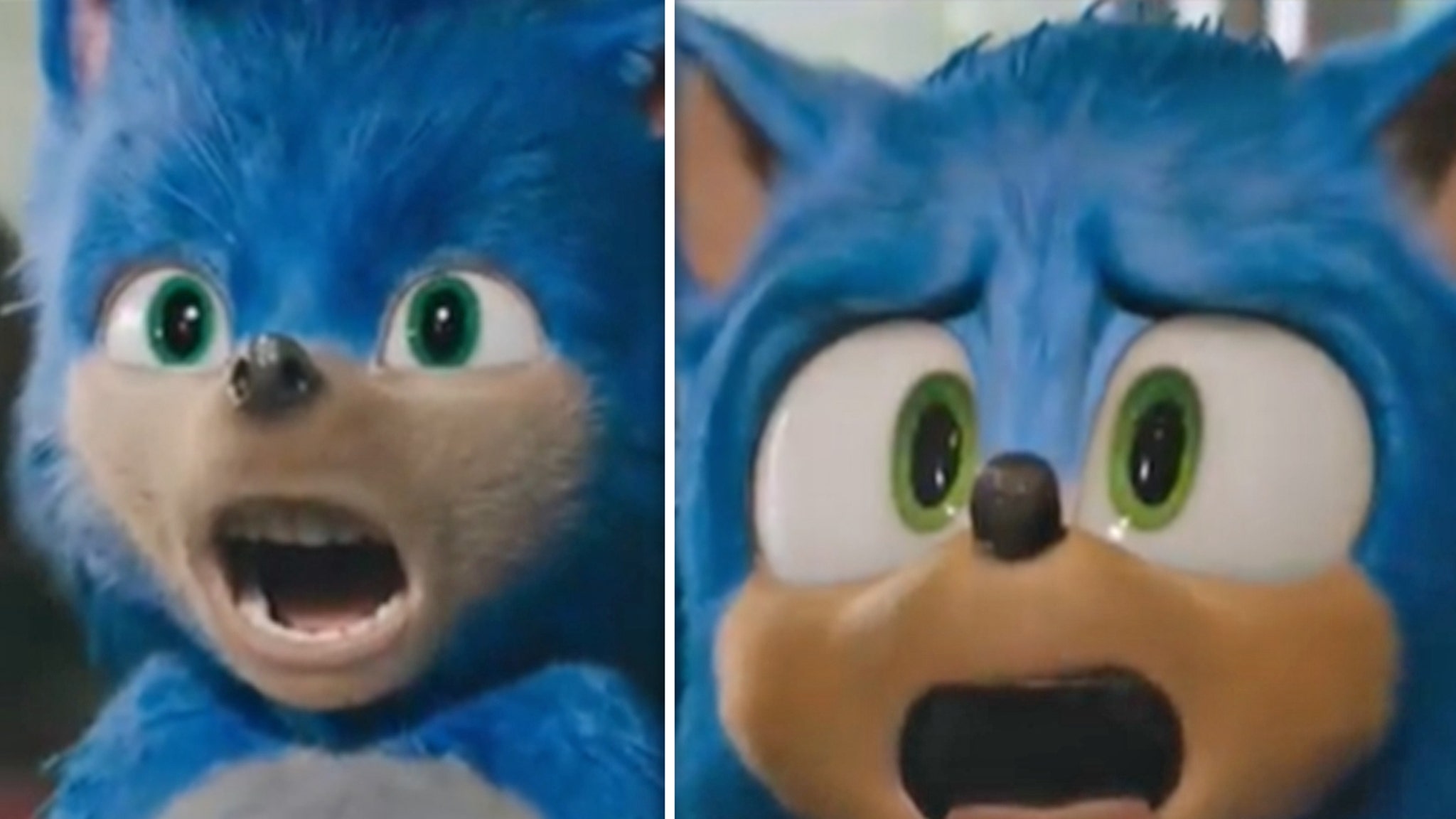 Sonic the Hedgehog looks a lot less frightening now after he got an eye job and a good mouth sanding — which should hopefully put restless die-hard fans at ease.
A new trailer for the part-live-action ‘Sonic’ movie dropped on Tuesday, and our favorite video game hero underwent a major redesign since tremendous backlash from back in May — when the blue furball looked more human than cartoon character … and folks noticed.
Now, he’s back to his normal self — with larger eyes and significantly smaller teeth. And frankly, that’s good … nobody wants to see Sonic’s fillings in the upcoming action flick.

Fans knew these tweaks were coming, BTW. The director of the movie, Jeff Fowler, forecast as much when he said he’d heard ’em loud and clear on the feedback, adding it’d happen.

Based on reactions so far, it seems the public is relatively pleased with what they’re seeing. That’s gotta be a relief for Paramount — the film’s coming out in a few months!!!