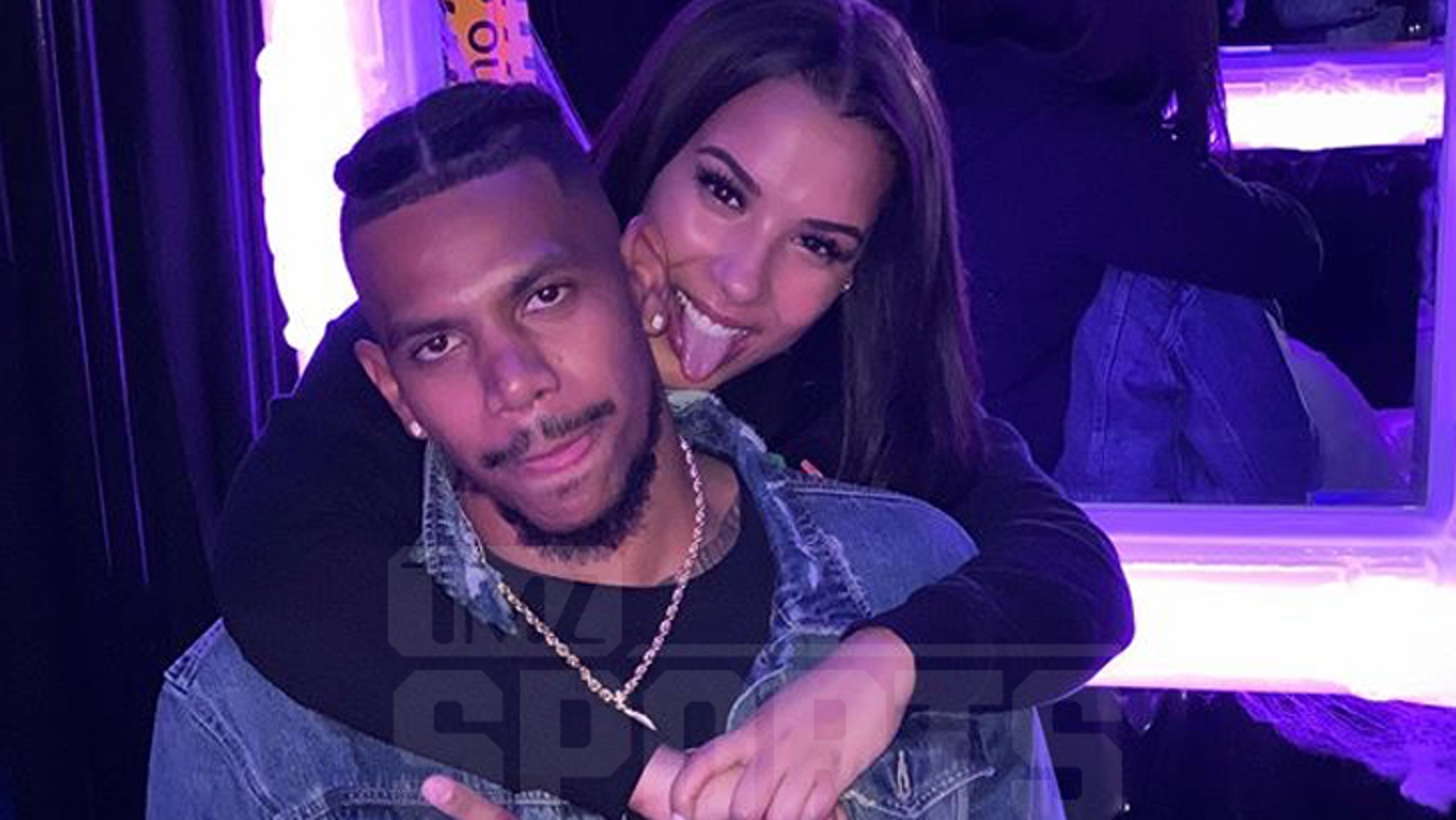 2:25 PM PT — Cops say they found a semi-automatic pistol in the front passenger seat of Pryor’s Mercedes-Benz … along with a TON of blood inside the vehicle.
There’s more, WPXI’s Amy Hudak says cops also recovered a Glock pistol with a flashlight.
Hudak also reports a witness at the hospital was overheard saying, “We should have just let him die.” Hudak says witnesses told police the two had a “very volatile relationship” and that Pryor “always had his hands all over her.”

1:59 PM PT — Terrelle Pryor has been arrested and charged with simple assault, according to the Pittsburgh Police.
Officials say the 30-year-old NFL player was involved in a “mutual combat” incident during a Nov. 30 dispute … and the female involved has also been arrested.
24-year-old Shalaya Briston has been charged with Criminal Attempt Homicide and Aggravated Assault.
According to law enforcement, cops responded to UPMC Mercy Hospital to speak with Pryor, “who had arrived there in critical condition by private means just after 4:30 a.m.”
Cops add, “Upon further investigation by detectives in the Violent Crimes Unit, it was learned the male’s injuries were incurred during an earlier dispute inside an apartment on the 200 block of Heinz Street on the city’s North Side. During that altercation, a female victim also received injuries.”
“After consultation with the Allegheny County District Attorney’s Office, police have arrested two people believed to be mutual combatants in this incident.”
NFL wide receiver, and ex-Ohio State QB, Terrelle Pryor is hospitalized after he was stabbed overnight in Pittsburgh.
Terrelle was reportedly at his apartment when the violence broke out. Police have a woman in custody in connection with the stabbing, according to WTAE. However, it’s unclear at his point if she’s the alleged attacker or just a person of interest.
A witness tells TMZ Sports … a friend drove Pryor to a hospital for treatment, and ESPN’s Adam Schefter is reporting he’s in critical condition after surgery to treat stab wounds to the shoulder and chest.
Terrelle is currently a free agent, after the Jacksonville Jaguars released him this season, but he’s best known for his years leading the Ohio State Buckeyes … from 2008 to 2010.
During his NFL career, he’s played for 9 teams, including the Raiders, Chiefs, Browns, Redskins, Jets and Jags.

And, because it’s rivalry Saturday … it’s worth mentioning Terrelle went 3-0 against Michigan when he was QB1 for OSU.
Originally Published — 7:14 AM PT