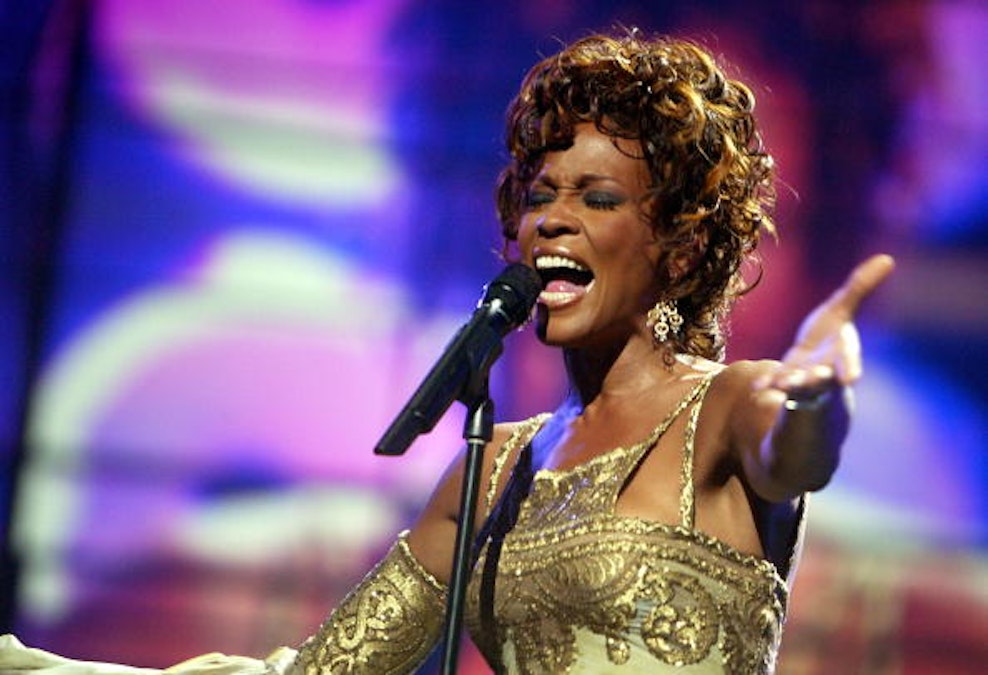 Cashing in on the era of posthumous celebrity gossip, the late-Whitney Houston’s former best friend Robyn Crawford has now claimed in an explosive memoir that the two engaged in a lesbian relationship in the early-80s.According to People, Crawford writes in her memoir, “A Song For You: My Life with Whitney Houston,” that she is now sharing this new information about their alleged romantic affair so that the world would know the real Whitney Houston.“I’d come to the point where I felt the need to stand up for our friendship. And I felt an urgency to stand up and share the woman behind the incredible talent,” says Crawford.The two apparently met in 1980 when Crawford was 19 (Houston almost 17) while both serving as counselors at an East Orange, New Jersey summer camp. Crawford recalls telling Houston, “I’m going to look out for you.” For the next two decades, Crawford would become Whitney Houston’s closest confidant as she rose to international stardom.“We wanted to be together, and that meant just us,” Crawford says of the relationship, which allegedly ended after Houston signed a record deal with Clive Davis at Arista.Crawford said that while their friendship carried on, their “physical” relationship ended after when Whitney Houston bequeathed her a slate blue Bible one day in 1982, claiming that people would use their alleged intimacy against them. Crawford also claims that Whitney Houston’s gospel singer mother, Cissy Houston, highly disapproved of their being together.“She said we shouldn’t be physical anymore, because it would make our journey even more difficult,” Crawford writes in the memoir.  “She said if people find out about us, they would use this against us, and back in the ’80s that’s how it felt.”“I kept it safe. I found comfort in my silence,” she continues. “Whitney told me her mother said it wasn’t natural for two women to be that close but we were that close.”We never talked about labels, like lesbian or gay,” adds Crawford. “We just lived our lives and I hoped it could go on that way forever.”Crawford said that Whitney “loved” her and the feeling was mutual: “Whitney knows I loved her and I know she loved me. We really meant everything to each other. We vowed to stand by each other.”Crawford now lives with her partner, talent agency executive Lisa Hintlemann. She hopes the memoir will “life” Houston’s legacy to a new horizon.“I wanted to lift her legacy, give her respect and share the story of who she was before the fame, and in that, to embrace our friendship,” writes Crawford.As stated earlier, Crawford’s memoir comes during a trend of posthumous celebrity gossip, which took a wild turn last year when former Hollywood sex worker 95-year-old Scotty Bowers, claimed that he had sex with Cary Grant and arranged lesbian hook-ups for Katherine Hepburn.“I f****d Bette Davis in World War II when she was married to a guy,” Bowers claimed in a documentary. “I used to fix her up with tricks, and we used to have three-way deals. I went to bed with J. Edgar Hoover. He was in drag. He was not a great beauty either, you know, but I was treating him just like he was a girl.”Earlier this year, an explosive book from journalist Craig Bennett also claimed that actor Mickey Rooney “wore out” the casting couch during his Hollywood heyday, though Rooney’s daughter, Kelly Rooney, strongly rebuked this depiction of her father.“It saddens me people have to reach back, look at some of these amazing Hollywood legends and tear them down,” Kelly told Fox News. “It’s just like what’s happening in politics — everyone’s gotta tear everybody down. I would love to stay away from that type of negativity and instead show a respectful light on my father, just like any of his children would.”