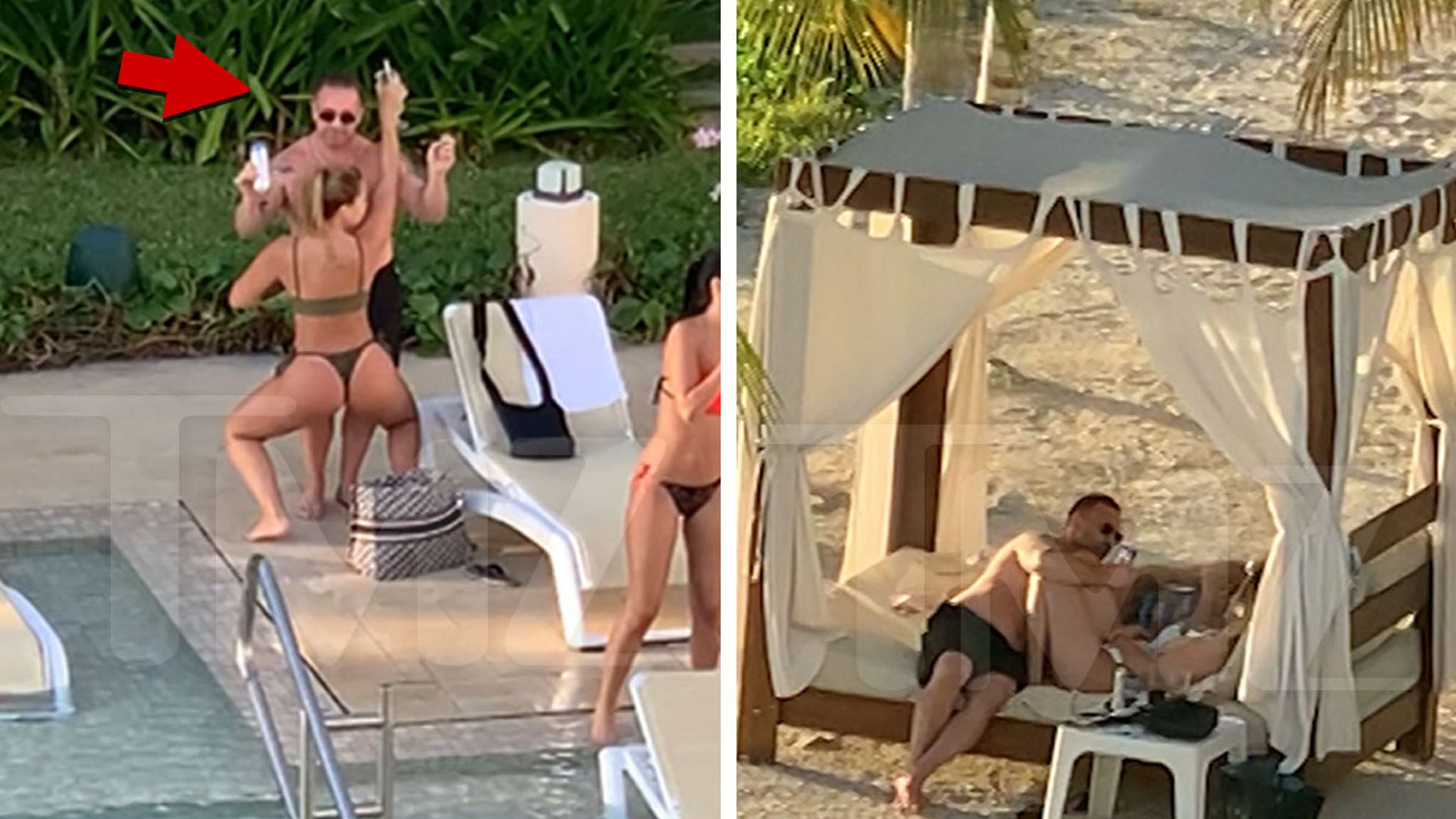 Joe Giudice is moving on from Teresa Giudice with ease — and by that, we mean he’s got one, two, three, four …. lots and lots of options, basically.
The ‘RHONJ’ star was down in Mexico over the weekend at a place called Isla Mujeres. That translates to Island of Women … and, lord, did it live up to the name. Take a look — Joe, who seemed to be on a boys’ trip, was absolutely surrounded by gorgeous babes.

They were pretty into him too from the looks of these photos and videos TMZ obtained. At one point, Joe was seen dancing with some of the girls at a hotel called Izla. Later, he was spotted cozying up with a couple other gals under a cabana on the beach. Heyooo!

Of course, Joe’s single right now … so no harm, no foul. He and Teresa officially split last month after growing and living apart for several years now. No one’s filed for divorce or a legal separation, but it’s clear they’re both moving on and dating other people now.
In fact, we just saw Teresa with a new/not-so-new boo thang not too long ago in Jersey. Apparently, it’s an old flame of hers … who was also on the show as the family’s pool boy man.
Welp, Joe’s doing his own thing as well. And, loving every second of it from what we can tell.